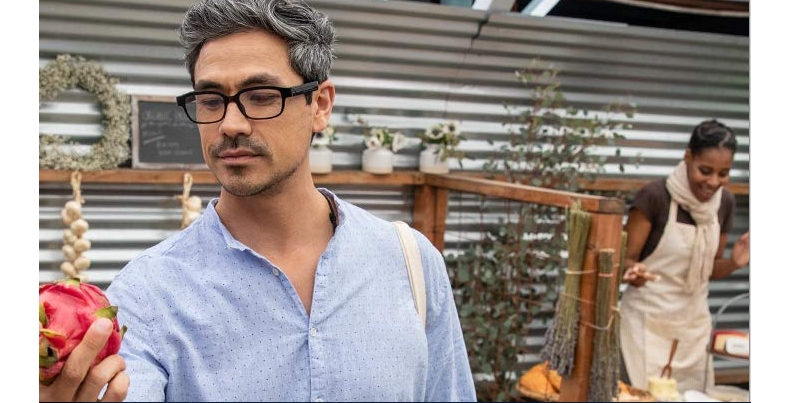 Amazon wants its Alexa voice assistant to leave the home and be with you everywhere you go, and is turning to wearable technology to achieve this.

Unveiled at an event in Seattle on Wednesday, Amazon’s new Echo Frames smart glasses, Echo Loop ring and Echo Buds aim to put Alexa on your face, your hand or in your ears.

The $179.99 (£146) Echo Frames are equipped with directional speakers similar to the Bose Frames smart glasses, and have microphones for Alexa, which connects to a phone to read out emails, text messages and other information. The smart glasses do not have a display or camera – seeking to avoid the stigma associated with Google’s Glass – but can be equipped with prescription lenses.

The $129.99 Echo Loop is a smart ring that vibrates to alert users of notifications, while built-in microphones and a speaker can be used to interact with Alexa – an experience attendees in Seattle described as being akin to “whispering a secret to Alexa”.

The Loop and Frames will have a limited release in a trial from its skunkworks hardware development division. But the Echo Buds, competitors to Apple’s AirPods, will get a wide release costing £119.99 in the UK and $129.99 in the US.

They feature a true wireless design, Bose active noise reduction technology and, of course, integrated Alexa functionality similar to that provided by Siri with second-generation AirPods.

Geoff Blaber, the vice-president of research for the Americas at market analysts CCS Insight, said: “Amazon is doing what it does best. Entering new categories with new features and disrupting aggressively on price.

“With Echo Frames and Echo Loop Amazon is offering consumers the opportunity to help it experiment in new areas. The more Alexa usage grows, the lower hardware pricing becomes. This should be a significant concern for Amazon’s competitors.”

Amazon also launched a deluge of other Alexa-powered devices, including a smart oven, an updated Echo Dot (£59.99) with an integrated clock, an improved standard Echo (£89.99), the smaller and cheaper Echo Flex (£24.99) that plugs straight into the wall, a premium sound Sonos One competitor called the Echo Studio (£189.99), an 8in Echo Show 8 (£119.99) smart display and the Echo Glow smart lamp for kids. It also launched a pet tracker called Fetch powered by its new long-range, low-power networking technology called Sidewalk.

Amazon’s Ring also launched a cheaper indoor security camera and its Eero division launched a line of mesh wifi systems that integrate with Alexa and aim to undercut the competition on price.

Looking to assuage privacy fears as Alexa ventures out of the home and into every part of customers’ lives, Amazon also announced some changes to the way it handles voice data, including the ability to automatically delete voice recordings every three or 18 months.

Amazon also said it has improved the software responsible for listening out for the wake word “Alexa”, increasing accuracy by 50% in the last 12 months and reducing false activations as a result. Errant activations and the potential for them to end up recording private conversations have been a focus of privacy concerns.

Amazon’s head of devices, Dave Limp, said the company was committed to privacy, making it “foundational” to every device, arguing a service “can’t be private unless you give [customers] this control” over use of their data and recordings.

The firm also launched its first celebrity voice for Alexa: actor Samuel L Jackson, which will cost $4.99 and be available in a “clean” version for those who do not want to hear Jackson curse. Amazon said other celebrity voices would be added next year.