“To me clothes are an atlas of emotions. For this collection I tried to map what was in my head,” Gucci creative director Alessandro Michele on the Women’s Spring Summer 2016 Collection presented in ex Scalo Farini, Milan on September 23, 2015. 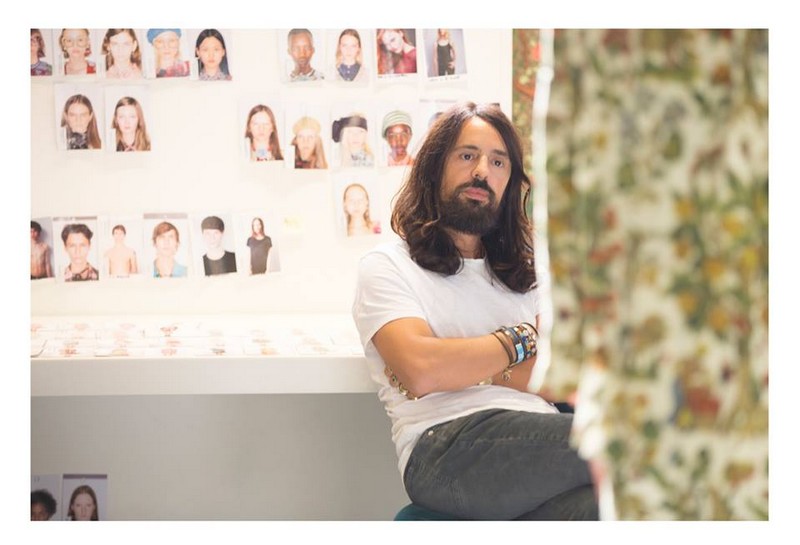 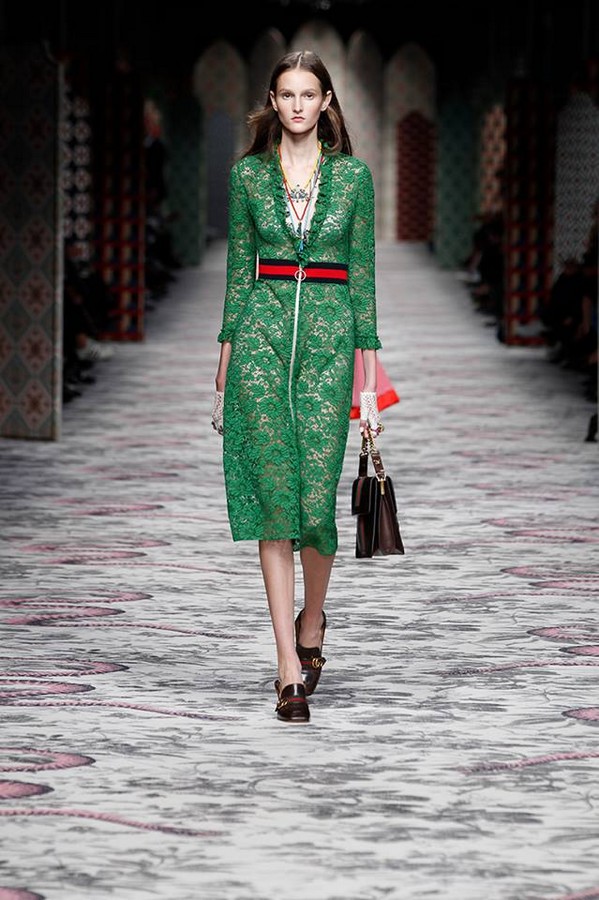 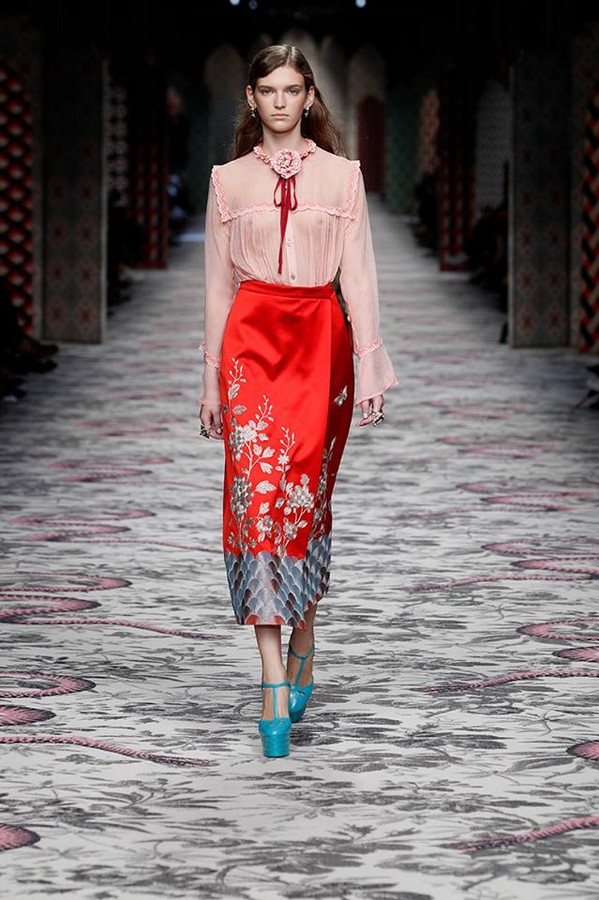 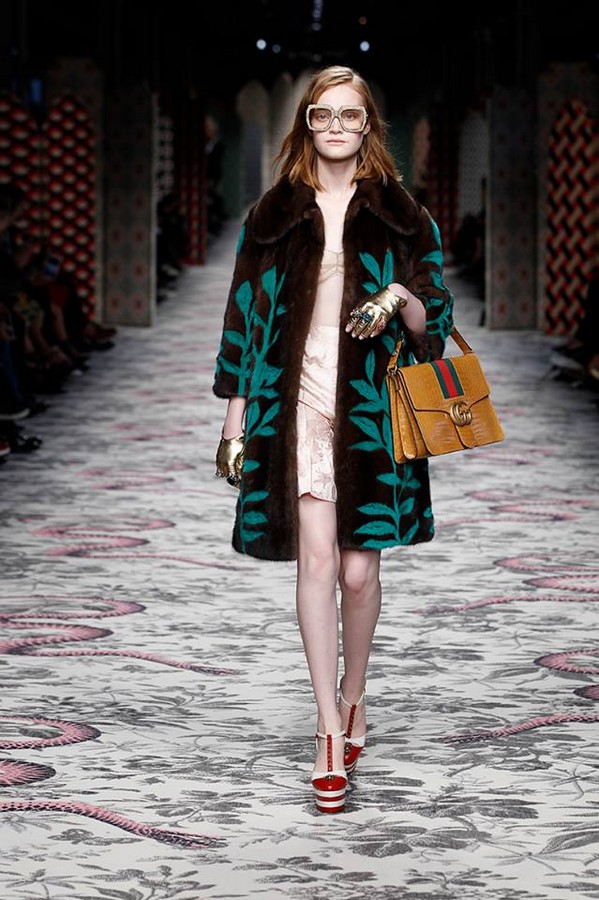 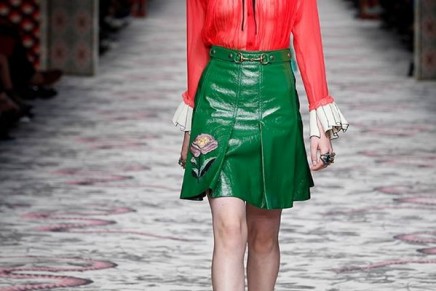 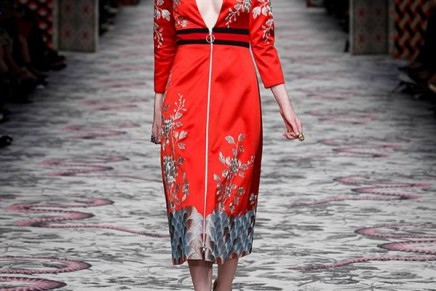 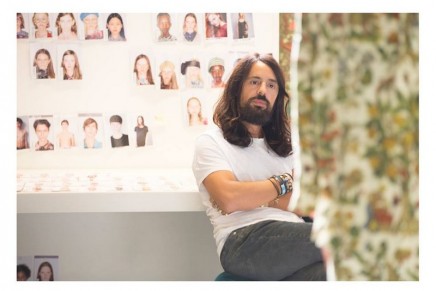 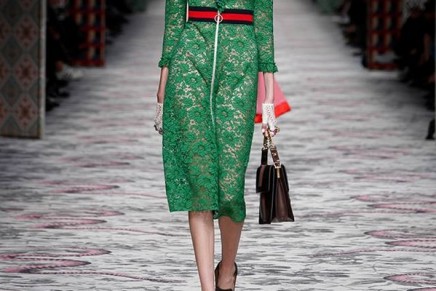 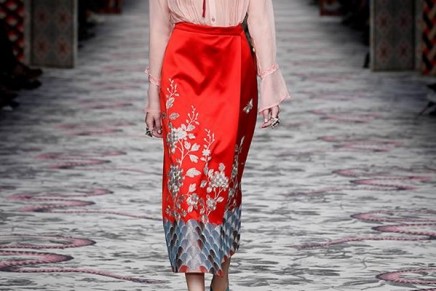 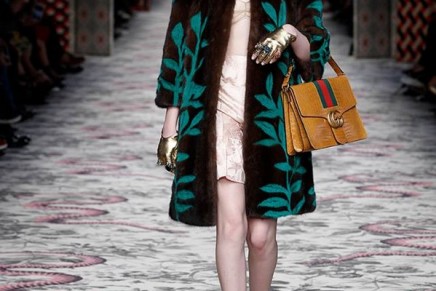 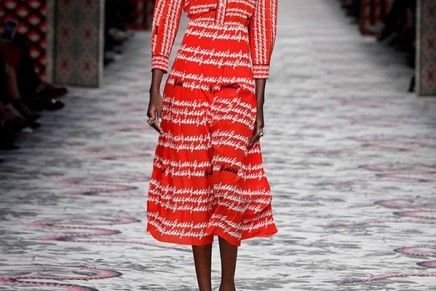 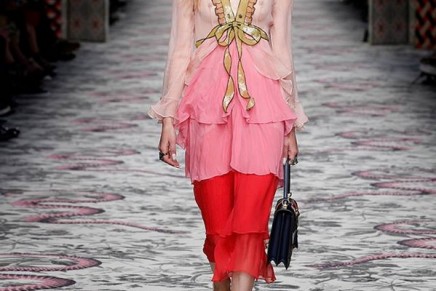 Alessandro Michele has changed what the Gucci loafer means. At the beginning of 2015, before Michele’s promotion from accessories to the design hot seat, the shoe was an international symbol for smooth, establishment sophistication and a certain type of expensive-restaurant sex appeal. After two seasons of Michele’s Gucci, the loafer – backless and fur-soled for autumn, raised on a pearl-studded heel for spring – stands for surrealism, androgyny and an avant-garde kind of luxury.

The reinvention of Gucci has been the fashion industry story of the year so far. A label that arguably stagnated under designer Frida Giannini, retreating from the sex-and-rock’n’roll image it had had under Tom Ford without finding a new direction, has invented an aesthetic – dubbed the glam Gucci geek, or the glitter geek – that is now setting the fashion agenda. As a result, Michele’s second major Gucci womenswear collection was the most high-stakes show on the Milan fashion schedule this week. Having written a gripping opening to his new Gucci story, the question now becomes whether Michele can sustain the momentum.

This season, the show venue moved from the theatre in central Milan which was favoured by both Giannini and Ford to a disused railway depot. Disused railway depot is, of course, fashion week shorthand for raw and edgy, a message underlined by the pouring rain that clattered on to the corrugated iron roof. The designer sent out a message that contrasted with the slick old-Gucci aesthetic in another way. Where once upon a time a Gucci invite could be replied upon to be a slab of expensively embossed gold paper or a scrap of white leather, this season it was a delicate pink mesh envelope, hand embroidered with tiny red roses.

There is no faulting Michele on the grandness of his vision for Gucci. These were not just clothes, he explained on notes handed out before the catwalk show began, but “psycho-geographic maps capable of recording the urban unconscious”. His vision for the show was based on two concepts, both of which are about the relationship between physical geography and maps, on the one hand, and the internal landscape of thought and emotion on the other. First, the Situationist concept of a derivé. This is an unplanned walk through urban landscape, the route determined by the walkers’ instinctive reactions to their surroundings, with new experiences and the discovery of both landscape and oneself as the objective. Second, Madeleine de Scudéry’s 1654 Carte de Tendre, a drawn map of a female emotion that shows how the road to tenderness winds via the village of love letters, and maps how a small detour could lead to a sad end in the lake of indifference. To Michele, clothes are “an atlas of emotions”. He said backstage that he had “tried to map what was in my head”.

The collection built on last season’s ideas. Frump-length skirts came in disco-dolly fabrics; spectacles and plaits gave a nerdy edge to printed silk dresses. A green trouser suit was worn with a pink pussy-bow blouse, berets and neck ties and brightly coloured suitcases leant an eccentric glamour. The establishment of a core aesthetic is commercially essential, because the brand is currently designing new stores and packaging to fit Michele’s vision, and these will need to chime with collections some years in the future. (The Milan flagship, the first to be redesigned, is losing the wood panelling and gold hardware in favour of marble and velvet.) Michele’s background as an accessory designer came through in a new higher profile for handbags and shoes, with colourful and playful takes on the house classics.

If Gucci is to set the fashion pace, newness each season is essential. This season there was just enough – more heels, more sheer fabrics, more femininity. The aesthetic moved away from androgyny to something more female. (De Scudéry’s Carte de Tendre is considered something of an iconic feminist document, its public exploration of the complexity of a woman’s inner life being ahead of its time in the 17th century.) The backless, high-heeled loafers and racing-striped handbags have enough mainstream appeal to bring the Gucci customer along on Michele’s ride. For one more season, at least, he is leading the pack.