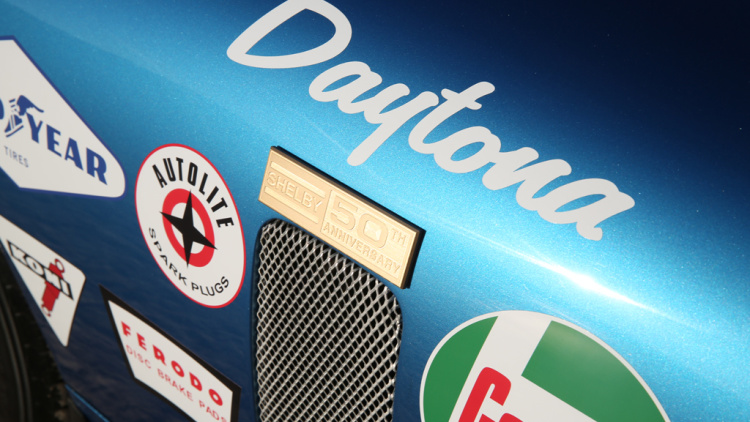 Here is a rare opportunity to snag a piece of performance history. To celebrate the 50th anniversary of their FIA World Championship, Shelby American announced a limited series of continuation Shelby Cobra Daytona Coupes. Only 50 cars, available in either aluminum or fiberglass, will be built, said the company.

“The legend of the Shelby Cobra Daytona Coupe is amazing,” said Gary Schechner, Shelby American Vice President of Marketing. “When Shelby American began racing the lightweight Cobra roadster, they were dominant except on the high speed straightaways of the European circuits. Shelby American tasked Peter Brock with designing a sleeker body for the small block chassis. The result was one of the most radical and now, iconic, racecar designs of all time. Peter’s design not only yielded greater top speeds, but also made the car incredibly aerodynamic and efficient.” 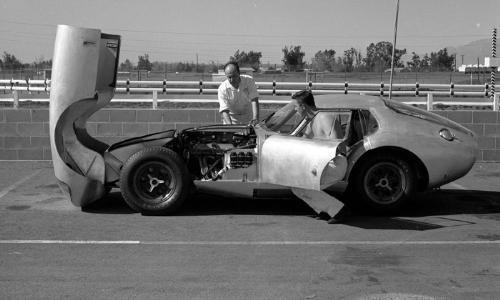 Shelby American began work on the first Daytona Coupe in Los Angeles during 1964. It quickly proved to be a winner, enabling Shelby American to dominate and win its Le Mans class that year and capture the International Manufacturer’s GT Championship in 1965.

This car helped a small American team beat a racing giant,” said Joe Conway, Co-CEO of Carroll Shelby International and CEO of Shelby American. “The tenacious Shelby American team fielded six sleek Cobra Coupes against the Ferrari juggernaut, winning the FIA Sports Car Championship on July 4, 1965. That is still the only time that an American team has captured the crown. To celebrate that achievement, we’re launching a limited series of anniversary cars that bring the legendary Shelby Cobra Daytona Coupe back to life.”

With only six original vehicles built, the racecar became one of the most coveted vehicles in the world. Worth millions of dollars each, ownership of one is almost impossible.

“After the success of our 50th anniversary edition Shelby Cobra big block roadster program, we were bombarded with requests to offer a limited edition Daytona Coupe that celebrated this important milestone,” said Keith Belair, Shelby American Chief Operating Officer. “We spent the last year carefully planning an aluminum car that is faithful to the six built during the 1960s. In addition, we developed an anniversary edition fiberglass version that is true to the spirit of the Coupe, but reimagined as if it had remained in production over the years.”

A combination of the 50 total specially badged anniversary Shelby Cobra Daytona Coupes will be built. This is the first time that Shelby has offered an aluminum continuation Daytona Coupe. 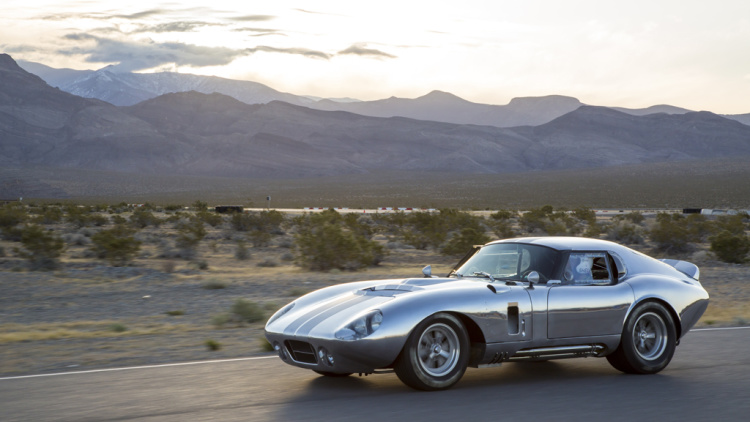 From the leaf spring suspension and tube chassis to the wooden rimmed steering wheel, the cars are period correct. While a variety of exterior colors is available, each will come equipped with a premium black leather interior, special badging, modern disc brakes and a stronger frame.

Shelby American began work on the first Daytona Coupe (CSX2287) in Los Angeles during 1964. It quickly proved to be a winner, enabling Shelby American to dominate and win its Le Mans class that year and capture the International Manufacturer’s GT Championship in 1965.

The fiberglass and aluminum cars will be unveiled at Gordon McCall’s Motorworks Revival on August 12 and be displayed throughout the weekend at the Rolex Motorsports Reunion inside Mazda Raceway at Laguna Seca. An aluminum car will be displayed at the Goodwood Revival in the U.K. to help celebrate the anniversary of the FIA World Championship where the original Daytona Coupes will be reunited. 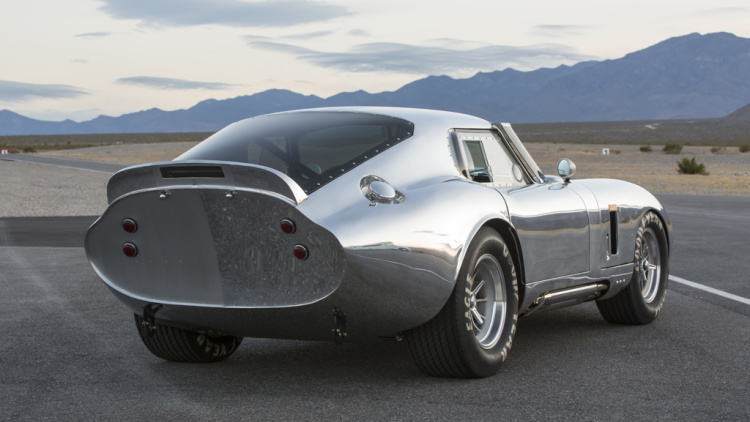 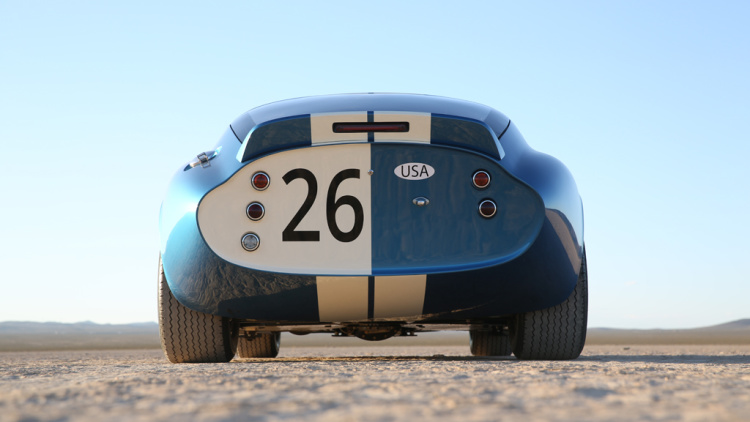 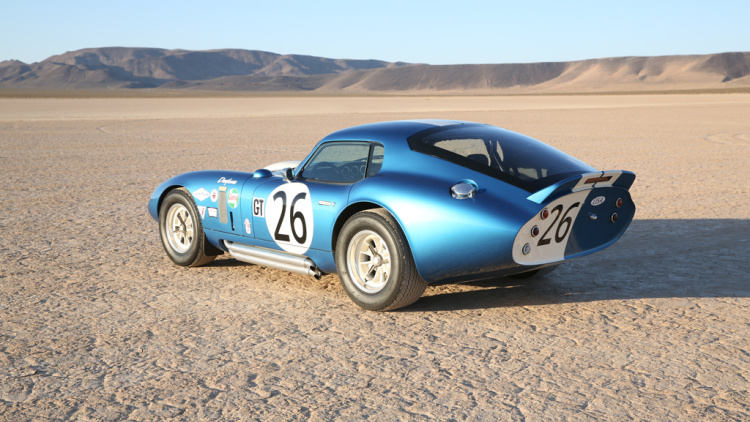 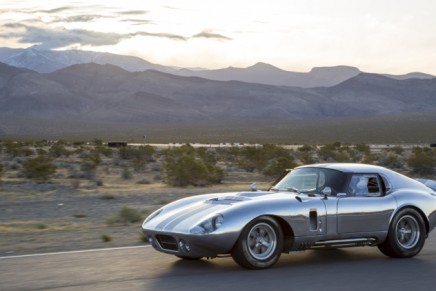 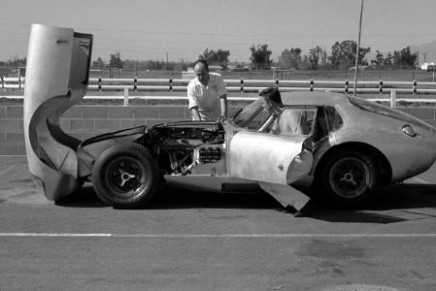 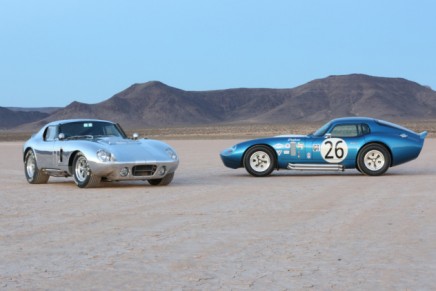 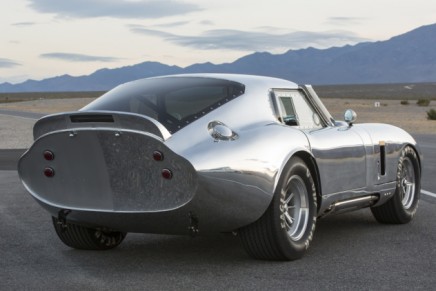 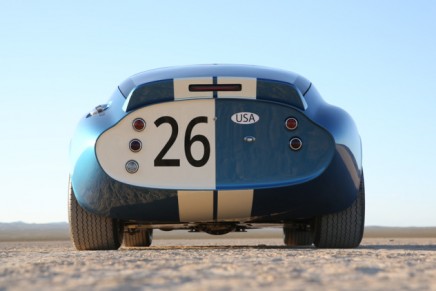 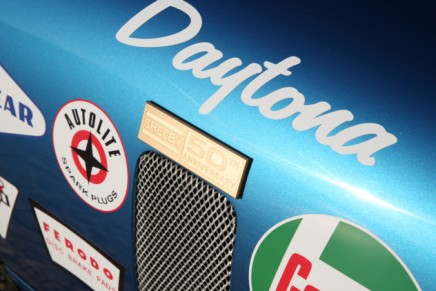 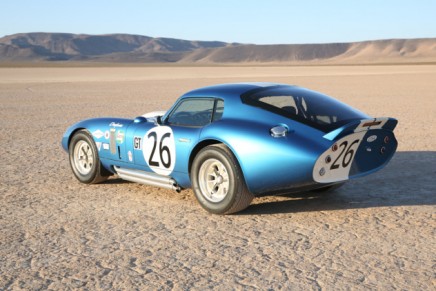