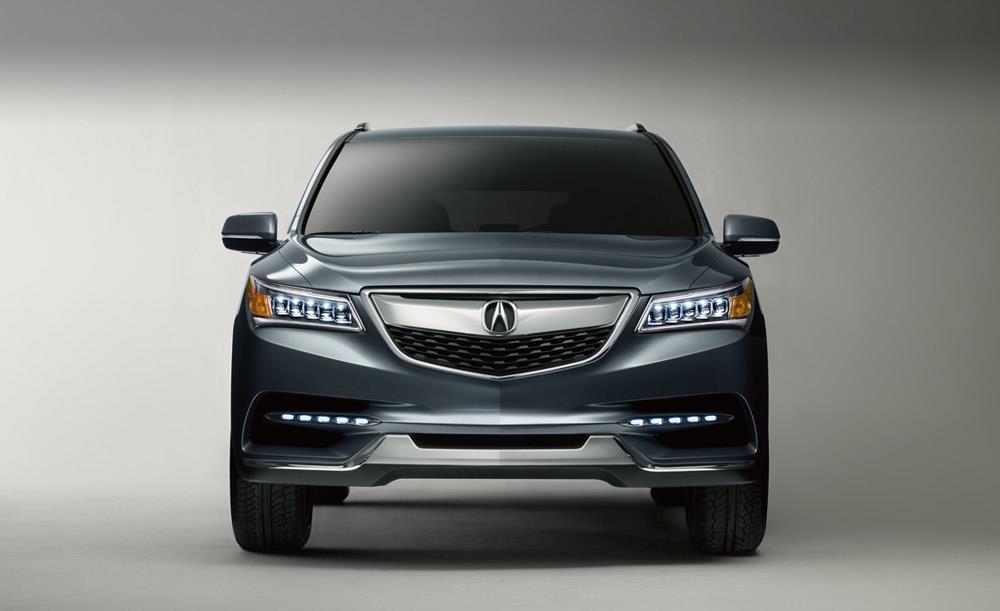 The production version of the newest member of the Acura family, the all-new 2014 Acura MDX will be unveiled at the 2013 New York International Auto Show. With its sharpened performance, efficient design, and refined cabin, the third-generation MDX aims to redefine the 7-passenger luxury SUV segment.

The 2014 MDX features a longer wheelbase that raises ride quality, increases second-row legroom, and improves third-row seat access. In addition, the 2014 Acura MDX harnesses a collection of Acura signature technologies, including the next-generation of the AcuraLink Connectivity System and Jewel Eye LED headlamps.

The new third-generation 2014 Acura MDX is equipped with a highly efficient direct-injected 3.5-liter i-VTEC V-6.engine. According to the official statement, the model is expected to achieve top-level safety ratings, including a 5-star Overall Vehicle Score from the NHTSA and a TOP SAFETY PICK+ rating from the IIHS.