Villa Godilonda in Castiglioncello, previously the residence of the Bulgari jewellers, is one of the most beautiful villas on the Tuscan coast. Named by the writer Gabriele D’Annunzio and frequented by Italian film stars, Godilonda has an impressive history.

Bulgari Jewelers’ famous villa has been bought by a businessman from Eastern Europe for six million euros, revealed Lionard Luxury Real Estate which negotiated the sale. Renovation work will begin shortly to create one of the most luxurious and beautiful hotels in the world.

It is said that Gabriele D’Annunzio, one of Italy’s most important writers, poets, playwright and politician, gave it the name Godilonda, from “godi l’onda” or “enjoy the waves”, after having spent a romantic and passionate night here at the beginning of the twentieth century. Built at the end of the nineteenth century, in 1924 it was bought by the American Carter family and after the war became the summer residence of the Bulgari family, before being transformed in the eighties into a hotel where famous Italian actors like
Marcello Mastroianni stayed while visiting Castiglioncello. In 2007 it was closed indefinitely.

Constructed on the extreme point of a promontory, the property is composed of the main villa of roughly 1700m2 with 8 bedrooms, a winter garden, a spa and 11000 square meters of park and Mediterranean scrub with a private beach. After the degradation of the last years, the villa can finally live again, and contribute to the relaunch of one of Tuscany’s most beautiful seaside resorts. 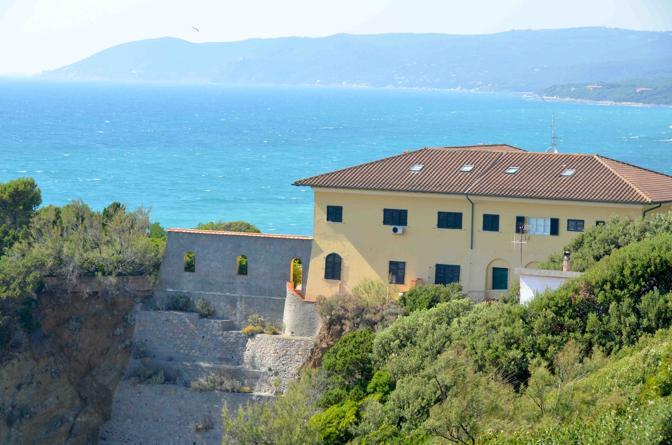 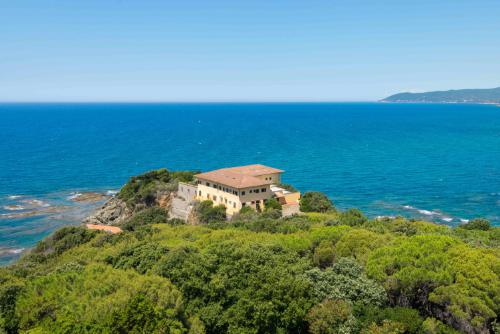 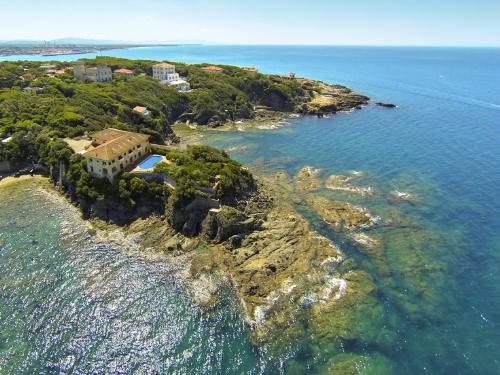