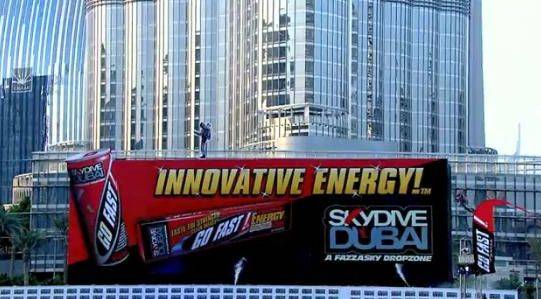 Skydive Dubai in association with Go Fast energy brand, the creators of the world’s most expensive billboard, utilized a Jet Pack to create this interactive billboard.

The seconds of flight time for the billboard in Downtown Dubai would cost a minimum of USD 500 per second. If the number of seconds in a month (60 seconds x 60 minutes x 24hours x 30 days = 2,592,000 seconds) is multiplied by USD 500, the total amounts to approximately USD 1.3 Billion for the month long fly time for the billboard.