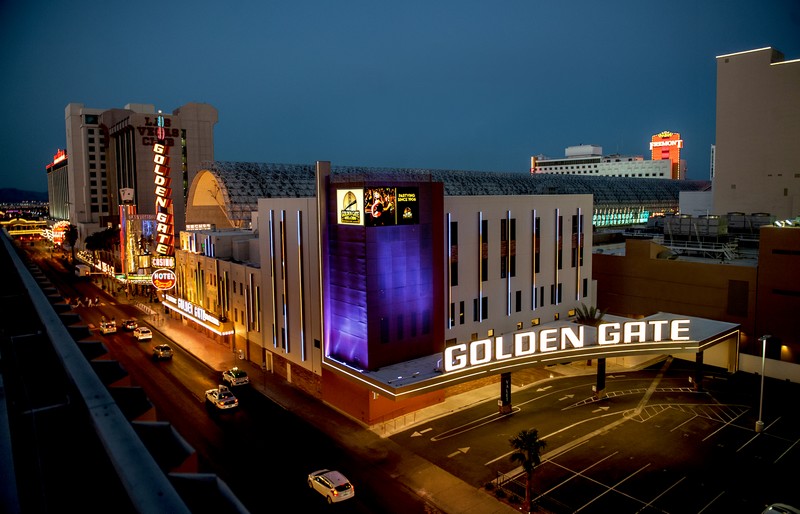 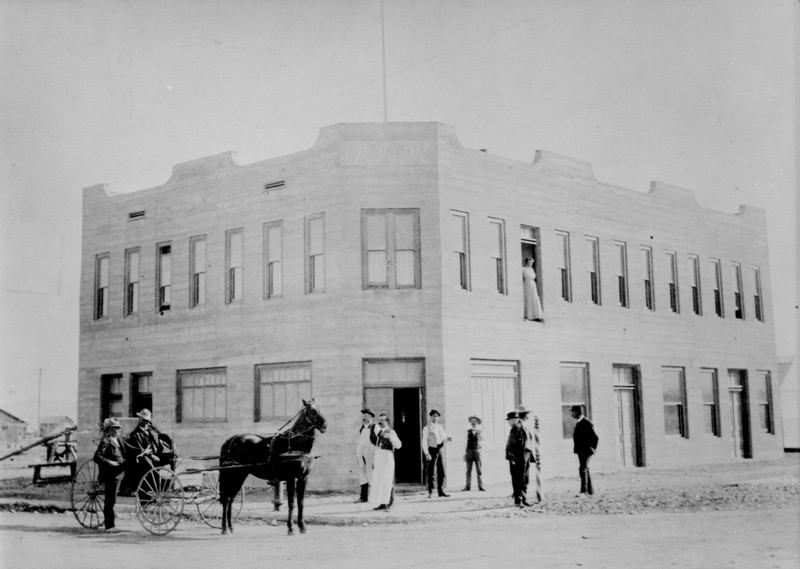 Golden Gate, Las Vegas’s first casino hotel, opened at One Fremont Street in 1906, gets a makeover. The landmark boutique property is celebrating the completion of its first major expansion in 50 years.

The property has been a major part of the history that shaped Las Vegas into the city it is today. The Golden Gate’s land was purchased for $1,750 in the historic May 15, 1905 land auction that signaled the birth of Las Vegas. When the hotel opened, room and board was just $1 per day. In 1907, it became home to the city’s first telephone, and the phone number was 1! In 1927, the property welcomed one of the city’s first neon signs – now synonymous with Las Vegas.

Now the building’s original façade has been restored with the addition of a modern digital marquee and contemporary LED lighting accents representing pinstripes from the roaring 20s.

A new lobby is lit by a vintage “Hotel” sign that previously adorned Golden Gate’s Main Street exterior, and features hotel artifacts including original 1907 gaming ledgers, an authentic model of Vegas’ first telephone and Prohibition-era whiskey bottles found in the walls during construction.

Each of the hotel’s new luxury suites is themed with Swing era-inspired pinstriped carpeting, Art Deco accents, and a photograph of an iconic Las Vegas celebrity, many of whom frequented Golden Gate.

“The expansion and renovation of the Golden Gate preserves and enhances a Las Vegas legacy – not only this classic 106-year-old building, but the Las Vegas spirit and the mystique it embodies,” said President and Co-owner Mark Brandenburg. “Throughout the renovations, our goal was clear: remain true to our vintage Vegas character and deliver an experience that is original, people-centric and bursting with energy.”