A highlight of the international watch industry calendar, the Geneva Watchmaking Grand Prix is a yearly salute to the excellence of global watch production. 15 prizes honoured the year’s finest watch creations, including the supreme distinction, the “Aiguille d’Or”, which was awarded to Girard-Perregaux for the Constant Escapement L.M watch.

“Winning the Aiguille d’Or tonight is a genuine emotion that will stay with me deeply. I owe this amazing consecration to the work, passion and love of my team for the art of watchmaking” as quoted by Michele Sofisti, Girard-Perregaux CEO.

The prestigious international jury of this 13th GPHG brought together the skills of watch experts, collectors and authoritative figures in their
respective fields, who were called on-stage in turn to announce the winners of the various prizes. Notably, designer Philippe Starck, indian jeweller Viren Baghat, architect Jean-Michel Wilmotte, all keen watchmaking enthusiasts, officially presented the trophies to the CEOs of the prize-winning luxury brands.

Organised as a live link-up broadcast with New York and simultaneously translated into English for enthusiasts around the world, the ceremony was streamed live on Euronews, Worldtempus and on the official GPHG website. 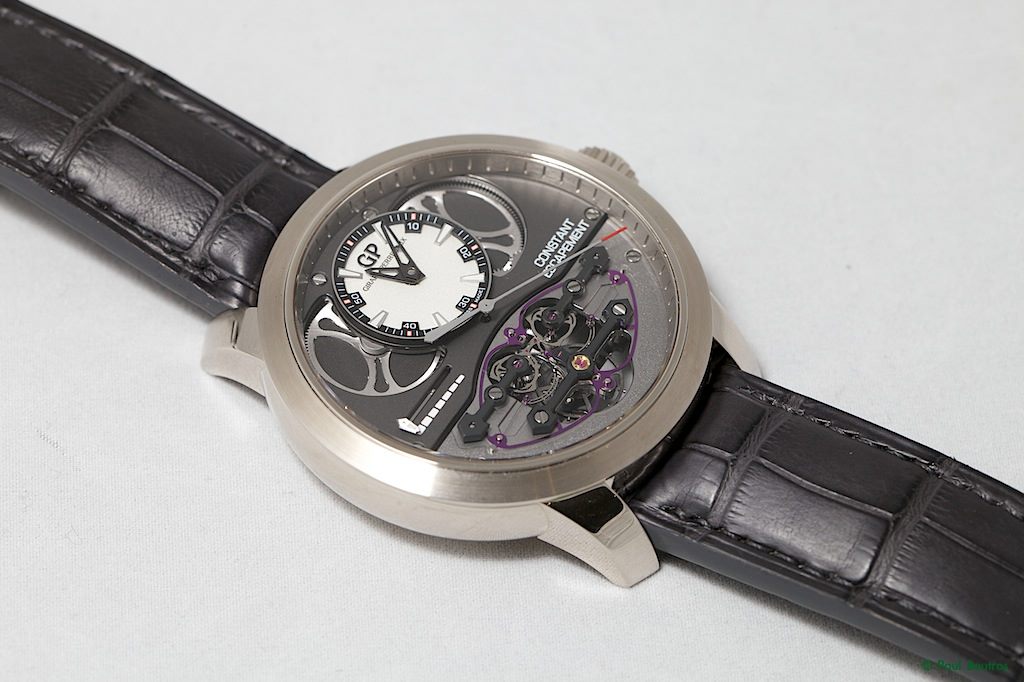 This year, the travelling exhibition presenting the watches pre-selected by the jury featured stopovers in Beijing, Macau, Dubai and Geneva. To
conclude this 13th edition, the prize-winning watches in the various categories are on show from November 21st to 28th at L’atelier by the Hour
Glass, in Singapore.