Teams from around the world gather in Monaco this week in preparation to race their boats during the Monaco Energy Challenge, a competition that “aims to stimulate the creativity of tomorrow’s engineers and the industry to develop propulsion methods using clean energy.”

The Monaco Energy Challenge is the world’s biggest green energy boat race with 35 teams from 20 countries entering electric, solar and hydrogen boats that compete in three different categories. A wide variety of teams – from university engineering students to commercial electric boat makers – will race in the Solar, Energy and Open Sea classes.

After a year of restrictions due to the pandemic, the 22 universities from Europe and rest of the world were finally able to show off the fruits of their research. It was their first confrontation on the water off Quai Rainier III, starting with the parade, followed by sea trials and an afternoon of qualifying heats for the green races. There was little room for error in the three categories in competition: Energy Class and its 19 protagonists, Solar Class (10 boats) and Open Sea Class (5 boats). The sun shone and sea and wind conditions were ideal for these prototypes of the future which tomorrow will have to demonstrate their seaworthiness, speed, endurance, manoeuvrability and above all reliability.

The three classes of futuristic boats in Monaco were invited to show off their advantages, silence, performance and economy, in bespoke events for each, the Energy and Solar classes racing round a half nautical mile course, aiming to do as many laps as possible off the main harbour wall. Before the big 16 nautical mile Monaco-Ventimiglia-Monaco race, they also had to prove how well their vessels manoeuvre in a restricted space. Docking, reversing, mooring recovery, 360°, buoy recovery – all the seamanship exercises required of a mariner, under the merciless sanction of the stopwatch. Lanéva Boat won ahead of Candela and Tenderworks.

Meanwhile in the Solar Class the Dutch Sunflare Solar Team who peaked at 14.37 knots look like serious contenders ahead of their compatriots from TU Delft Solar Boat de HAN Solar Boat, both posting speeds above 14 knots. But it was the Swiss from Swiss Solar Boat who was on the second step of the podium on the first day. In the Energy Class, the Italians from Bologna and their UniBoat set the best qualifying times, while the Polish from E-Racing Team, although over a minute adrift, seem well placed, as do the French from Mines Energie Challenge. 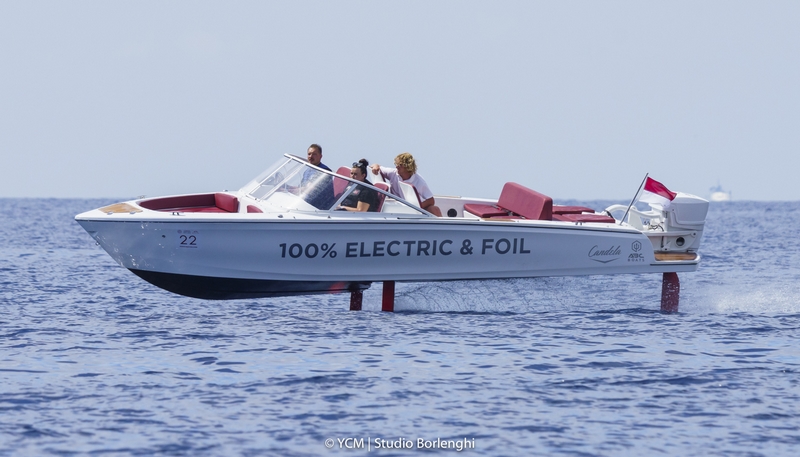 Energy Class
This is in effect a one design class, launched in 2018 by Yacht Club de Monaco which supplies each team with an identical 5m catamaran hull. Working with manufacturers, the students have to design the most effective and durable cockpit and propulsion system from a renewable energy of their choice, using a given amount of energy. These small 250kg prototypes are like mini-laboratories of innovation experimenting with a host of different approaches: fuel cell, heat recovery to optimise propulsion and artificial intelligence to name a few.

Solar Class
Boats must comply with a set of rules covering technical dimensions and power systems. In the Solar Class, a prototype is drawing energy from an onboard reserve continuously being recharged by solar panels on the deck. A match race (duel), slalom challenge and endurance course face this category that has been attending since the event was launched in 2014. With a length of 7m, these prototypes are capable of carrying their 140kg weight at nearly 25 knots!

Open Sea Class
Formerly called the Offshore Class, the Open Sea Class is open mainly to boats either on the market or about to enter it, and face a rally to Ventimiglia in Italy from Monaco and back, a coastal course of 16 nautical miles (29.6km). These boats are already impressing with their performance, as evidenced by Vita X which racked up 44 knots in absolute silence, apart from the sound of water flowing along its 10m length hull. The foil-equipped Candela C-7 meanwhile takes off fast and planes above any small chop.

While the 400+ international students were testing tomorrow’s solutions out on the water, Yacht Club de Monaco devoted this first day of action to a conference on energy transition for the yachting sector. Twelve speakers took turns during four session to give a broad overview of the environmental solutions available now for the industry and the avenues they can go down to reduce carbon emissions. Specialists, ecologists and economists all spoke of a solution that has the wind in its sails. Hydrogen is the object of much speculation and numerous studies and analysis. A round table will be devoted to it at the event, an opportunity for Monaco government representatives, and institutions from the Principality and neighbouring states to discuss the development and potential of hydrogen projects adapted to maritime and land mobility issues.

Innovations right down to the propeller

At the Monaco Boat Energy Challenge there is no limit set on innovation as long as it is working towards saving resources. The teamfrom Mines ParisTech have been working hard with Ferme 3D to develop a revolutionary propellor both in terms of its design and rate of return, printed in 3D, to take advantage of the flexibility this technology offers engineers. 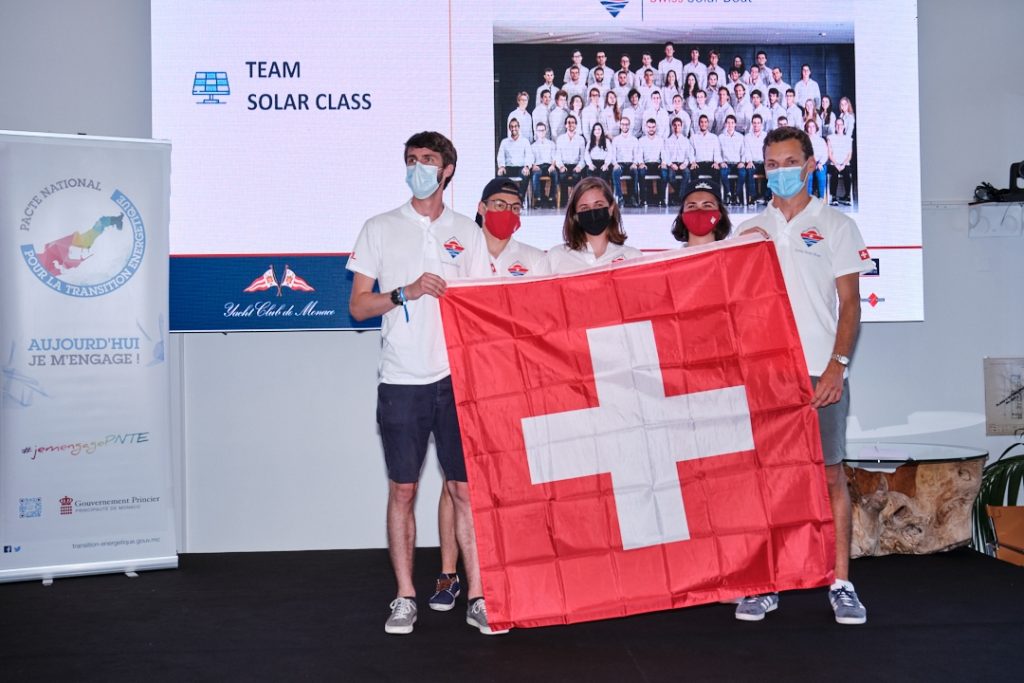 Seven metres in length, with solar panels and complex outrigger, that is expected to top 30 knots, the Swiss Solar Boat is no ordinary boat. Its asymmetrical aspect has earned it the name “Dahu”. Students from EPFL in Lausanne had the idea to develop and build it in the shape of a prao, an asymmetrical multi-hull inspired by Polynesian dugout canoes. The 60 students involved in this project made a good impression on the first day of the green boating event, their foiler “flying” at a respectable 17 knots round the course. 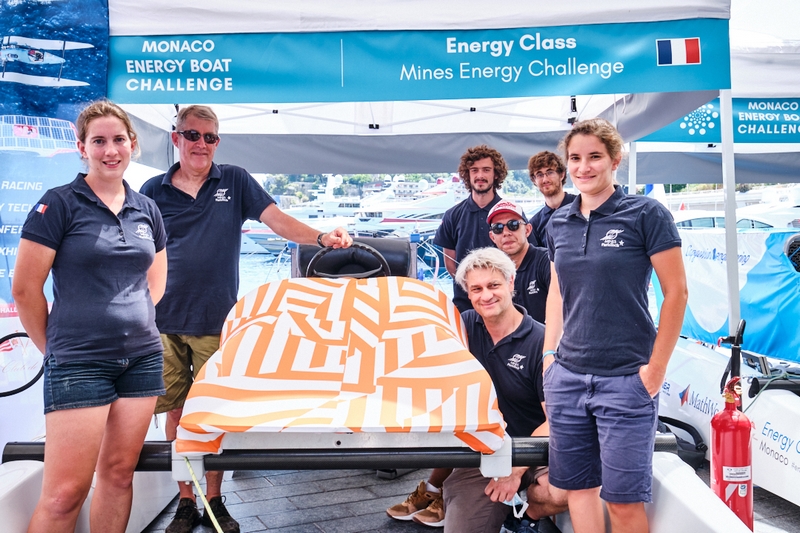 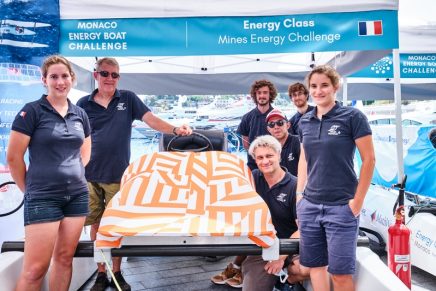 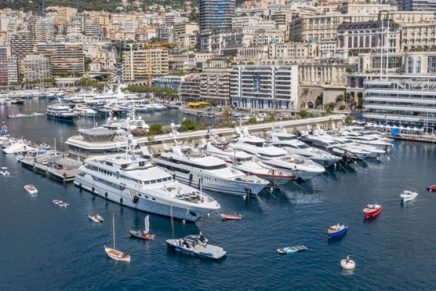 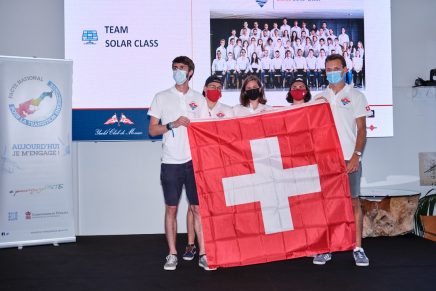 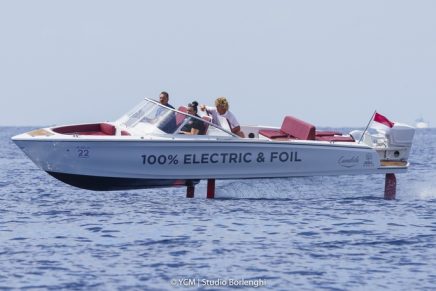