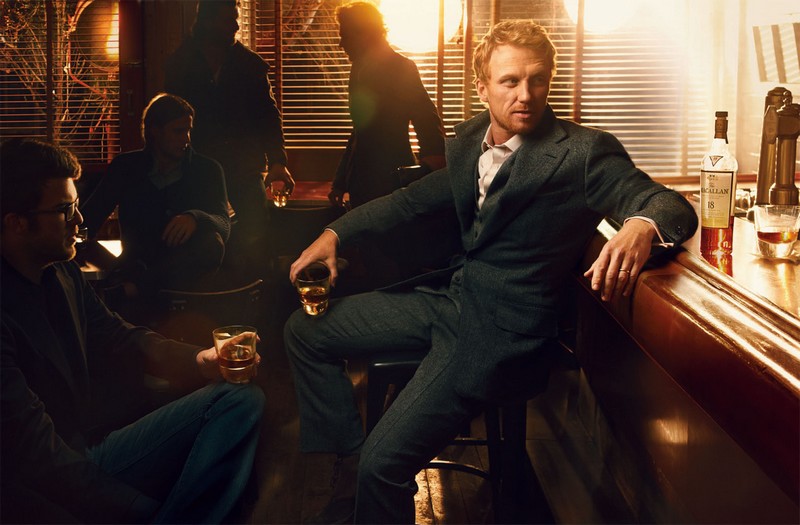 The Macallan Masters of Photography series features exclusive collaborations, marrying the art of whisky making with the artist’s interpretation of the world of The Macallan. Previous editions were authored by iconic photographers Rankin and Albert Watson.

This year, Annie Leibovitz, one of the world’s most influential photographers of the world, chosen for her exceptional skill and inimitable style, has captured four powerful images of The Macallan moments shot in and around New York City with Kevin McKidd, acclaimed star of TV drama “Grey’s Anatomy” and cult film “Trainspotting”.

“I am the first color photographer chosen by The Macallan for its Master of Photography series; prior to this I hadn’t realized how complicated and deep the distilling process is. That warmth and richness is what I tried to bring to the photographs,” said Annie Leibovitz.

The Macallan Masters of Photography: Annie Leibovitz Edition comprises 1,000 limited edition bottles, of which there are four different versions, retailing for $2,750 each. Each bottle contains one of four unique single malts, released for the first time, and crafted by whisky maker Bob Dalgarno.

A further four individually customised bottles of The Macallan 1949 from its exquisite and highly collectible Fine and Rare Collection and celebrating the year of Annie Leibovitz’s birth will also be released. Accompanied by a signed one-off gallery-sized print, they will be available with a reserve price of $25,000.