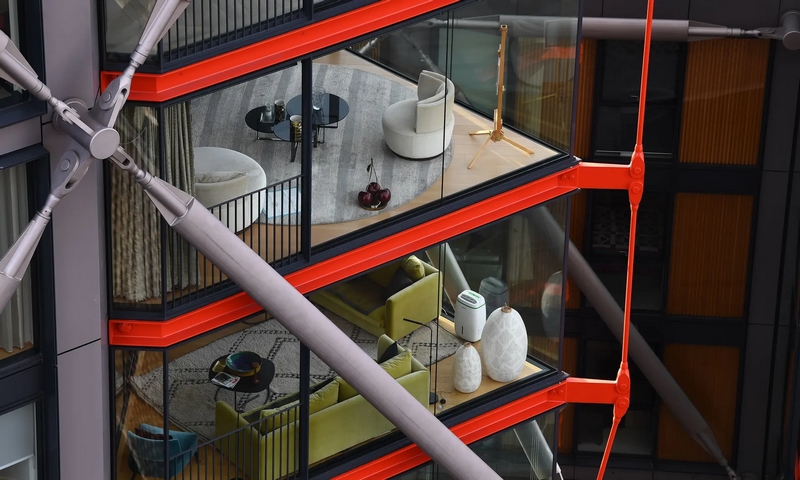 One of Tate Modern’s most popular areas, a top-floor terrace that offers spectacular 360-degree views of London, is to remain fully open after neighbours lost a privacy case.

More than half a million visitors a year get lifts up to the 10th floor of the gallery’s £260m extension and breathe in fresh air as they look out to St Paul’s, or the Shard, or the luxury interiors of expensive flats in the Neo Bankside development a little over 34 metres away.

But none of it was enough for owners of the £4m flats who complained of “near constant surveillance” because of endless peering, waving, photographing and even obscene gestures from people on Tate Modern’s terrace. Owners of four flats took the gallery to court alleging their rights to privacy were being breached under nuisance and human rights laws.

“The limited steps taken by the Tate to prevent visitors viewing into my clients’ apartments are ineffective,” she said. “Both my clients and their families will have to continue to live with this daily intrusion into their privacy. We are considering an appeal.”

In his 70-page judgment Mann does indeed state that residents could put up net curtains. They could also “lower their solar blinds”, “install privacy film” on the windows, or consider some well-placed tall plants.

The judge summarised evidence from residents in which they complained of being watched by gallery visitors who, on occasion, had even used binoculars to see inside their multimillion-pound flats. One said it felt like living in a zoo.

Another flat owner recalled visiting the terrace herself and overhearing someone say that the “rich bastards” who live there “deserved the intrusion that the gallery afforded”.

The judge visited both the flats and Tate Modern before making his judgment, calling the view from the Tate “rather splendid … though differing views were expressed in the case about the merits of the view of south London”.

A string of Tate bosses gave evidence including Tate Modern director Frances Morris. In his judgment Mann notes: “Her evidence seemed to give the gallery a degree of artistic and social importance that some might think was overstated.”

The judge accepted that there were “a significant number of people who demonstrate a visual interest in the interiors of the flats … Some look, some peer, some photograph, some wave. The occasions of obscene gestures are probably very rare.”

But he ruled that residents had created their own sensitivity by buying flats with floor to ceiling windows in the first place. He said the flats were “impressive” but the advantages of extensive glassed views “in effect comes at a price in terms of privacy”.

In his ruling the judge also said visitors can see into areas of the flats known as “winter gardens”, which were conceived by developers as “sort of indoor balconies” and not part of the living accommodation.

Residents use the area as living accommodation and so had created their own additional sensitivity to internal gaze.

“They have moved more of their living activities into a quasi-balcony area and provided more to look at. Had they not done that, there would have been less worth looking at – less to attract the eye – and fewer living activities to be intruded upon.”

Tate Modern has, since spring 2018, slightly reduced the amount of time people can use the viewing terrace.

It welcomed the judgment. A spokesperson said: “The level 10 viewing platform is an important part of Tate Modern’s public offer and we are pleased it will remain available to our visitors. We continue to be mindful of the amenity of our neighbours and the role Tate Modern has to play in the local community. We are grateful to Mr Justice Mann for his careful consideration of this matter.”