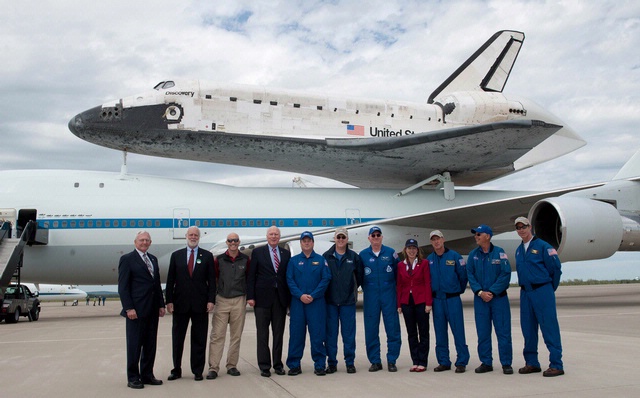 Space shuttle Discovery, the world’s most traveled spaceship, moved into its new home at the Smithsonian’s National Air and Space Museum in northern Virginia. Discovery, mated to a specially modified Boeing 747, landed at Washington-Dulles International, where it was de- mated from the Shuttle Carrier Aircraft and made ready for towing to the Museum for the Welcome Discovery ceremony on April 19.

The Smithsonian’s National Air and Space Museum planned a festival of activities — Welcome Discovery — to celebrate the acquisition of the Space Shuttle Discovery. The festival features four days of space-related activities, performances, appearances by space pioneers, films, and displays at the shuttle’s new home, the Steven F. Udvar-Hazy Center in Chantilly, Va. Activities at the Center kicked off on April 19 when Discovery was officially transferred by NASA into the Smithsonian’s collection in an outdoor ceremony open to the public.

Space Shuttle Discovery was operational from its maiden flight, STS-41-D on August 30, 1984, until its final landing during STS-133 on March 9, 2011. Discovery has flown more than any other spacecraft having completed 39 successful missions in over 27 years of service. 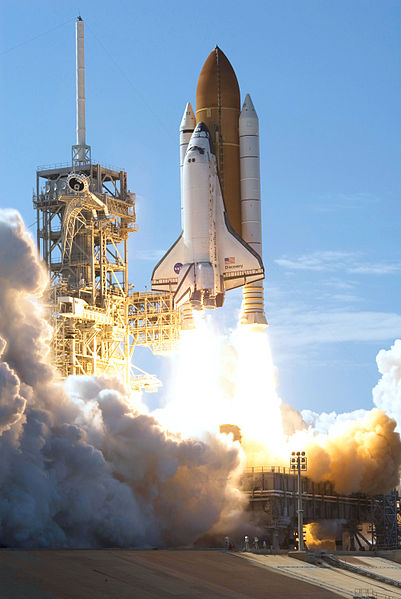