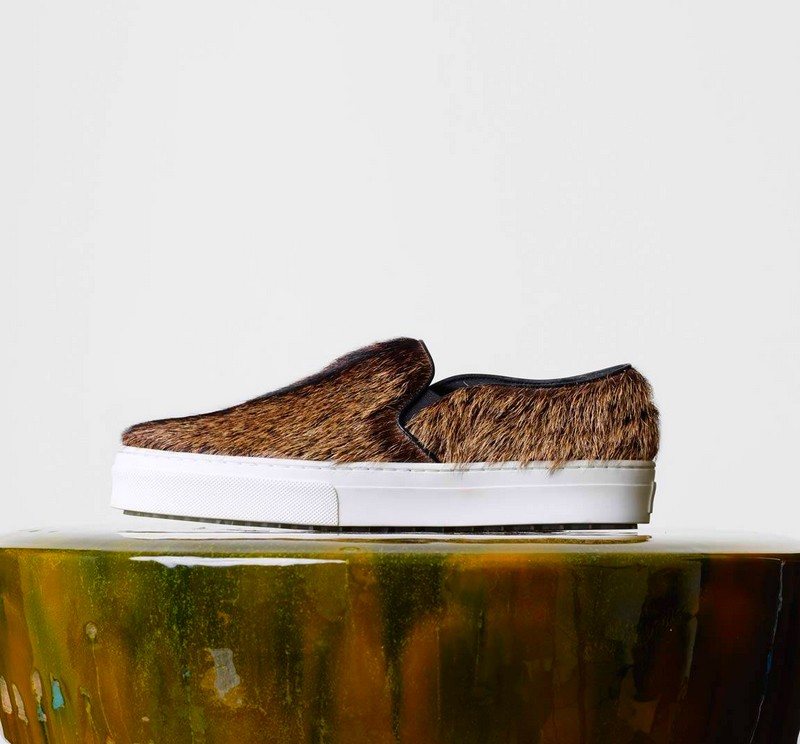 This article titled “Sneaker peak: how Phoebe Philo made trainers high fashion” was written by Hannah Marriott, for The Guardian on Thursday 5th November 2015 17.03 UTC

After years of stoically wearing four-inch stilettos, in recent times, fashion editors are taking pride in walking with ease, as trainers have become more fashionable – even among the manicured and glossy.

High fashion’s adoption of trainers has a lot to do with one woman – Phoebe Philo, the Céline creative director, whose pared back, androgynous designs are considered by many to be the benchmark for all that is tasteful. Philo’s determinedly feminist take on fashion has no truck with spindly heels, with the designer often seen in trainers backstage at her shows. And where Philo goes, legions of street style stars follow.

Related: The fashion edit: the top 10 white trainers – in pictures

This has been a pleasant, rubber-soled revolution, but it’s not a simple question of comfort alone. Details matter when choosing trainers: the right make and model can speak volumes about the wearer’s self-image, ambitions and pop culture credentials to those in the know.

Thanks to Philo’s personal dedication to the style, fashion’s favourite trainer has recently been the crisp white Adidas Stan Smith, although the designer has worn a raft of others too, including the New Balance 574 – also worn by Rihanna and Pharrell Williams – which was hailed by the Guardian as the “fashion shoe of 2013”.

The similarly cushioned Nike Air Max has been blessed with the Philo seal of approval and seen on Dizzee Rascal and Barack Obama. Philo was also involved in the big Vans revival of 2012: Céline produced luxe slip-ons reminiscent of skater shoes, and similarly shaped trainers then became all the rage.

As should be expected from a fashion trailblazer, Philo now seems to have moved on. These days she is often seen in low-heeled, wilfully awkward-looking leather pumps of her own design. Not that Céline has abandoned the trainer – yet. One of its key styles this season is a squelchy moulded shoe that costs a very un-Adidas £530.

What Philo has been doing is capitalising on something that genuine sneakerheads have known for decades: that the right trainers tap into a sense of nostalgia, such as teenage memories of Run DMC in Adidas Superstars or Damon Albarn in Adidas Gazelles, that makes them perennially cool. True fans stay loyal to these designs for years, whereas the fashion crowd has enjoyed adopting them – and all they represent – for a season or two.

That makes Kanye West’s award-winning work for Adidas feel particularly fresh: his designs look weird, Star Wars-esque, futuristic. They are attempting to move beyond nostalgia to create a new mould.