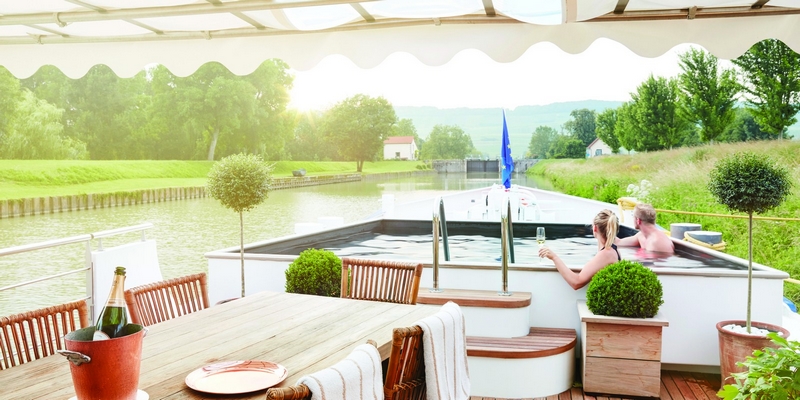 In 1966 Richard Parsons, a Reuter’s news reporter, had the idea to convert an old coal barge into a passenger ship accommodating 20 guests to travel along the French waterways. He had no idea that it would be the start of something special. It captured people’s imaginations and they returned – in droves.

Belmond Afloat in France has redefined inland cruising with its fleet of luxury barges (or péniche hôtels, as theyare known in France), which meander along the country’s bucolic rivers and canals.

The barges pass by some of the world’s most famous vineyards, so for those with an enthusiasm for the grapethis is a paradise. There are wine experts on hand to guide guests through the finer points of the newly launched Wine Academy — and even help them to negotiate deals on rare vintages to take home.

Operating from April to October, the barges wind sedately through various routes in Burgundy, Provence, Languedoc-Roussillon, and Alsace stopping along the way for lunch with legendary wine producers, visits to markets in medieval villages, or a hike up to a Cathar castle perched on a craggy hilltop.

Guests can book an entire barge (or even two in tandem) for their own exclusive use, or simply sail on a per-cabin basis. It’s the ultimate escape for family and friends, and a unique romantic getaway.

And this is barging with a difference – think en-suite bathrooms (some with baths), heated swimming pools,tastings of rare vintages, gourmet food, and antiques-decked interiors. There’s even a grand piano on boardone of the barges. And for guests who can’t escape the real world there is Wi-Fi, and all the latest gadgets tohand.

There are customized itineraries to captivate all imaginations, and all ages, from truffle hunting and go-karting,to hot air ballooning and horse-riding. Or to just simply be — drifting effortlessly along, past banks of yellow irises and fields of lavender, crossing sun-drenched plateaus with doe-eyed Charolais cattle, past dramatic gorges and rosemary-scented garrigues, where daily life is dictated by the rhythm of the vineyard. 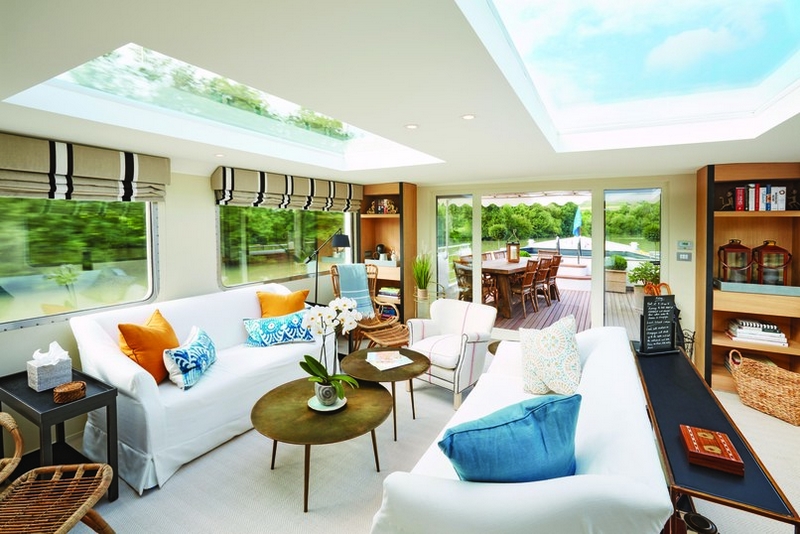 A serene exploration of France’s waterways: Meet the Belmond Afloat in France barges:

There’s Belmond Alouette, which glides along the Canal du Midi from Carcassonne to Béziers, for up to four guests.

Belmond Amaryllis hosts up to eight people and focuses on the vineyards, villages and cities of Burgundy, drifting from Dijon to St-Léger.

And that grand piano can be found on Belmond Fleur de Lys, with its ornate fabrics and four-poster beds, carrying up to six passengers from Dijon to Vandenesse-en Auxois.

Belmond Hirondelle takes up to eight, from Dole to St-Léger, and boasts a chef who can teach guests how to cook local speciality dishes.

Belmond Napoléon, the company’s biggest barge, is accommodating up to 12 passengers – think lavish feasts, iconic wines and cocktails sipped under the stars. 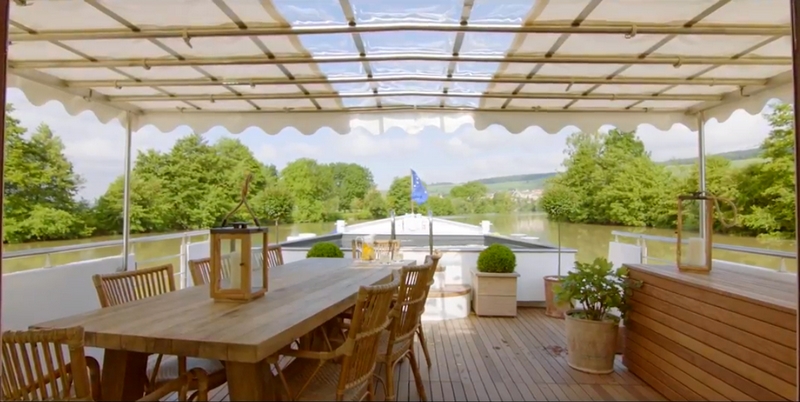 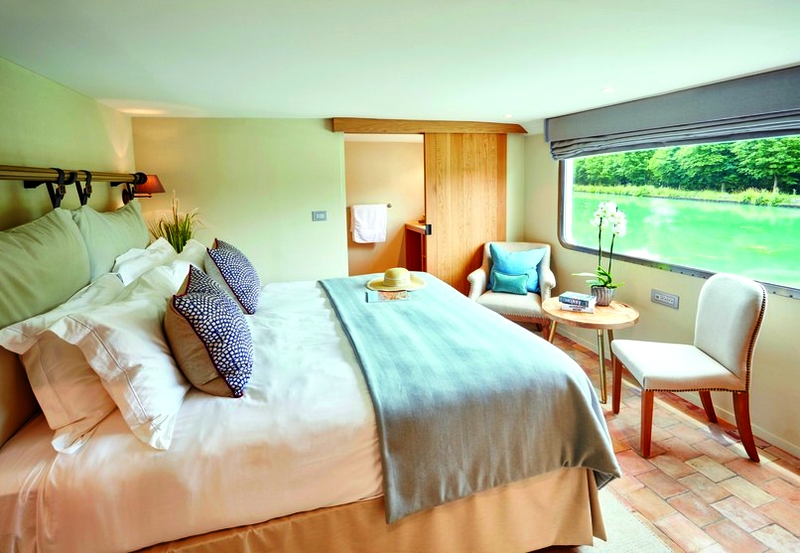 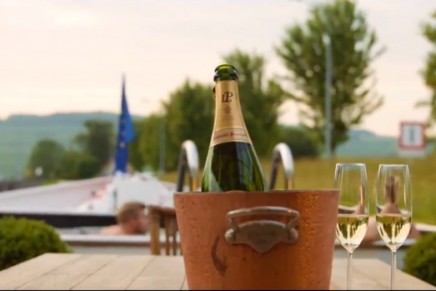 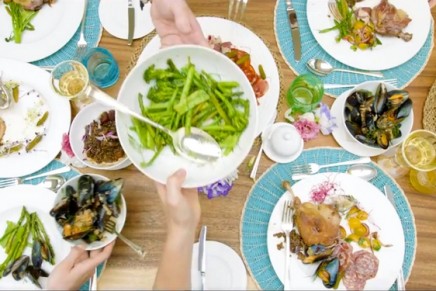 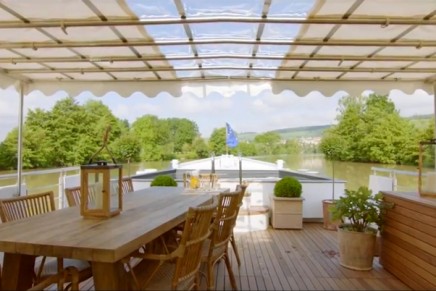 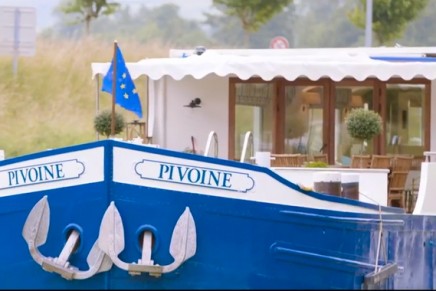 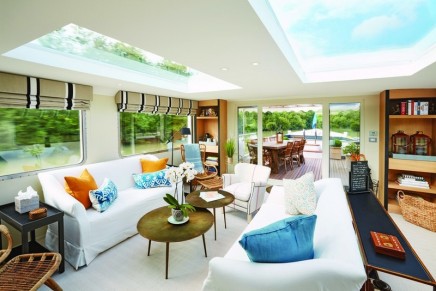 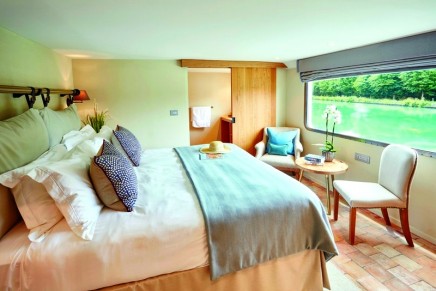 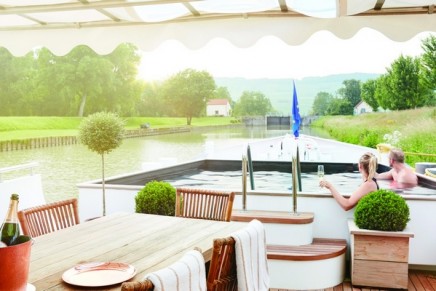