Celebrate the spirit of travel with six drivable adventures through Europe.

As travellers start to plan ahead and seek inspiration, Four Seasons celebrates the true spirit of travel with the
launch of six new Scenic Route with Four Seasons road trips that are as much about the journey as the destination.

Awe-inspiring views from the Corniche Road in the Côte d’Azur, vast rolling hills in the English countryside, and a
glimpse of the Vltava River from the Charles Bridge in Prague await. Offering a unique feast for the senses, the
road trips connect 13 captivating European luxury properties across six uniquely curated routes, taking in castles
and wineries, caves and cities, mountains and lakes, and much more.’ 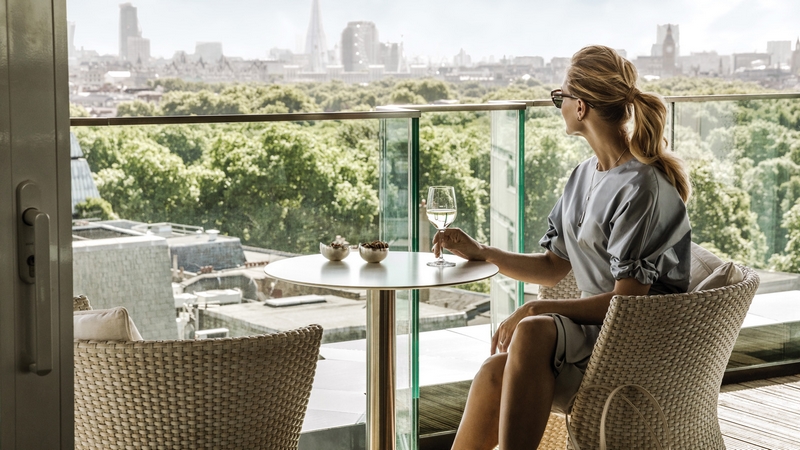 A Thoroughly British Jaunt: Between Hampshire and London

Discover hidden gems alongside renowned sights in this two-part quintessentially British road trip – the first 6
kilometres (3.7 miles) along the iconic River Thames between Four Seasons sister London properties of Park Lane
and Ten Trinity Square, and the second 83 kilometres (51.7 miles) from London to Four Seasons Hotel Hampshire
and its beautiful lush surrounds. Traverse centuries – as well as counties – from the contemporary art of the Tate
Modern to the fine countryside art of clay-pigeon shooting. Swop the Changing of the Guard at Buckingham Palace
for the cottage garden and writing rooms of 19th century novelist Jane Austen. Take traditional afternoon tea in the Royal Botanic Gardens at Kew before taking in the mysteries of Stonehenge. Despite being separated by a less
than two-hour drive, 5,000 years of wonder pack the route between these three Four Seasons British gems. 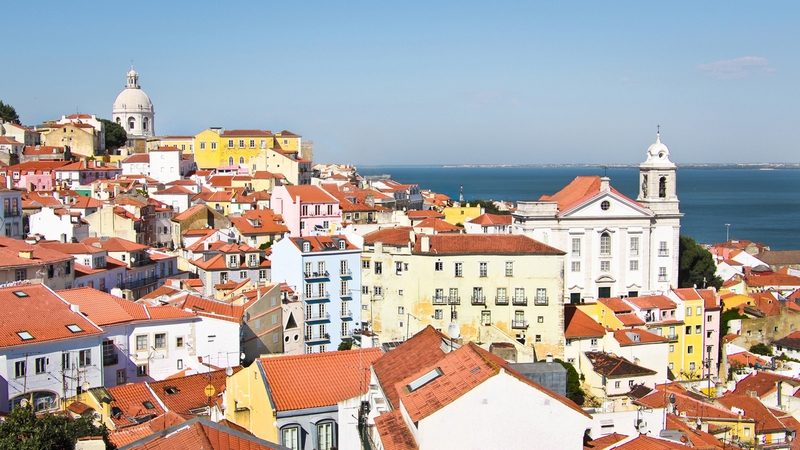 The Soul of the Iberian Peninsula: Between Lisbon and Madrid

From the heat of a flamenco performance in Madrid to the thrill of a sidecar photography tour in Lisbon, the 625-
kilometre (388-mile) journey between the contemporary flair of Four Seasons Hotel Madrid and art deco delights of
Four Seasons Hotel Ritz Lisbon offers a thrilling exploration of the Iberian Peninsula. The 6-hour day-trip drive takes in a cornucopia of UNESCO World Heritage Sites, medieval villages, buzzing cities, and coastal and mountainous beauty – with plenty of options en-route for an authentic taste of Spain and Portugal. Raise a glass to slow travel in bucolic Alentejo, one of Europe’s most exciting wine destinations. Step into a 14th century fairy tale in the tiny walled town of Reguengos de Monsaraz. Satiate taste buds in Badajoz, home of melt-in-the-mouth jamón Íberico, or marvel at the ancient majesty of Mérida where Roman ruins include the Temple of Diana.

An Alpine Odyssey: Between Megève and Geneva

Combining soaring mountain landscapes, beautiful lake views, and elevated cuisine, the scenic two-hour trip
between the chic Mont d’Arbois retreat of Four Seasons Hotel Megève and the tranquil lakeside location of Four
Seasons Hotel des Bergues Geneva weaves through the stunning French Alps. Alpine appreciation is available for
the taking on every inch of the 70-kilometre (44-mile) route, from views of Europe’s highest peak, Mont Blanc, to a
Swiss chocolate-making class and sunset lake dip in Geneva. A picnic overlooking shimmering Lake Annecy – one
of the most beautiful lakes in Europe – sets the scene for an adrenaline-fuelled afternoon paragliding from Col de la Forclaz. Equally awe-inspiring is the 7-minute cable car ride and 10-minute walk that brings intrepid adventurers to the remote farm of La Ferme de Lorette for a tantalising taste of Reblochon, a traditional cheese. 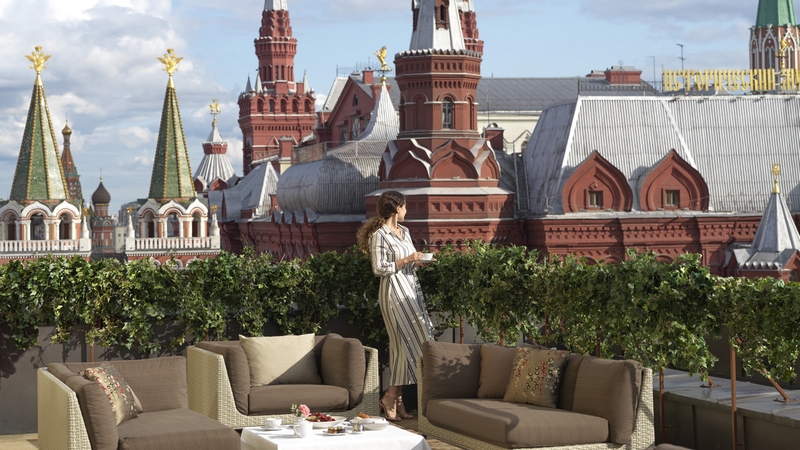 A Russian Tapestry: Between Moscow and St. Petersburg

From a backstage tour of the Bolshoi Theatre in Moscow to a caviar degustation menu in St. Petersburg, the 705-
kilometre (438-mile) road trip between Four Seasons Russian properties offers a tantalising immersion into the
country’s two stunning capital cities. Rich with impressive architecture, natural beauty, and vibrant culture, the 8-hour trip leads travellers into the depths of the Moscow countryside, where a local family shares folk songs, accordion playing, food and fairy tales by their cosy home fire. Beyond the bucolic insights, tours of awe-inspiring spectacle await: exquisite traditional embroidery at the Krestetskaya Strochka factory; the 76 lakes, 17th century monastery and holy springs of the UNESCO Biosphere Reserve Valdaysky National Park; and the architecture of Nikolai Alexandrovich Lvov – the Russian Leonardo da Vinci – in Torzhok. 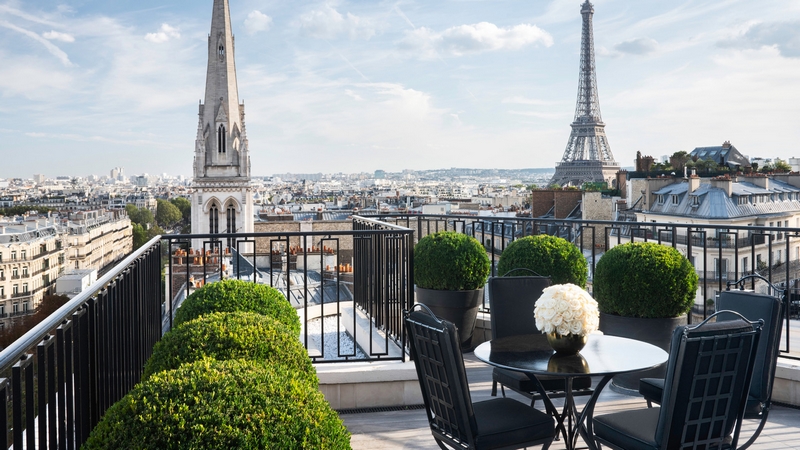 A French Feast for the Senses: Between Paris and Cap-Ferrat

The smell of Provence’s lavender fields, the music of cicadas, and breath-taking views of the Mediterranean: the
949-kilometre (590-mile) road trip between the grandeur of Four Seasons Hotel George V, Paris and the timeless
elegance of Grand-Hôtel du Cap-Ferrat, A Four Seasons Hotel is a French feast for the senses. From a
Champagne cruise on the Seine to a romantic sunset sail along the French Riviera, raise a glass to some of the
country’s most classic experiences along the iconic Holiday Route (Route des Vacances). Visit the favourite Loire
Valley wineries of World’s Best Vice-Sommelier Eric Beaumard, Director of the three Michelin-starred Le Cinq.
Soak up the atmosphere of Avignon’s 14th century Palais des Papes, the world’s largest Gothic building. Or take a
photo stop in Nyons between June and August, when the landscape transforms into a patchwork of purple. An epic adventure through history, art and culture, the 5.5-hour Central European road trip between the equally
resplendent Four Seasons Hotel Prague and Four Seasons Hotel Gresham Palace Budapest exudes old-world
elegance and geological majesty. Along 527 kilometres (327 miles) of largely waterfront wonder await the many
spoils of the Vltava and Danube Rivers. The famous fairy-tale chateau of Lednice charms all who visit and provides
a pretty foil to the awe of Macocha Gorge in Czech Republic’s Moravian Karst cave system. For a regal experience
of Budapest, set off from Gresham Palace’s private dock and float along the Danube for authentic goulash, chicken
paprikas and cheese dumplings set to the tune of the city’s vibrant music scene. 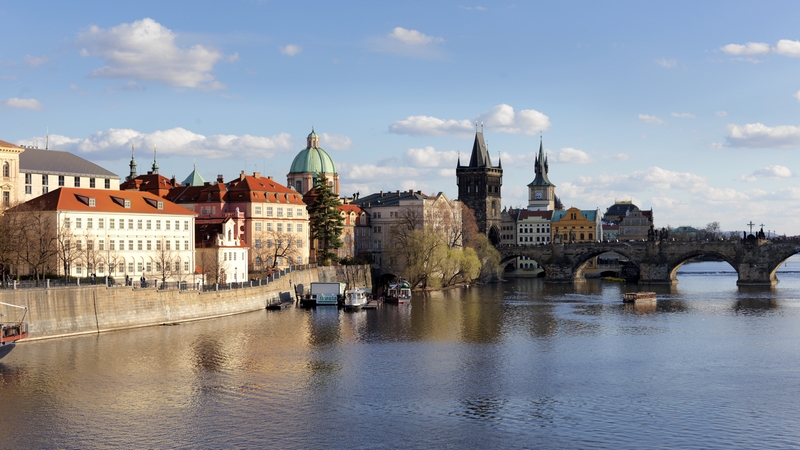 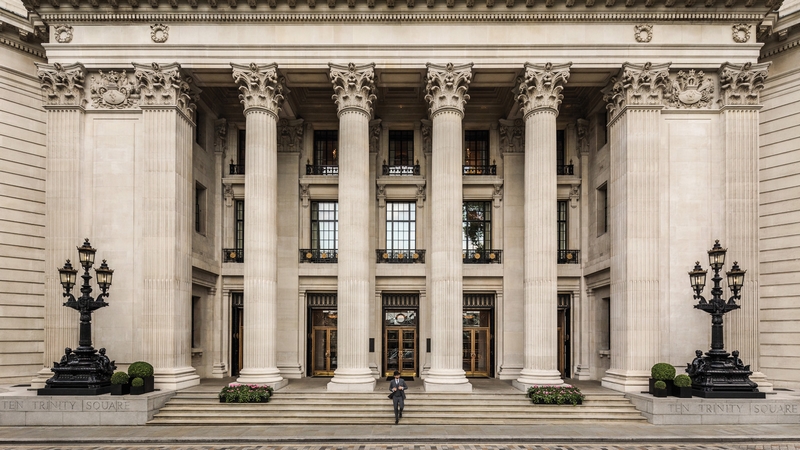 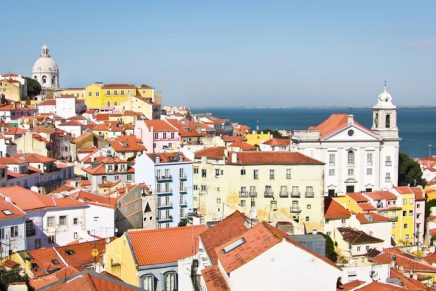 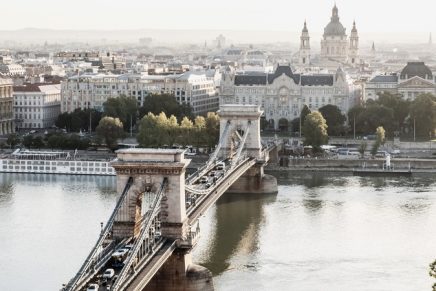 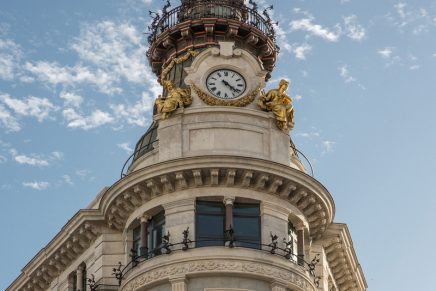 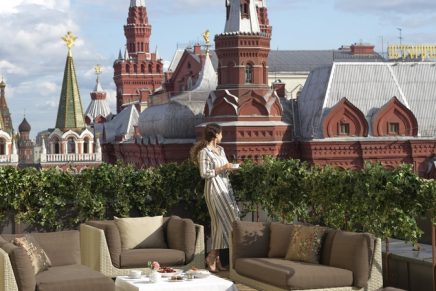 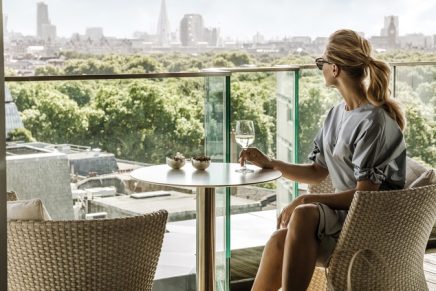 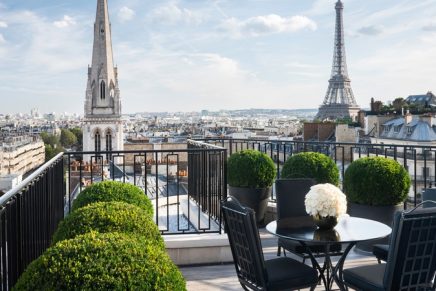