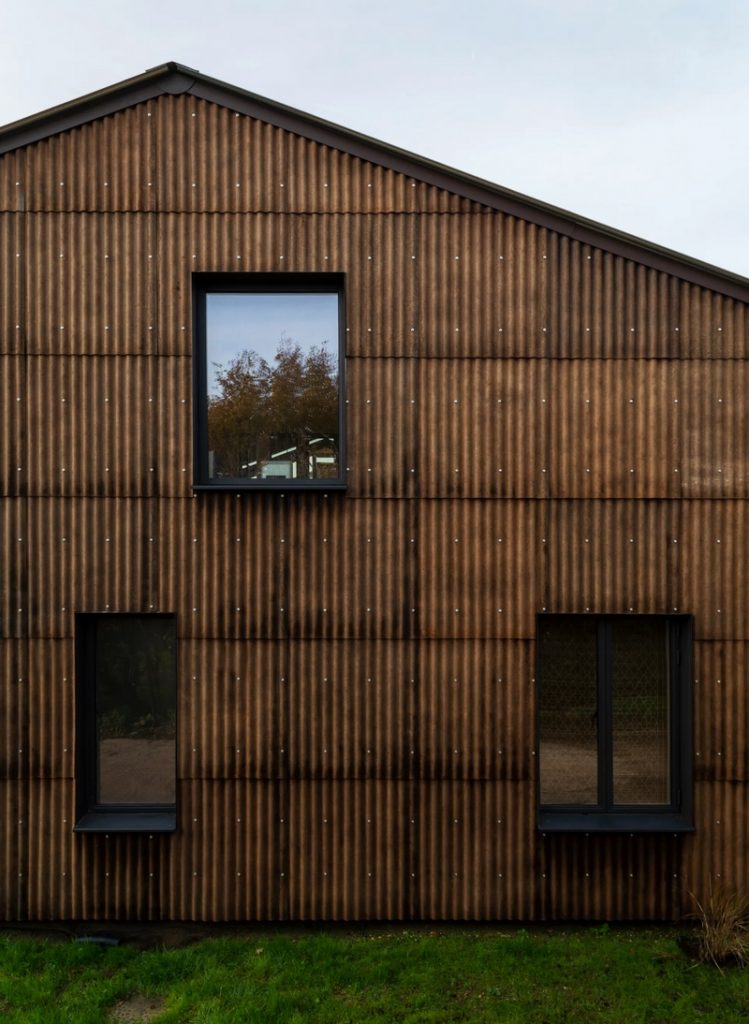 This article titled “Rowan Moore’s best architecture of 2019” was written by Rowan Moore, for The Observer on Sunday 29th December 2019 14.00 UTC

In architecture as in the wider world, 2019 was the year of climate (as of course every year should be). Enlightened architects have been working for decades on making buildings consume less energy while they are being used – on heating and ventilation, for example. They are now taking seriously, at last, the matter of embodied energy, which is the environmental cost of the materials and processes that go into building something in the first place. A group of leading figures signed Architects Declare, which expressed their commitment to tackling climate emergency, but they found it hard to agree how to achieve its aims: should architects design airports? Should they ever use concrete, a high-emissions material, ever again?

Every year, nowadays, is also Housing Year, which should continue to be the case until the far-off day when the British housing deficiencies of quantity, quality and affordability are properly addressed. The Stirling prize went to Goldsmiths Street, a thoughtful, energy-efficient residential development commissioned by Norwich city council. It was pointed out that, in at least some continental countries, public housing of this standard is the norm rather than exception. But, still, the award of Britain’s top architecture prize to council houses was an affirmation that this country should aim high, too.

A reminder of how low it is possible to aim was provided by the row about the Baylis Old School development in south London, where children from social housing were excluded from the play space offered to owner-occupiers. There are also, aiming even lower, continuing examples of permitted development rights housing – office blocks converted into tiny, badly planned homes thanks to a Conservative policy that allows developers to avoid normal planning controls. Perhaps our new government will do something about it. Oh. Perhaps not.

A curious phenomenon this year was a mania for biennials and triennials of architecture and design, sprawling festivals of exhibitions and events that are planned to take place at the intervals suggested on their title. There were examples in Chicago, Oslo, Lisbon, Tallinn, Orleans, St Etienne, Sharjah, Seoul, Shenzhen, Kazan, São Paulo and possibly some other places as well. The energy and ambition are admirable, but it has to be asked what is achieved by having so many. Also, given that their organisers invariably profess concern about climate, it seems odd to promote events that encourage participants and visitors to fly around a lot.

Among the year’s losses were Ted Cullinan and Charles Jencks, who sought ways to humanise the sterile forms of the worst versions of modernism. Cullinan, who was happy wielding hammers and saws himself, sought new versions of craftsmanship. Jencks tirelessly promoted post-modernism, a style of colour and decoration which, he hoped, would communicate directly to the public. He also founded the Maggie’s cancer caring centres, named after his second wife, who died of the disease.

As in any year there are valiant examples of architects’ irrepressible desire to do a lot with a little. As commissions for public buildings are getting thin on the ground, we might be seeing a lot more of this skill in action.

2. The Colour Palace
Pricegore and Yinka Ilori
The Serpentine Gallery’s programme of summer pavilions, which has been running since 2000, has inspired imitators that now threaten to outdo the originals. The pavilion at Dulwich College Picture Gallery, created by a collaboration of designer and architects, was more generous, enjoyable and inventive than this year’s slightly tortured offering by the Serpentine.

4. Tottenham Hotspur stadium
Populous
Can I really include in the top five a building as mindbendingly ugly as this? Yes, because it performs its main task, of providing an intense setting for spectator sport, extremely well.

5. Flat House
Practice Architecture
In a year of ultra-renewable designs, I find myself choosing between a house made of hemp and one made of cork. Hemp, cork, hemp, cork – how to decide? Hemp, if only because Flat House in Cambridgeshire seems more matter-of-fact and direct, the Cork House in Eton a touch too elaborate.

Alexandra House, Haringey
Proposed conversion by Ben Adams Architects
Tiny flats, hard to ventilate, some north-facing only. A product of the government’s policy of allowing offices to be converted into homes without planning permission – a short cut to raising the statistics on new housing. Also a brilliantly effective way of creating what have been called “slums of the future”. This particular proposal has been knocked back,, at least for now,, by the London Borough of Haringey, but it shows how low the bar has fallen for decent housing.