The polo shirt has become a standard item in almost everyone’s wardrobe, among both men and women. It is almost as ubiquitous as the t-shirt. Used today not only for sports and casual wear, some people combine polo shirts with blazers or sports coats to present their own, special touch. Given its name, what could be more “polo” than a polo shirt? You might be surprised to know that today’s polo shirt may have originally had nothing to do with polo. 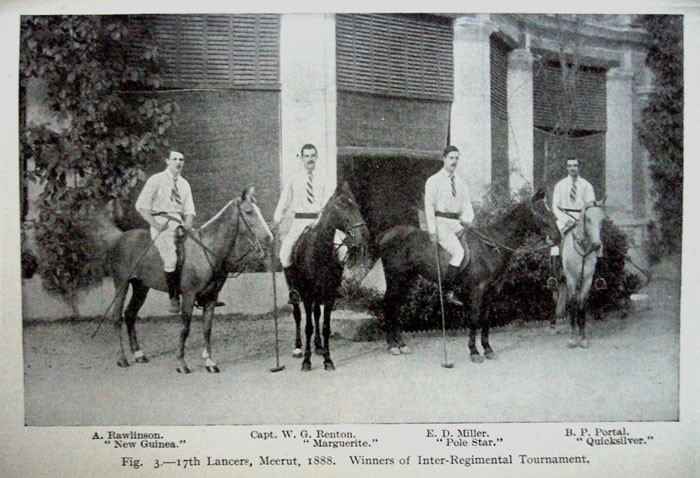 Traditionally, polo in the 19th century and in the early 20th century was a sport played in long sleeved, collared dress shirts. Some players even wore neckties, as seen in vintage photos. As the sport developed and became faster and more energetic, the dress shirts proved more restrictive, and by the 1920’s photos show players wearing t-shirts as standard polo wear. Some historical photos, though, show polo players in 19th century India already playing polo in what looks to be a front button, short sleeve version of a t-shirt.

The actual creation of the polo shirt, as we know it today, is unclear. Some attribute the origin of this style of garment to the French tennis player Rene Lacoste. As in polo, tennis used to be played in long sleeved, white dress shirts, usually with the sleeves rolled up. This hardly made for practical sportwear as tennis developed into a more athletic contest. Lacoste, a 7-time Grand Slam tournament winner, designed his own tennis shirt, which he then wore at the 1926 United States National Championships tennis tournament. 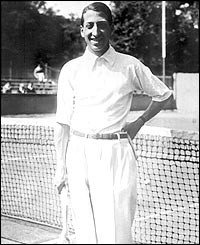 It consisted of a  loose-fitting, white, short sleeve, lightweight cotton piqué shirt, with a buttoned placket, a soft collar and a shirt-tail that was longer in back than in front. In 1933, together with André Gillier, a clothing merchandiser, Lacoste started to market the shirt in Europe and in the USA. It was then that Lacoste introduced the crocodile emblem on the left breast of the shirt as his fashion nuance. This was thought to be the first “emblem” shirt of note, a practice which today is commonplace. The shirt style caught on and was adopted by many tennis players. 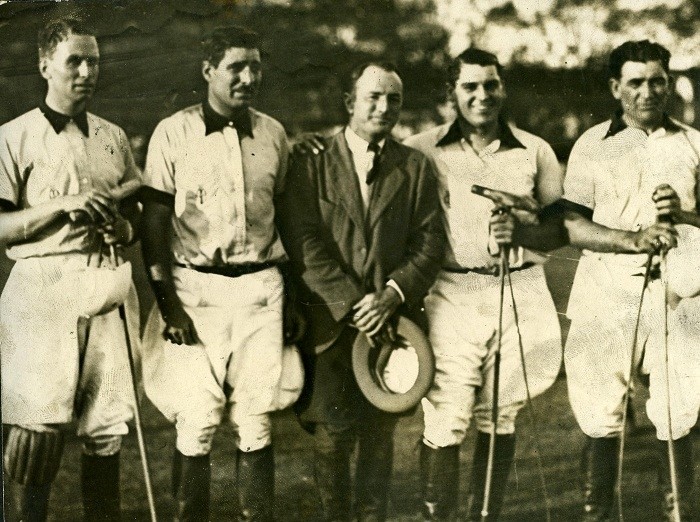 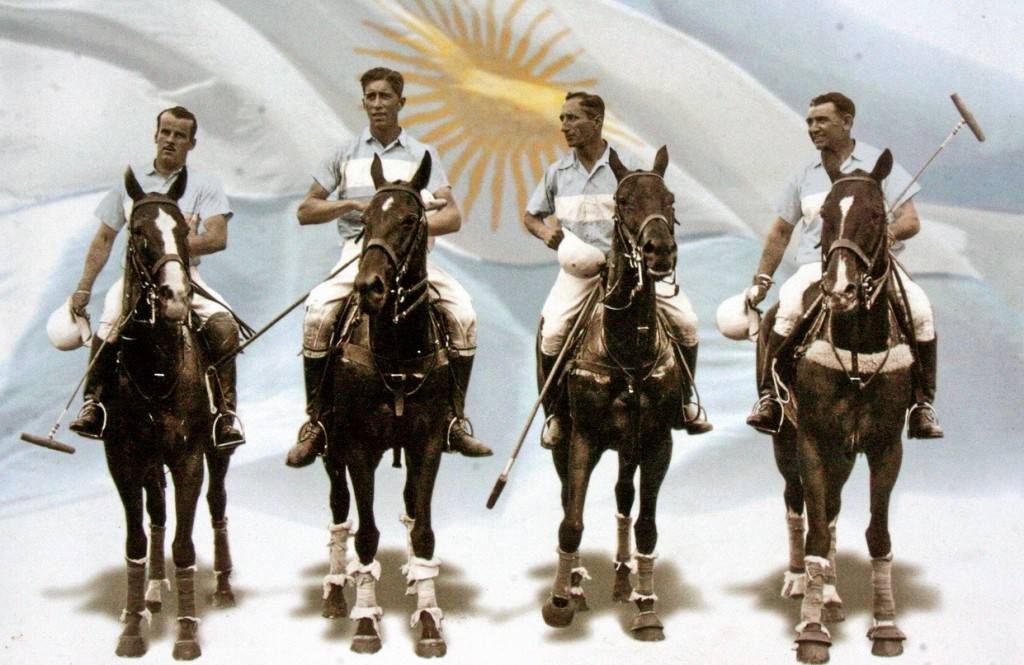 Even after the polo shirt took on its present day form, it was not universally accepted in polo. Some teams used the polo shirt, as seen in photos and paintings from the 1930’s, but many players still preferred the t-shirt, as did Prince Philip while playing polo with his regiment in Malta after World War II. 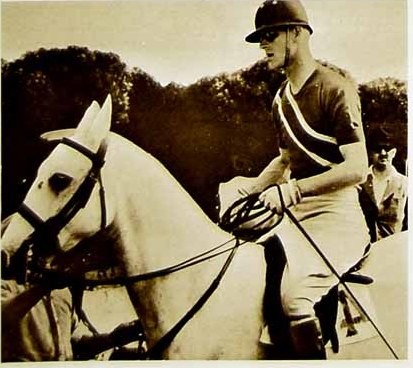 Likewise, one only needs to view The Thomas Crown Affair (1968) to see Steve McQueen and his polo playing teammates decked out in their blue team  t-shirts. 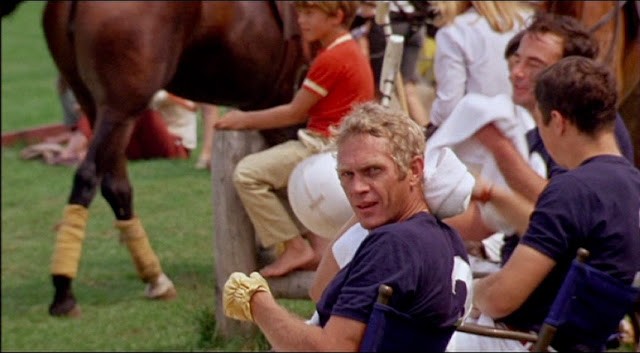 Photo above : Steve McQueen in The Thomas Crown Affair (1968)

Slowly, through the years, the polo shirt became more popular with the general public, sportsmen and women, and also polo players. Some tennis players abandoned the polo shirt in favor of the t-shirt during the 1940’s, as indicated by photos of Jack Kramer and Pancho Gonzales, but the polo shirt made a permanent comeback in the 1950’s in that sport. Golfers adopted variations of the polo shirt, as well. 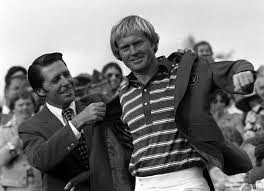 In 1972, Ralph Lauren, trading off the name “Polo”, added a small polo horse and rider to his polo shirts on the left breast. It was not an original idea. Records indicate that Lewis Lacey, an Argentine polo player originally from Canada, began producing a shirt that was embroidered with the logo of a polo player, a design originated at the Hurlingham Polo Club near Buenos Aires. But Ralph Lauren did much to popularize the polo shirt for everyday wear. A simple internet search of the word “polo” is more apt to produce results of Ralph Lauren clothing than it is the sport of polo. 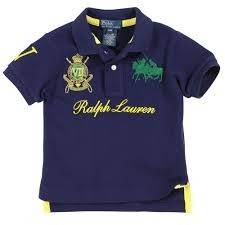 By the 1970’s, polo players were usually playing in polo shirts. To accommodate the needs of the game, the standard polo shirt was modified to reflect each player’s team position, as well as the team’s name. Thus began the start of the Polo Jersey, another growing fashion trend.

But that, by itself, is a story for another installment.

Next installment in Polo & Fashion: The Polo Jersey NEXT WEEK 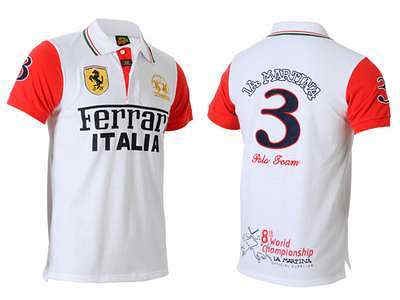