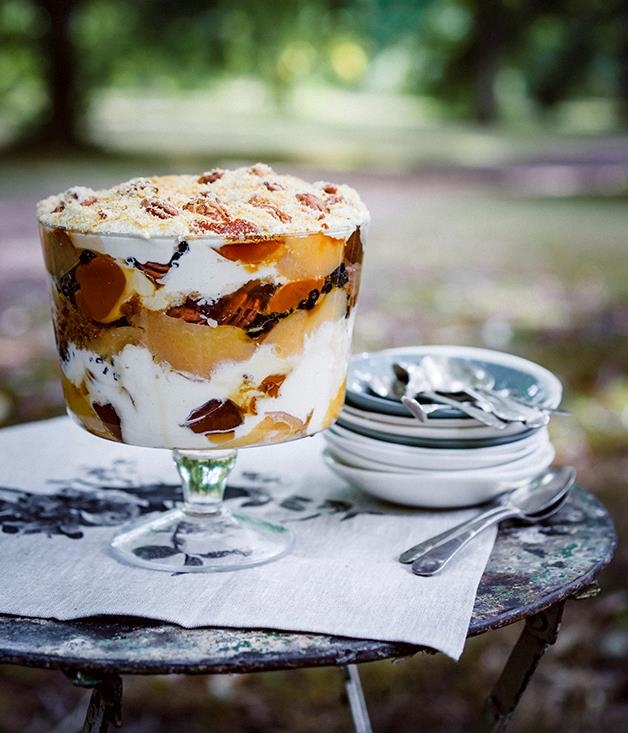 It’s the fourth time the top prize has gone to the harbourside restaurant, which has also had the publication’s top rating – three stars – for an unprecedented 14 years in a row.

In March Quay closed for renovations, ditching its old menu for two tasting menus, priced at $210 for six-courses and $275 for ten. Gone is the signature snow egg dessert, which reached national infamy during the 2010 series of reality cooking show MasterChef – but Gilmore doesn’t miss it. “It’s great having a dish that becomes iconic but it also becomes a bit boring after a while,” he told Guardian Australia.

The new menu, which involves a unique ceramic dish for each course, gives Gilmore the opportunity to focus more on experience, with the restaurant shrinking from around 110 diners per night to around 75.

“What we were doing wasn’t broken. It was very well regarded. But after a while, to be creative, you have to rip it up and start again,” said Gilmore, also executive chef at the Sydney Opera House restaurant Bennelong. “One of my favourite new [Quay] dishes is the raw seafood. It’s very simple: hand-harvested seafood from the most pristine areas of Australia, which changes as the seasons change, just served simply with a seaweed and an aged vinegar dressing … I think there’s something very primal about hand-harvested seafood, like scollops and young octopus and clams: just treat it very simply and respect the ingredients.”

Related: Food for thoughts: you don’t have to eat like every meal is your last

Sixty food critics arrived unannounced at 394 Australian restaurants though the year, to compile Gourmet Traveller’s list of the top 100; the restaurants were then judged by the publication’s team of state editors, before chief critic Pat Nourse and editor-in-chief Sarah Oakes made the final decision.

Nourse, who visits up to five restaurants a week for work, says that in the last year he’s noticed the industry focus more on experiences and people – not just for diners, but for staff. Quay’s revitalisation, he said, is an example of that.

“They closed their restaurant and started from scratch, giving serious thought to what a luxurious experience actually feels like. And though it’s a big restaurant on Sydney harbour, they decided that intimacy was an important part of it,” Nourse said. “I’m a firm believer that if you come away from a dinner – whether it’s at somebody’s house or a restaurant – and all you can talk about is food, something has gone wrong.”

More broadly in the food world, Nourse said, “the big narrative is that people are having to put some serious thought into how they look after themselves. Taking a good hard look at their workplaces, their staff, how their businesses work … [diners] don’t have time for chefs and restauranteurs that don’t look after their people anymore.”

Josh Niland of Sydney’s seafood eatery Saint Peter won the peer-voted category of chef of the year. Niland, 29, recently expanded his job title from fish chef to fishmonger, opening a new shop, The Fish Butchery, a few doors from his restaurant on Oxford Street. Like his restaurant, the butchery specialises in using all parts of the fish.

“I started eating in restaurants in Sydney, going on the train by myself from Maitland, when I was 15, 16 – going to places like Assiette and Becasse and Aria and Est. I’d spend all my money to have meals by myself to get a sense of what people were doing and what was inspirational at the time,” Niland said. “I’m sitting across from Peter Gilmore tonight having a chat with him about random shit – it’s amazing.”

Niland’s proudest dish right now is a handpicked crab, served with a sauce made from its own juice and a puftaloon, or fried scone. “I’ve always wanted to put a scone on the menu because it’s so synonymous with Australian food, but it’s tricky because it’s so stodgy … I could eat that all the time – it reminds me of my grandma,” he said.

Niland, who won best new talent in 2017, handed that baton to Ali Currey-Voumard: head chef of the ever-evolving menu at Agrarian Kitchen Eatery, which Nourse described as “as ethical, local and seasonal as it gets” – and which is built inside of a former asylum in Tasmania’s New Norfolk.

Currey-Voumard said working in Australia’s smallest state comes with its own opportunities. “Sydney and Melbourne sometimes don’t have a chance to get back to the roots of what’s important in food – what’s seasonally available, supporting farmers, that sort of thing – it’s kind of gone too far, the fast and the furious are in front. Whereas in Tassie, it’s such a small state and all the restaurants there at the moment are choosing to champion the small producers. It’s exciting, because we can move forward like that as a whole state.”

The Gourmet Traveller food awards are the country’s longest running restaurant prize, and were last night held at Restaurant Hubert, which won best new restaurant and best wine list at the 2016 awards. This year, the former went to Laura in Merricks Victoria, and Franklin in Hobart won the latter.

Bar of the year went to Liberté in Albany, a five-hour drive from Perth; and Brae in the Otways of Victoria, which was highly commended for the top prize in 2017, won regional restaurant of the year.

Restaurant of the year: Quay, Sydney

Maître d’ of the year: Dinner by Heston Blumenthal, Melbourne