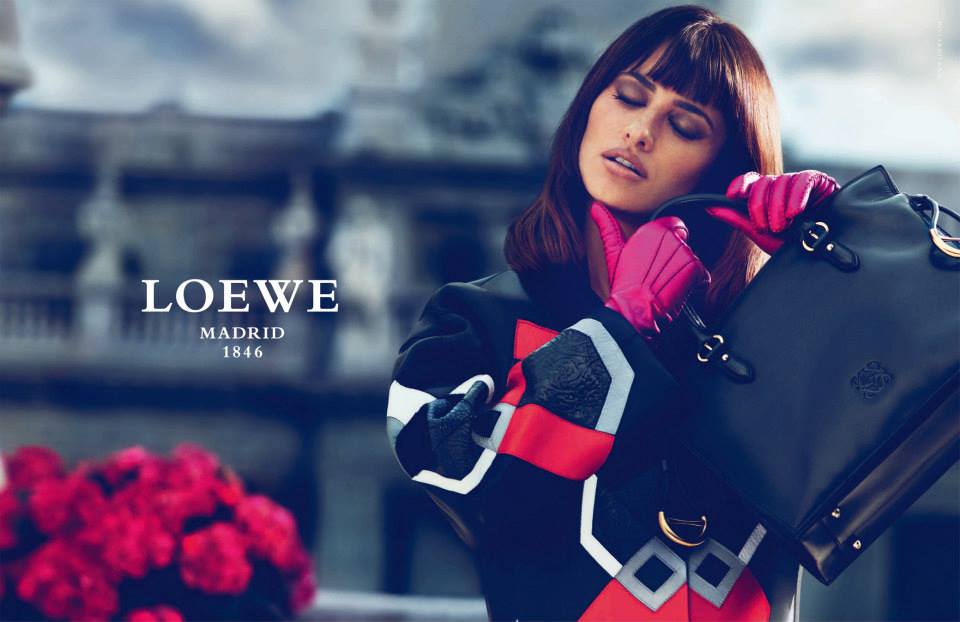 The Spanish luxury brand Loewe and the Cruz sisters team up for a handbag design, set to be unveiled in November.  Academy Award-winning Spanish actress Penelope Cruz inked a three-year endorsement deal with Loewe in November 2012.  It is the second campaign featuring Penélope, this time involving her dancer sister Mónica Cruz. The siblings campaign was shot on the balcony of the Madrid Casino by Mert Alas and Marcus Piggot.

“We wanted to do something special but also practical, and we wanted the design to have an unmistakable Spanish element,” Penelope Cruz told WWD.

Penelope and Monica Cruz have collaborated in the past in collections with high steet brand Mango and ‘L’Agent’, a diffusion line for Agent Provocateur.