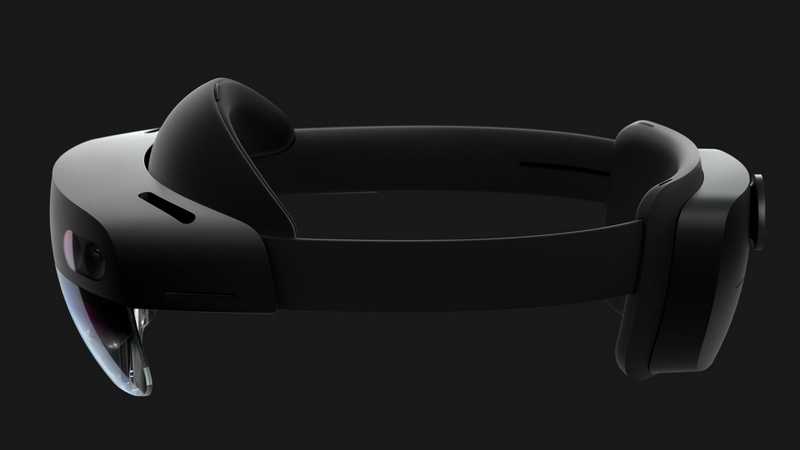 The annual mobile technology jamboree in Barcelona has revealed the latest exciting developments that will feature in phones, tablets and watches over the next 12 months. From folding handsets and ultra-sophisticated cameras to brick-like smartphones with a very long battery life – here are eight of the most notable products from Mobile World Congress 2019 this week.

Phone batteries that last a week

Annoyed with your phone’s battery not lasting a day? What if you could have a phone that lasted a full week? That’s the idea behind Energizer’s Power Max P18K Pop.

Looking more like a phone strapped to a brick, it has a humongous 18,000mAh battery that’s almost seven times the size of the one in the iPhone XS. It has a 6.2in screen, runs on the latest Android software and will cost €599 in the summer. Whether you’ll be able to squeeze it into a pocket remains to be seen.

Move over 4G, the 5G network is coming later this year. Unlike previous jumps in mobile phone network technology, the handsets are already here, with almost every manufacturer launching a version of their top-end phones with 5G capability.

With much higher capacity, super-quick speeds and ultra-low latency (the time it takes for your phone to contact the internet and get a reply), 5G promises to be the enabler for all sorts of things, from self-driving cars and all sorts of smart devices to high-resolution movies downloaded in seconds.

With the first 5G areas expected to go live in the UK in the summer, it will be some time before everyone can try it out. But you have to start somewhere.

What if your phone could unfold to be the size of a tablet? That’s the basic idea behind Samsung’s Galaxy Fold, which was the first phone with a foldable screen to be launched by a big manufacturer. Samsung put a smaller 4.6in screen on the outside and a bigger 7.3in screen on the inside that opens out like a book for watching videos, browsing the web or multitasking with three apps on the go simultaneously.

Phones with folding screens wrapped around the outside

Not to be outdone, the Chinese smartphone giant Huawei had a foldable phone on show at MWC, too. But where Samsung’s had the screen on the inside, the Mate X looked even more futuristic, with the foldable screen wrapped around the outside.

When shut it has a 6.6in screen on the front and a 6.38in screen on the back. Turn it over and it swaps the screen from the front to the back of the device, for taking selfies or similar. Unfold the screen outwards and you’re left with one large 8in display ready to go. It has cameras on one side and is 5G-capable.

A phone case that adds another screen

If you like the idea of having a phone that unfolds with a bigger screen but aren’t sold on the idea of a bendable screen, LG has the answer: slap your phone in a case that also contains another phone screen on the inside.

The new top-of-the-range LG V50 ThinQ has a case accessory called the Dual Screen, which attaches to the phone to double the display. It is far from seamless, with a big hinge in the middle, but you can use one screen for your email with a keyboard on the other, or one can be turned into a games controller. Not quite as revolutionary as a folding screen but at least you can take it off when the novelty wears thin.

A phone on your wrist

Holding your phone in your hand is so last century. If the Nubia Alpha is anything to go by, we’ll all be wearing our phones around our wrists. It may look like a sci-fi electronic tag but the 4in flexible display wraps around your wrist like a snap-band with a camera mounted on the front.

It can be activated by touch or even mid-air hand gestures, while users can take calls on it, send messages, shoot photos and watch films on it. Available in April from €449.

A heads-up display for the real world

Forget virtual reality. The future is mixed or augmented reality, according to the tech giants. Think of what Arnold Schwarzenegger’s character sees in the Terminator film: information overlaid on your real view of the world, albeit via a set of glasses. Microsoft’s Hololens 2 is the latest iteration, now with a larger field of view and more comfortable to wear, even if the helmet-like product is quite chunky.

Users have a virtual display floating in their vision, such as a map of wires and pipes behind a wall about to be subject to your DIY, or instructions on how to fix your your bike, leaving your hands free to do the work. That’s the pitch to businesses – who are the target customers. A consumer version will have to wait for smaller glasses that don’t cost $3,500 a piece.

A phone with five cameras

The days of only having one camera on your phone – or maybe even two – are dead. Now it’s five or bust. Or so says Nokia, with its new 9 PureView smartphone, which has five separate 12-megapixel cameras mounted in an array on the back alongside a flash and a depth-sensor.

Nokia says the system collects up to 10 times the amount of light normally captured by one camera. Instagram influencers will take note. Expected to go on sale for around £550 in March.