The Plus 8 GTR is the second Morgan special project of the year, following the Plus Four CX-T. Whilst different in their function and appearance, both models demonstrate the flexibility of the Morgan brand, celebrating craft, design and driving experience. 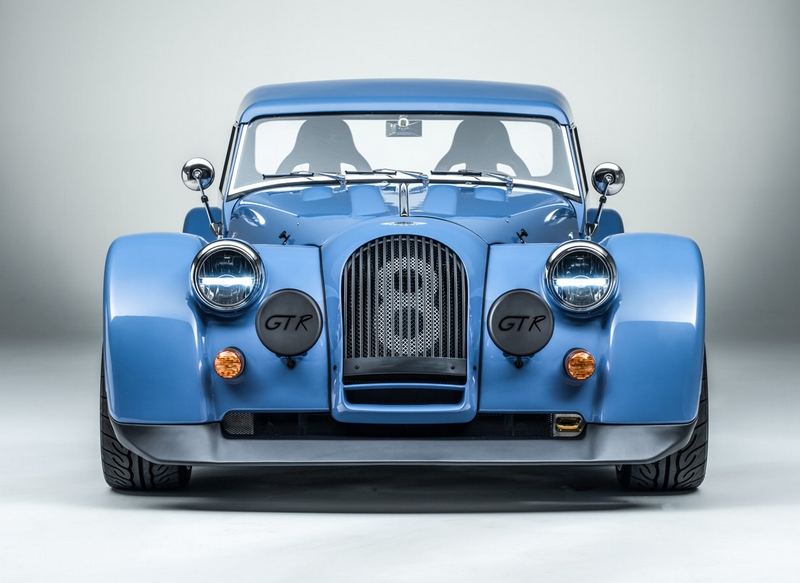 Morgan Motor Company completes first plus 8 GTR – the most powerful Morgan ever. The first of nine Plus 8 GTR special editions has completed build at Morgan’s Malvern factory.

The model is based on the Morgan Plus 8 and takes cues from Morgan’s racing history. Every Plus 8 GTR is a bespoke commission, with owners working alongside Morgan’s design team.

Finished in striking Yas Marina Blue, the first example is evocative of the original design sketches — which pay homage to prominent nineties Plus 8 race car ‘Big Blue’ — that were released to announce the model in February 2021. Limited to just nine examples, the Plus 8 GTR project has only been possible due to the recent availability of a number of Plus 8 rolling chassis.

The remaining eight cars are all in production, with several finishing build before the end of the year and the remainder being completed in the first quarter of 2022. Each customer has worked closely with Morgan’s design team to commission their own bespoke example, further demonstrating the company’s personalisation capabilities. The nine cars are built in varying configurations of transmission and drive side according to customer requirements, with five of the eight vehicles being exported globally. 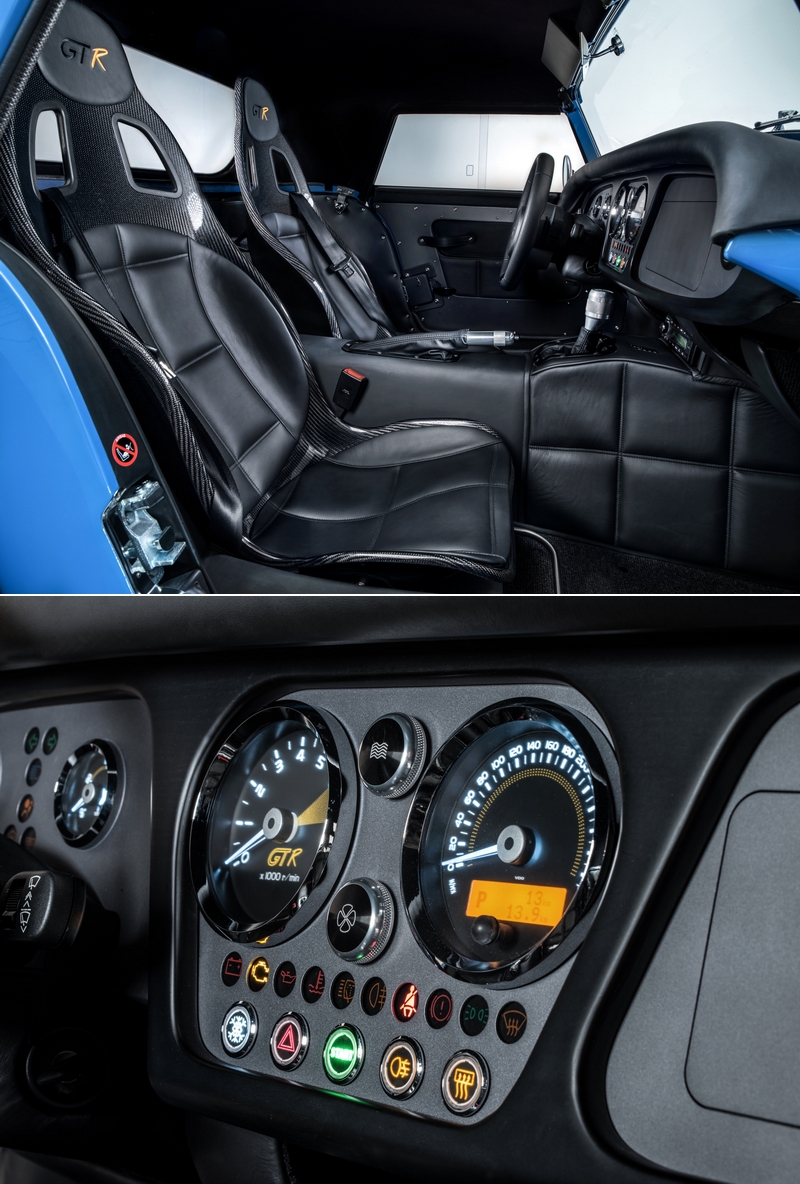 Performance upgrades include a new engine tune and cannon-style twin-exit sports exhausts. These enhancements improve throttle response and increase the power output over the previous production Plus 8.

“The Plus 8 GTR represents an opportunity for Morgan to celebrate the V8 engine once again, something we did not expect to do since finishing the Plus 8 and Aero 8 models in 2018. Striking design, the finest craftsmanship, and an exhilarating sports car to drive, the Plus 8 GTR is the perfect swansong to the Morgan V8. We have been delighted to work alongside customers from around the world during the design and build process, and we look forward to sharing the final examples over the coming months.” – Steve Morris, Chairman & CEO, Morgan Motor Company.

The Plus 8 GTR explores design themes such as the high shoulder line, not seen on a traditional Morgan body for decades. Its five-spoke centre-lock wheels are reminiscent of Morgan’s 1990s Plus 8 race cars, framed perfectly by subtly re-sculpted wheel arches. Further design elements include a revised rear end, front wings, and front splitter, all of which are hand crafted using aluminium. Fitment of a hard top with cockpit vent completes the race-inspired aesthetic. The interior features new door cards to fit with the high door tops, bespoke GTR dials and the option of carbon fibre racing seats and harnesses. Unique graphics feature throughout and each GTR is fitted with a plaque denoting its number in the build sequence.

One design inspiration was the Plus 8 race car that competed in the GT series throughout the late nineties, more commonly known as ‘Big Blue’.

This car served as the testbed for Morgan’s first bonded-aluminium chassis, which would go on to underpin the Aero 8 and ‘Aero-chassis’ Plus 8 models. It seemed fitting, following the more recent launch of Morgan’s CX-Generation bonded-aluminium platform, to use this opportunity to pay tribute to the car that pioneered Morgan’s use of aluminium structures. As with every Morgan, each Plus 8 GTR is hand crafted using traditional coachbuilding techniques. 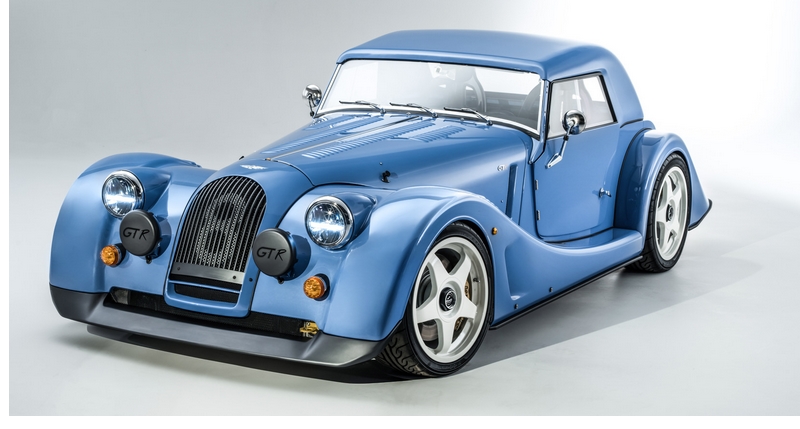 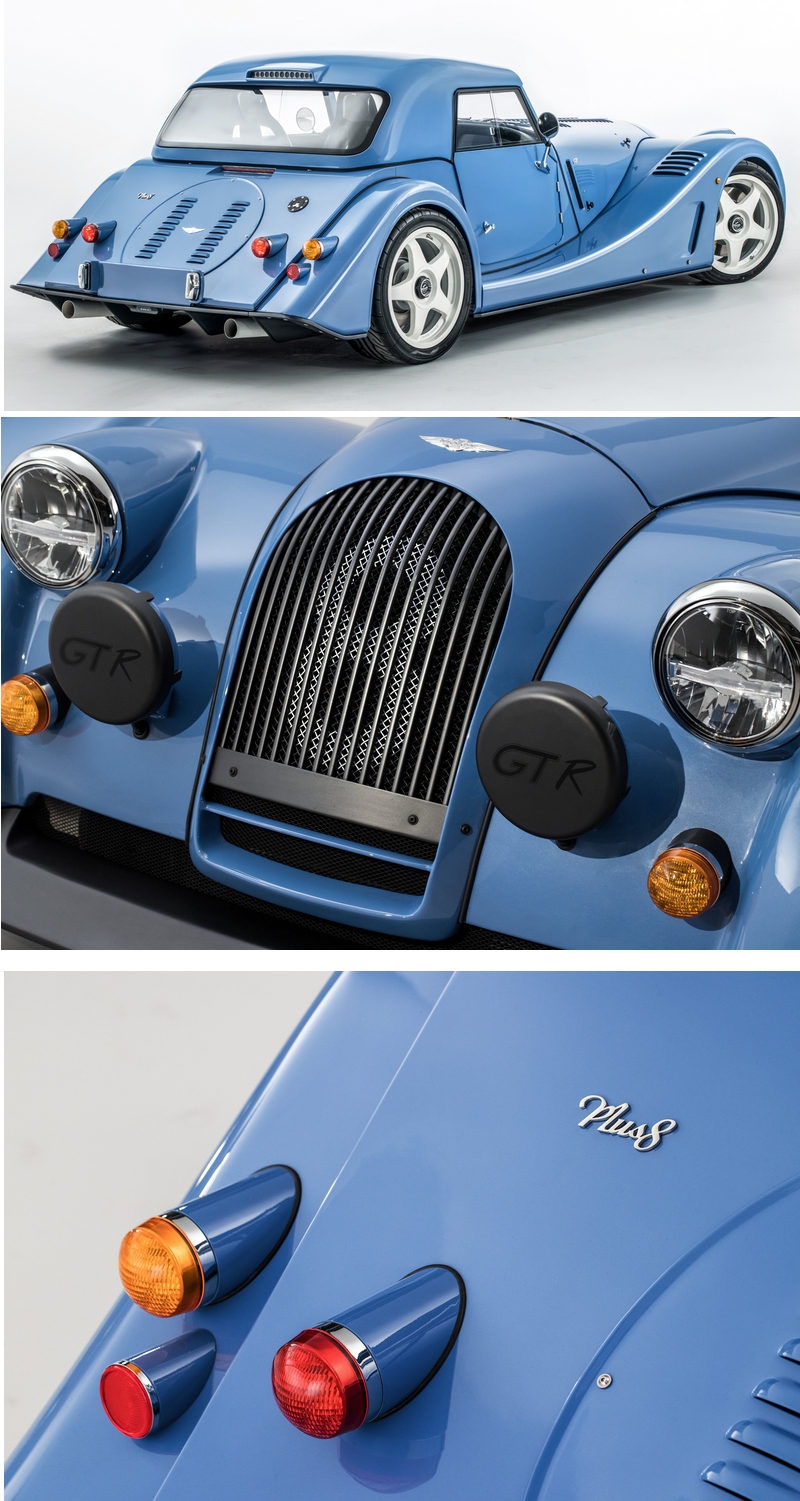 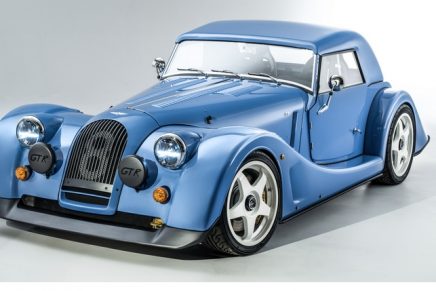 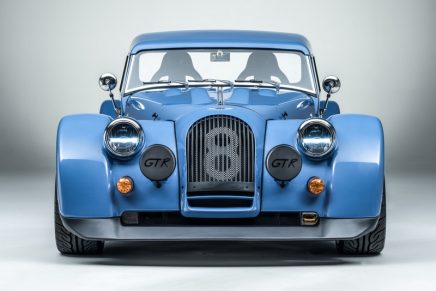 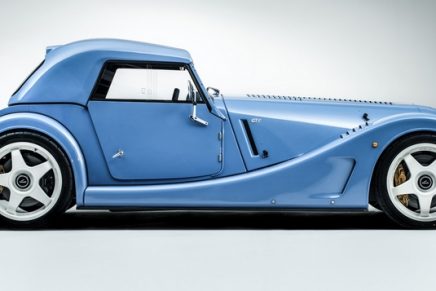 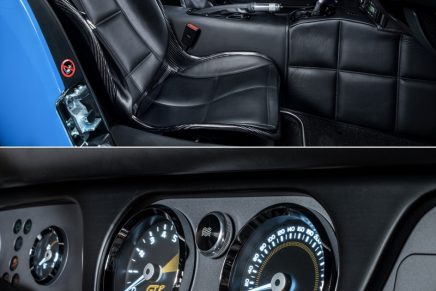 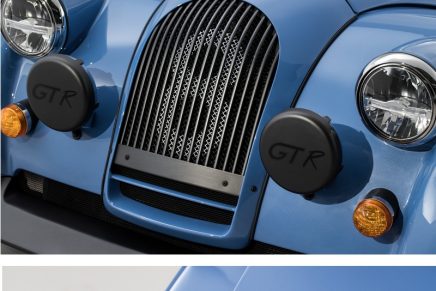