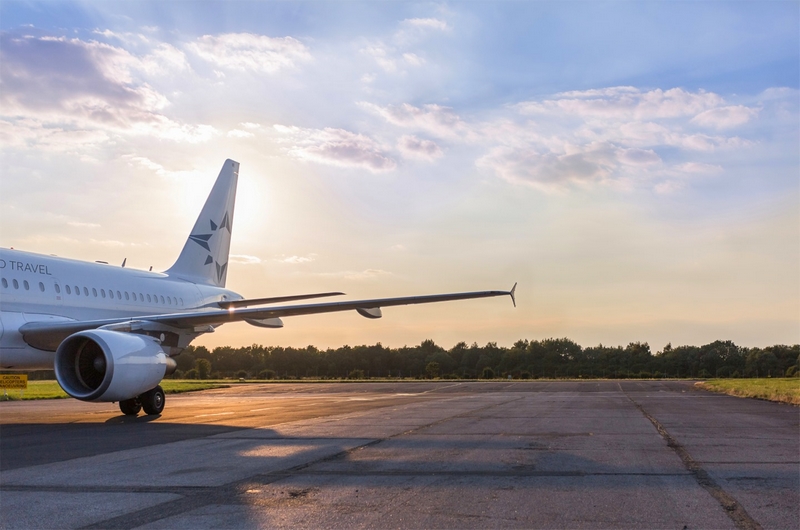 Forget cruises. The super-rich have found a new way to see the world in the luxurious style of an ocean liner but taking a fraction of the time: private jet round-the-world tours.

This week, 50 members of the wealthy elite will board a privately chartered Boeing 757 to begin a 24-day guided tour of the globe, taking in Copacabana beach in Rio de Janeiro, the Galápagos islands and mountain gorillas in Rwanda.

The trip involves 10 flights, 23 nights in five-star hotels or lodges, meals in some of the world’s most famous restaurants, champagne and “every single tip”. Thrown in are tour guides, an engineer, seven cabin crew, a chef and an “expedition physician”.

The cost is £108,000 a person for couples, or £118,800 for one. The cost to the environment is the emission of 13 tonnes of carbon dioxide per passenger, according to research for the Observer by analysts at the clean transport campaign group Transport and Environment. It would take a typical family of four driving to their annual holiday on the south coast of France more than 30 years to rack up the same emissions. Going by train, they could make the same trip 150 times before reaching the same level of emissions.

The jet used for the trip, which is described by the organiser, TCS World Travel, as “the Ferrari of commercial jets”, has been designed for well-heeled clients. The plane, which can carry up to 295 passengers, has been reconfigured to accommodate 50 customers in business class seats. The carbon footprint will be almost six times more per person than if the plane was filled with economy class travellers. TCS said it had paid to offset all flights.

If you are thinking of joining the tour, you’re too late. The trip sold out months in advance.

When the trip is completed, it’s a quick turn around before a fresh set of wealthy passengers begins another round-the-world adventure. The next 25-day trip includes Machu Picchu, Easter Island, the Great Barrier Reef, Angkor Wat in Cambodia, and a safari in the Serengeti. It starts in late February and has also sold out.

Four Seasons’ trips include an onboard chef. “It’s the highest Four Seasons restaurant in the world,” says Kerry Sear, Four Seasons’ executive chef, in the marketing video. “I often hear, ‘how are you going to wow us on this trip, Kerry?’.

“The social area [on the plane] is really exciting for me as the chef. Every hour there will be something to snack on, it could be something from the location we left, or something highlighting the location we are going to. You are going to have people who expect a three-star Michelin experience, but then you’ve got somebody who really wants a peanut butter jelly sandwich.”

Shelley Cline, the president of TCS, said the company had commissioned a dedicated private jet from Airbus to replace the Boeing 757 next year, with 52 Italian leather fully-flat beds.

Cline said many of the travellers were entrepreneurs who had made millions from their own businesses. “Many are self-made and want to enjoy themselves after all that hard work, but no matter their age or how they make their living, they are all curious about the world,” she said.

“Time-saving is absolutely one of the big selling points about our trips. We fly direct, which also eliminates the hassles of airport layovers. We did a calculation, and to do the same around the world trip on commercial air would take 10 more days (34 vs 24) and would entail 11 more flights, 39 more hours of flying time and about 74 more hours waiting between flights.

“Another reason people take our trips is for the special experiences and access that would be prohibitive to do on their own. Whether it’s getting into the Hermitage before it opens to the general public, having an amazing private dinner at a temple at Angkor Wat, or having dinner with royalty in some countries, we are able to provide our guests experiences that last a lifetime.”

Cline said TCS prided itself on thinking of everything a traveller might need, extending to all but writing postcards to families and friends for them.

“They don’t have to handle their luggage, we fill out their immigration forms (well, they do have to sign them),” she said. “We even provide stamped postcards and spending money in the local currency at every stop.”

Guests are accompanied by experts who give lectures on destination stops, including David Keeling, a professor of geography at Western Kentucky University.

“As a cultural geographer I focus on destination context, such as demographics, economics, geopolitics, history and resource management,” he said. “Most of my lectures have an environmental component. For example, we are visiting the Maldives and my lecture for that destination covers the impacts of climate change, geopolitical implications for small island communities, and economic challenges. I talk a lot about carbon footprints and carbon offsetting, something that TCS is very sensitive about, and the company provides opportunities for guests to offset their footprint.”

Jack Ezon, founder and managing partner of luxury travel agency Embark Beyond, said organised round-the-world private jet holidays started booming in popularity about four years ago. “They really give people the opportunity to explore the world in the limited time they have,” he said. “You’re not going to be able to deep dive into Cambodia in a single day, but it enables you to stitch together a story from around the world. By looking at how quickly it’s proliferating, there are clearly enough people with enough money for this.”

Ezon said most guests were baby boomers. “It is usually the cruise client who has done every port of call, and is looking for new experiences. They’re not just any old trip. They make it an experience, they do dinners in palaces or parties on the Great Wall of China. They really go beyond what you expect, and to places that ordinary clients travelling on their own wouldn’t be able to go to.”