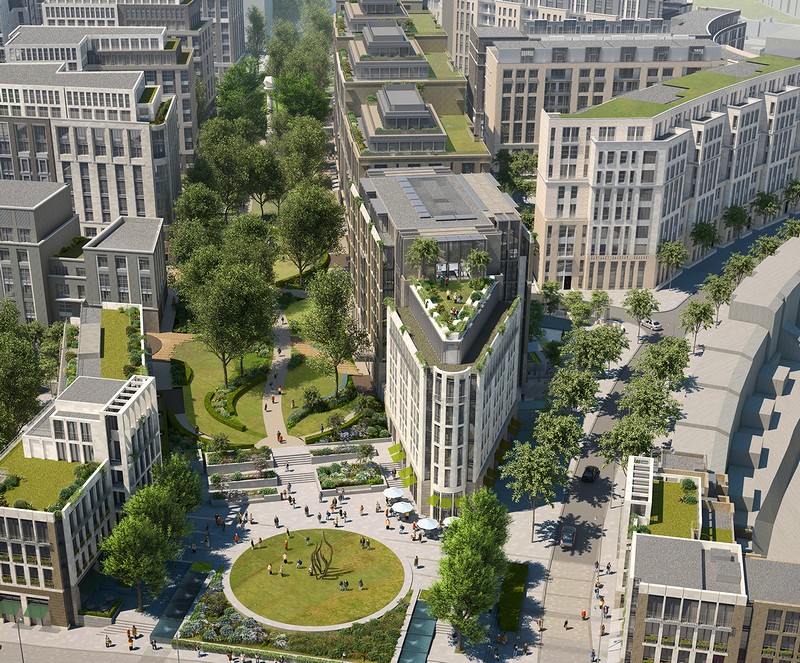 A developer behind a luxury London housing project has warned of challenging conditions in the capital’s property market, amid growing concerns of a supply glut in prime homes.

Capital & Counties (Capco), which is leading the regeneration of the Earls Court exhibition centre in west London, has reported a slowdown in sales of luxury flats on the site. It blamed the weak demand on increasing supply of high-end housing across the capital and a new stamp duty surcharge on second homes, which comes into force in April.

Flats in the Lillie Square development are being sold for more than £1,500 per sq ft, and two-bedroom flats are going on the market for more than £1.3m. The first phase of the project sold quickly when it launched in 2014, with 85% reserved in the first five weeks, but phase two, which launched in September 2015, is taking longer to sell.

“The residential sales market in London experienced challenging conditions towards the end of 2015 as a result of increasing supply, particularly in emerging locations, and regulatory intervention which has impacted demand,” said Capco’s chief executive, Ian Hawksworth. “While we remain confident in Lillie Square, the rate of sales has reduced compared to 2014, which reflects these challenges in the residential market.”

The firm has not registered an increase in sales for the development since November – the same month that George Osborne announced the higher tax rate on investment properties and other second homes.

A total of 7,500 homes are included in the master plan for Earls Court, ranging from affordable homes to luxury apartments.

Capital & Counties’ share price closed 8.2% down at 315p on Wednesday.

Lower down the UK housing market, the stamp duty surcharge is also having an effect, according to the British Bankers’ Association, as borrowers attempt to secure mortgages ahead of the changes. The BBA said 80,285 mortgages were approved in January – the highest number for two years. Of these, 47,509 were approved for home purchases, as opposed to remortgages – an increase of 27% on the figure for January 2015.

Richard Woolhouse, chief economist at the BBA, said: “The start of the year has seen a significant rise in mortgage borrowing.

“It seems that this has been driven, in part, by borrowers looking to get ahead of the increases in stamp duty for buy-to-let and second-home buyers scheduled to come into effect in April.”

Estate agents have reported keen interest from property investors trying to buy ahead of the stamp duty changes, which will see the rate paid on second homes increased by three percentage points.

Howard Archer, chief UK economist at IHS Global Insight, said this could push up values. “This could well exert upward pressure on house prices in the near term,” he said.