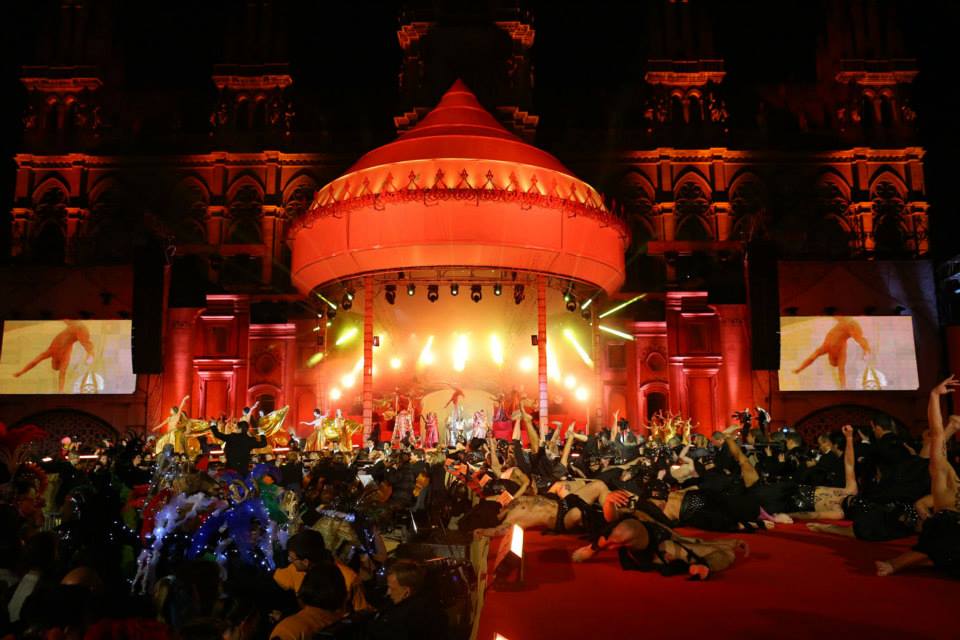 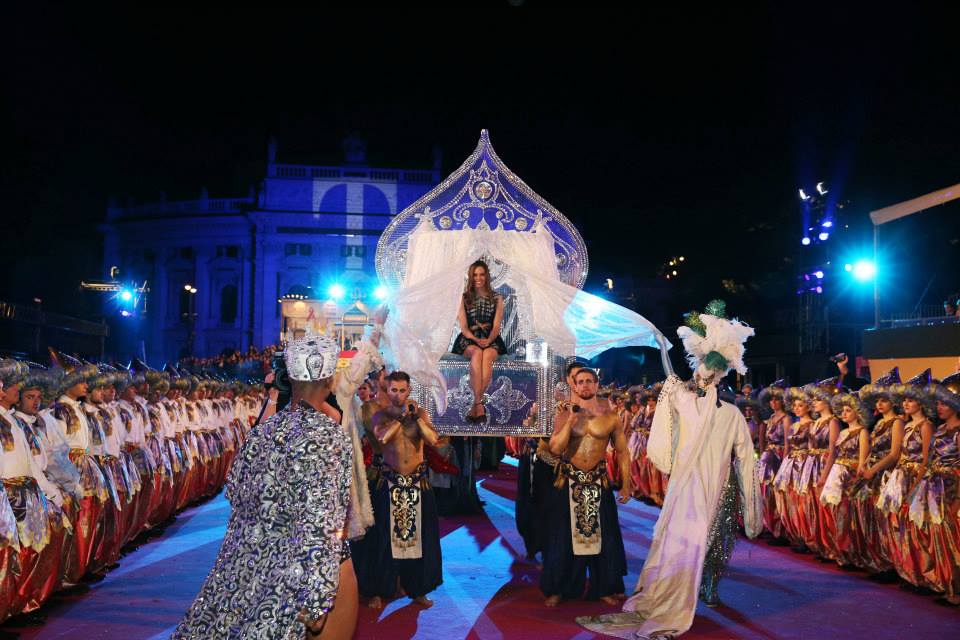 The Life Ball annual charity event held in Vienna, Austria raises money to fight the spread of HIV and AIDS with the help of the most illustrious personalities of the planet. Life Ball weekend 2013 devoted itself to the fantasy of 1001 Nights.

“The tales of Scheherazade provide us with numerous allegories around the topics of love, wealth and solidarity. Many of those stories – although some of them are hundreds of years old – are more current than ever nowadays and so they serve as a bridge to the causes of the events on the Life Ball weekend 2013,” said Gery Keszler – Chairman of AIDS LIFE, organizer of the Life Ball.

The most important players in the international AIDS community met in Vienna in order to raise awareness for the current goals in the fight against HIV and AIDS. 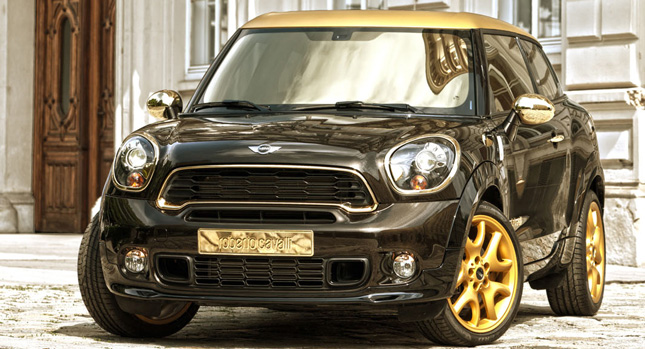 For the 13th consecutive year, MINI has donated one of its models to the Life Ball styled by an internationally renowned designer for a good cause. A few hours before the start of the AIDS charity event on 25 May, the Italian fashion designer and his wife unveiled the one-off MINI during the official Life Ball Press Conference. As part of the AIDS Solidarity Gala in Vienna’s Hofburg Palace, the Life Ball MINI 2013 was auctioned off with the proceeds benefiting projects committed to combating AIDS.

Cavalli upgraded the exterior of the MINI Paceman – the youngest and seventh member of the MINI family – with an exclusive colour that has already featured in his own fleet of cars: a special iridescent paint that shimmers between black and brown depending on the incidence of light. Cavalli logo on the roof of the car along with his signature on the wide coupé door leave no doubt as to the designer who has left his unmistakable imprint on the car. The logo can also be found on the inside, where the headrests and sun visors feature the stylish motif. The interior design of the MINI Paceman is swathed in black, with individual gilded elements – such as the decorative stitching on the leather seats and the MINI Center Speedo surround – lending it an extravagant look. This is further reinforced by the hallmark Cavalli animal prints on the leather-lined steering wheel and parts of the instruments. 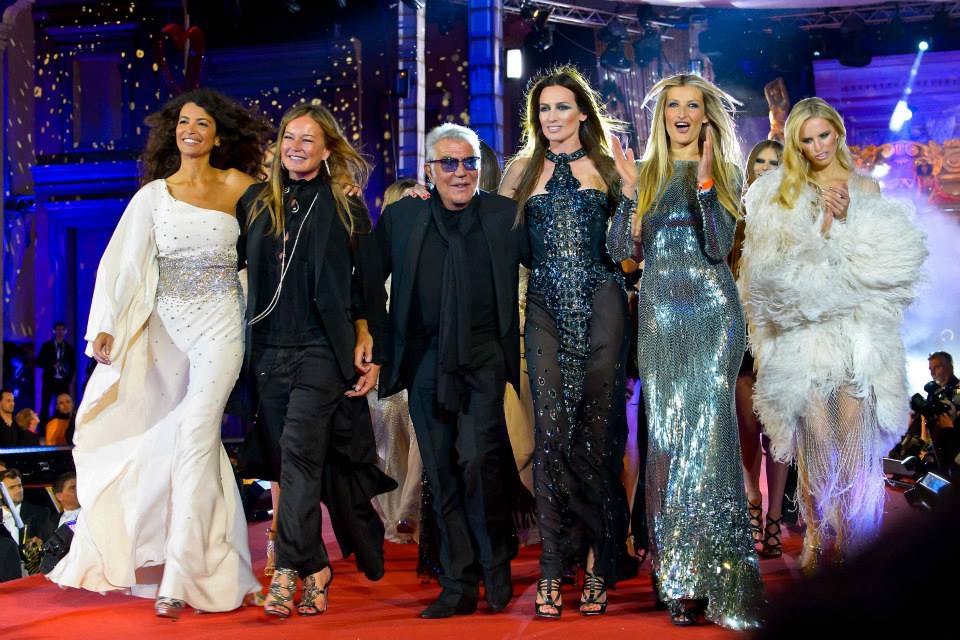 “Roberto Cavalli is unique in the opulence of his fashion – combined with his long lasting dedication in the field of HIV/AIDS he meets the spirit of Life Ball like no other,” said Life Ball officials.

AIDS LIFE/the Life Ball has been ranked 13th of all European fund-raisers in the report “U.S. and European Philanthropic Support to Address HIV/AIDS in 2011”, which classified around 300 private fund-raisers from all around the world according to their spending for HIV and AIDS projects. As there were no events on rank 1 to 12, the Life Ball can be called the biggest AIDS charity event in Europe. On a global scale, AIDS Life is ranked 38th, with the Bill &  Melinda Gates Foundation being first.

Louis Vuitton luggage set
Louis Vuitton, the famous luggage manufacturer from Paris since 1845 is legendary when it comes to traveling because of
its suitcases, purses and accessories, which are elegant and innovative at the same time. A set consisting of seven
Louis Vuitton cult pieces was auctioned – among them the Vuitton Pegase 55 or the Louis Vuitton Housse
Porte-Habit. The products can be personalized at the Louis Vuitton Store.
Chopard Happy Sport Chronograph unique piece
A very special Happy Sport steel Chronograph has been created exclusively for the AIDS Solidarity Gala 2013. The 18 ct white gold bezel is set with 40 rubies. On the white mother of pearl dial two Happy Diamonds are moving between the sapphire glasses together with the 18 ct white gold Red Ribbon symbol set with 11 rubies. The reverse side of the watch shows the engraving “AIDS SOLIDARITY GALA” – “PIECE UNIQUE”. This high-carat rarity was worn by Anna Netrebko during the Gala Evening.
AIDS Solidarity Cooler designed by Cavalli manufactured by Lobmeyr
With the “AIDS Solidarity Cooler designed by Cavalli manufactured by Lobmeyr”, a new concept for the auction is introduced. Because last year, many were interested in the Cavalli-style champagne cooler, its new owners, Karolina Kurkova and her husband Archie Drury, donated it to the Life Ball. Thus, it will be auctioned again, with an engraving of their famous previous owners. Kurkova and Drury will be present at the auction. Subsequently, the cooler, which has  been hand-cut in the Lobmeyr manufactory, will be auctioned at each AIDS Solidarity Gala, its initial auction price always being the previous year’s purchase price. The new buyer receives the cooler for one year – the name of each buyer will be engraved on the pedestal, which means that the sentimental value of the exquisite cooler increases every year. 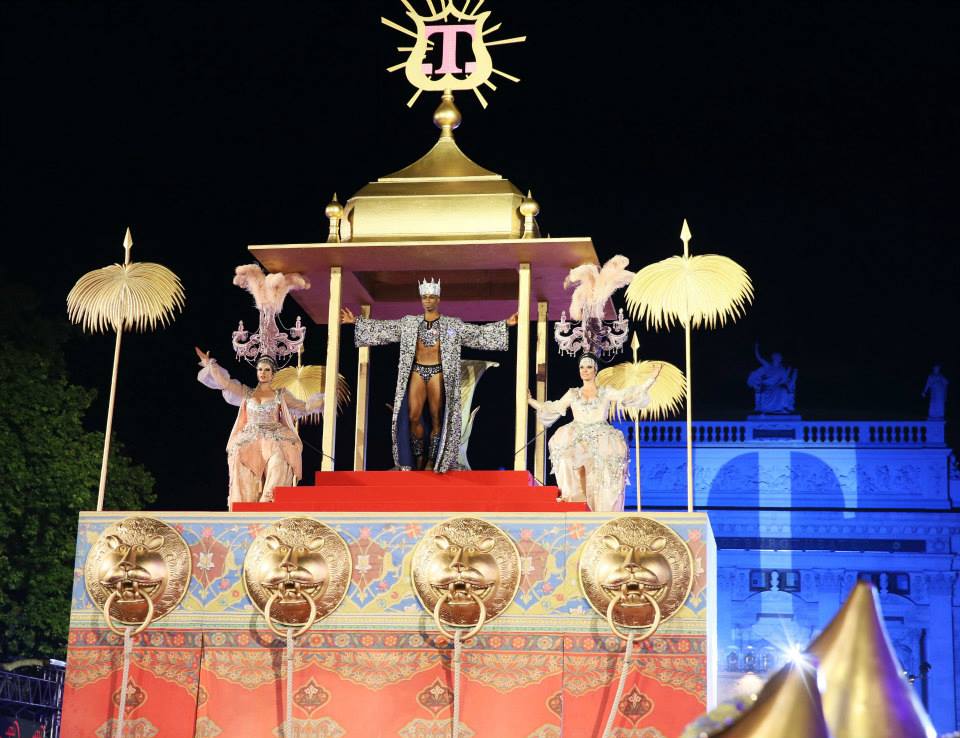