The Max Mara Art Prize for Women in collaboration with the Whitechapel Gallery is a biannual award established in 2005. The aim of the Art Prize is to promote and support female artists based in the UK, enabling artists to develop their potential with the gift of time and space.

The winner is awarded a six month Italian residency tailored to fit the artist and their winning proposal for the Prize. During the residency the artist has the opportunity to realise an ambitious new project which is presented in major solo exhibitions at the Whitechapel Gallery in London and Collezione Maramotti in Reggio E 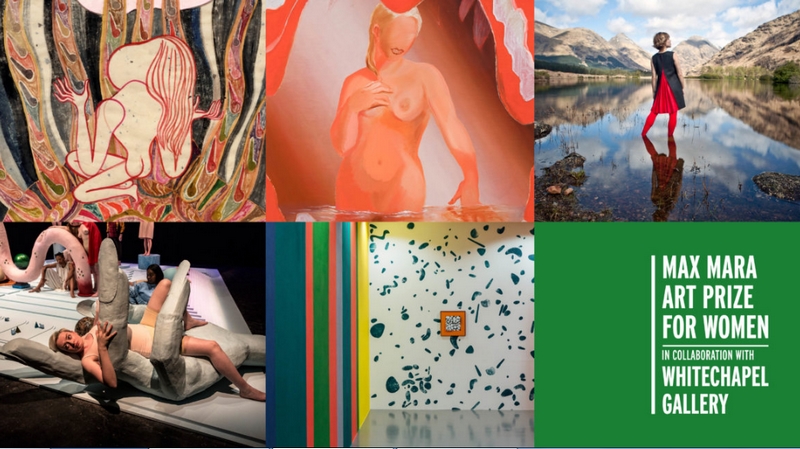 Her work is known for confronting the modern world’s most pressing issues from the environment and gender to the way we communicate. Now, Emma Talbot has been announced as the winner of the Max Mara art prize for women, for a proposal to reimagine the work of Gustav Klimt for the 21st century.

Born in Stourbridge and based in London, Talbot’s work in drawing, painting and sculpture has often combined the personal and political. Her proposal was based on Klimt’s 1905 painting The Three Ages of Woman, in which a naked elderly woman stands in apparent shame next to two younger generations. She intends to animate the figure of the older woman as someone with agency, who overcomes a series of trials similar to The Twelve Labours of Hercules. The work intends to counter prevalent negative attitudes to ageing and the representations of women.

On receiving the prize, Talbot said: “This prize comes at a crucial point that seems incredibly timely for me, as I only recently began to focus fully on my own work, having for many years taken on teaching roles to support my family, as a single parent. The Max Mara art prize for women will help me make the most of this major step.”

The prize, which supports UK-based female artists who have not previously had a major solo exhibition, has been running biannually since 2005. Talbot, who is the eighth winner, was chosen from a shortlist comprising Allison Katz, Katie Schwab, Tai Shani and Hanna Tuulikki, by a panel of art-world experts including art critic Hettie Judah, who writes for the Guardian. Iwona Blazwick, director of the Whitechapel Gallery, said: “Emma Talbot makes radiant drawings and polychromatic sculptures on an epic scale; and combines word and image to express the lyricism and the pain of subjectivity.”

As her prize, Talbot will spend six months on a bespoke residency planned for later this year in Italy, with time spent in Rome, Reggio Emilia and Sicily to research classical mythology, textile craftsmanship and permaculture. However, this is subject to change due to the ongoing coronavirus outbreak. A spokesperson for the Whitechapel Gallery said: “We are monitoring the situation, and plans will be adapted if needed. The health and safety of all those involved in the prize is our highest priority.”

The artist’s first exhibition is currently scheduled for mid-2021.