Bird or plane? The world’s first jetpowered man at aviation’s biggest gathering in the world. 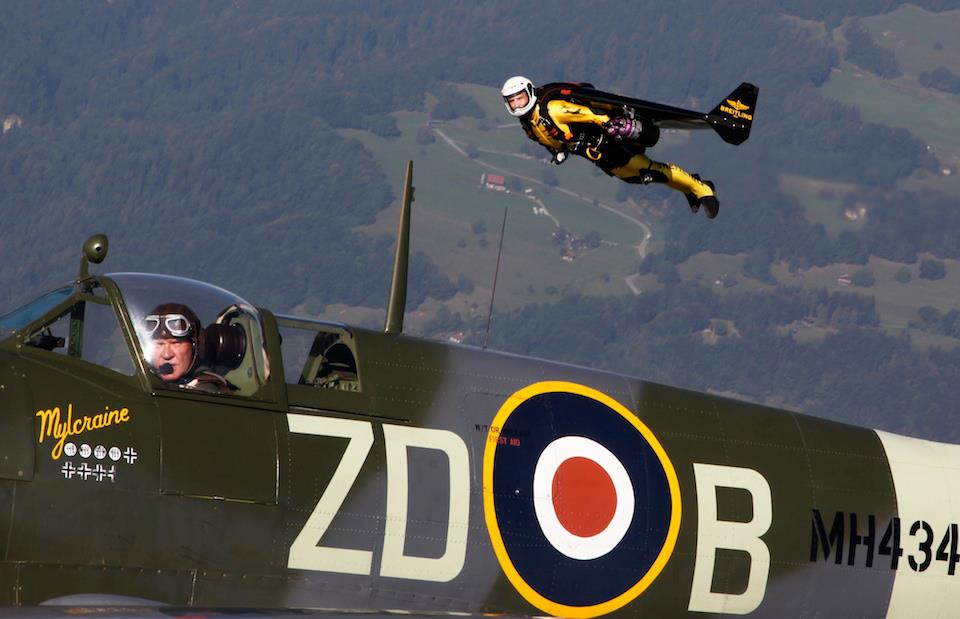 Using a carbon-Kevlar jetwing with four engines, each of which capable of a 22- kilogram thrust, the Swiss aviator is able to propel himself through the sky at upward of 150 mph, controlled by a simple throttle in his hand. The rest of the controls are left to the human fuselage – Rossy himself – who simply uses his shoulders, body, and legs to steer, pitch, and descend. This forward-thinking technology has allowed Rossy to achieve many outstanding feats since 2008, including soaring above Rio de Janeiro, completing aerobatics from the Breitling Orbiter balloon, crossing the English Channel and flying in formation with various Breitling jets, warbirds and passenger aircraft.

“We have eagerly followed and supported Jetman’s progress and success for several years,” said Jim DiMatteo, EAA’s vice president of AirVenture features and attractions. “He has already been featured as our cover story in EAA Sport Aviation magazine (March 2011), so to welcome him here this summer is an exciting first and part of the unique flying world you’ll see only at Oshkosh.”

The American tour follows Jetman’s successful private flight over the Grand Canyon in 2011 and numerous demonstrations in Europe. EAA assisted Rossy with the paperwork to make the U.S. flights possible. 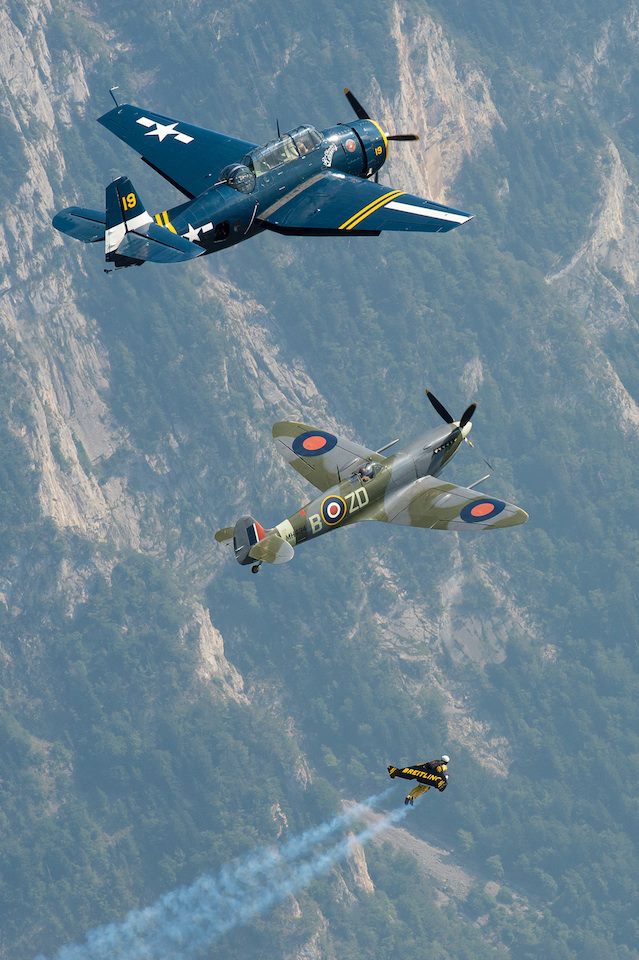 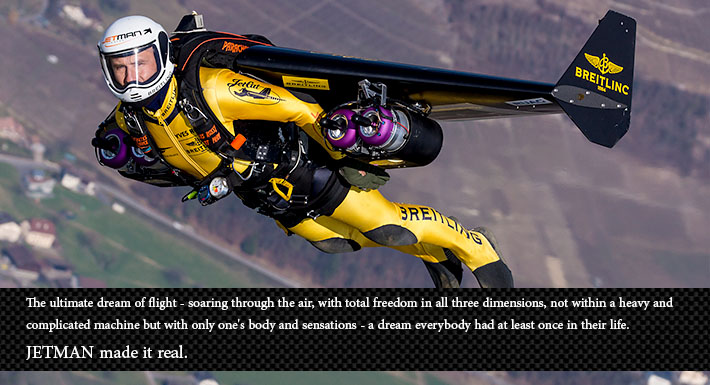 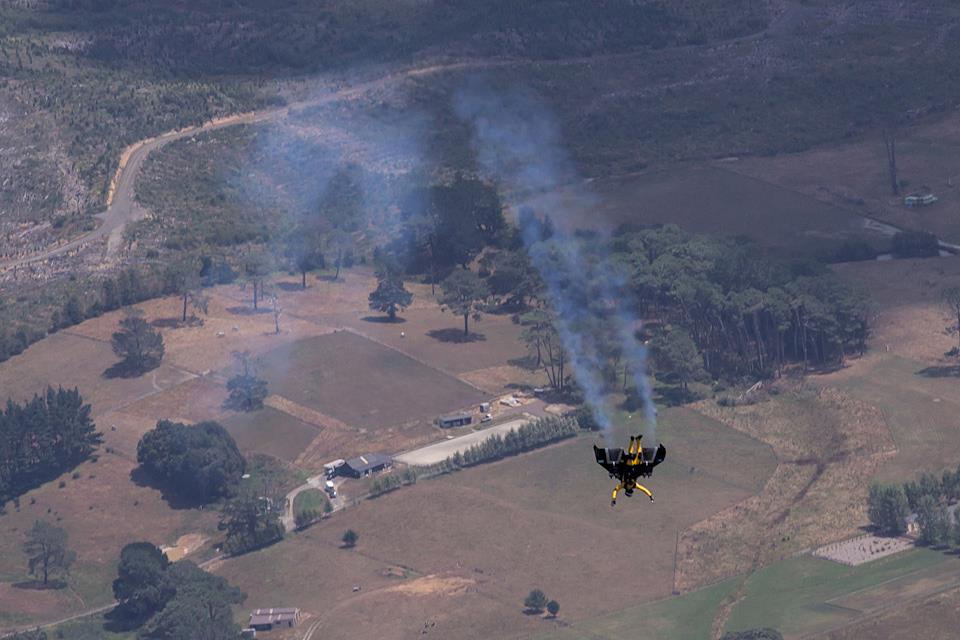 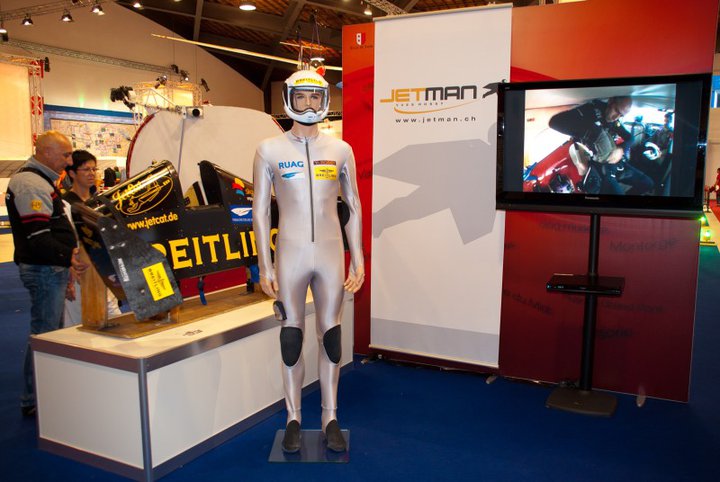 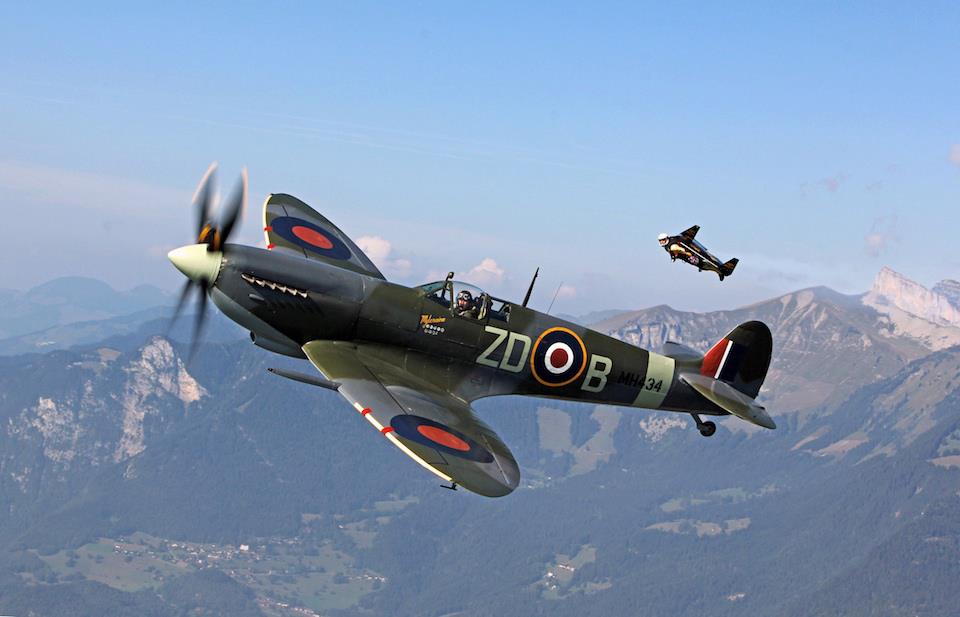