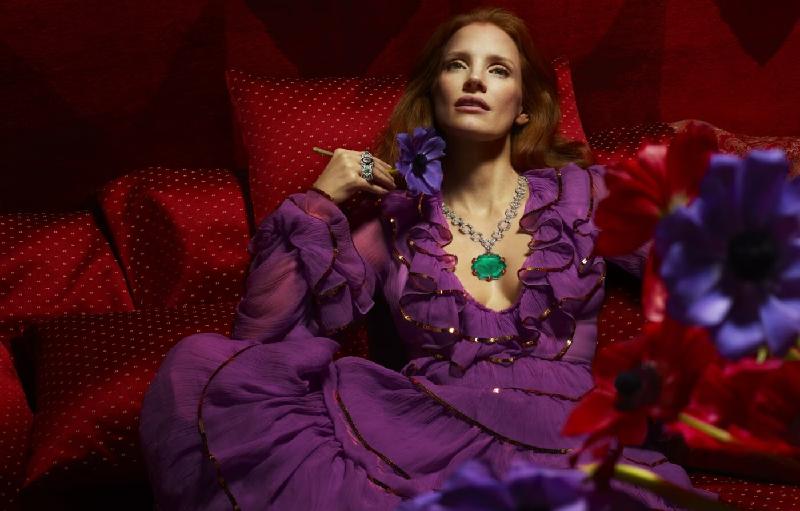 Rome, which was once the culmination of the 18th-century Grand Tour, becomes the starting point of Gucci’s Alessandro Michele’s third Hortus Deliciarum High Jewelry collection — a travelogue transcending time and space. Reimagined by Gucci Creative Director, a series of antique micro-mosaics of Roman monuments are set with diamonds and emeralds, becoming unforgettable souvenirs from the eternal city that has fascinated and inspired travelers for centuries. 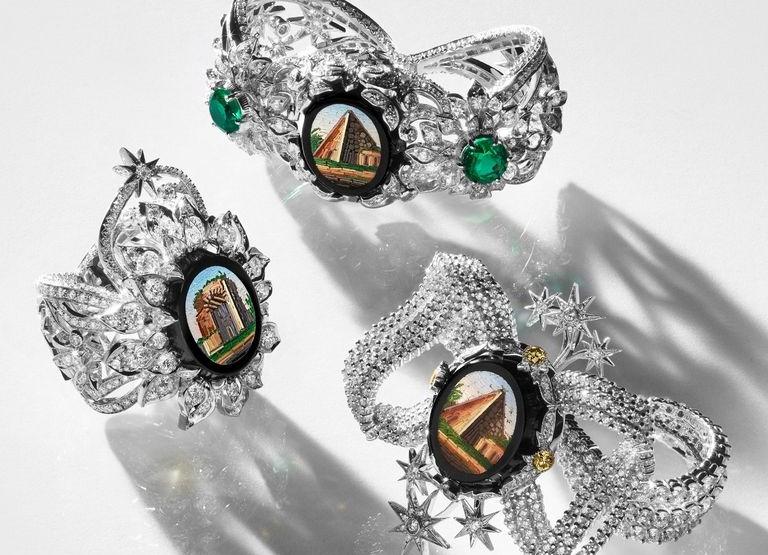 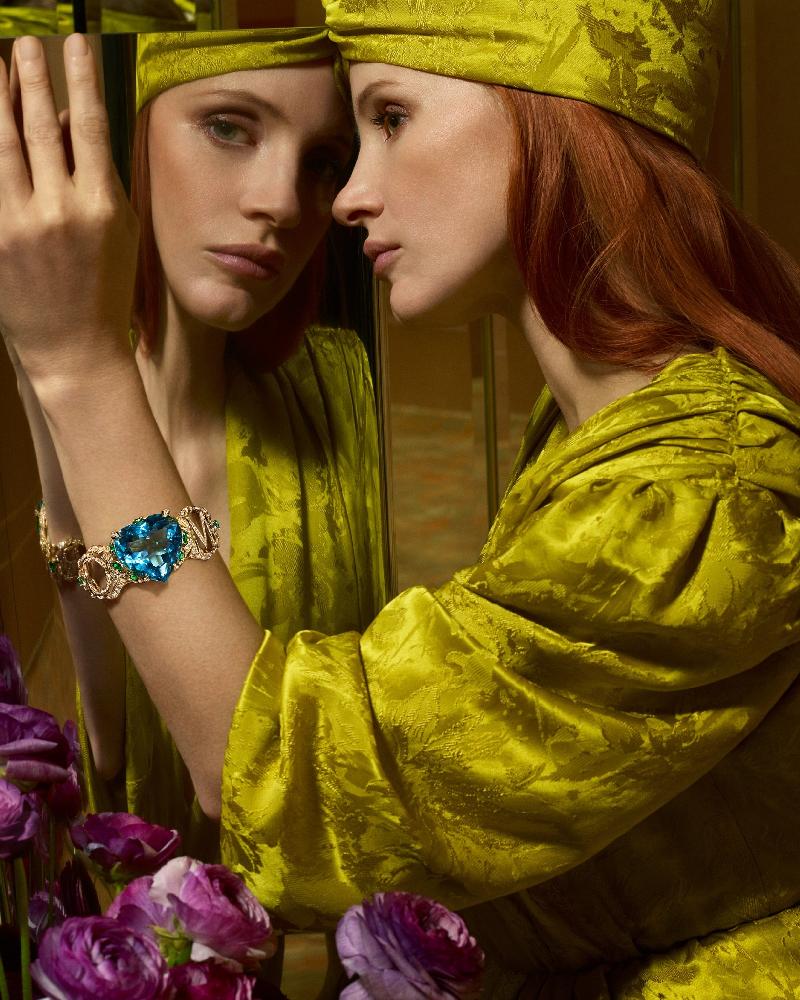 Designed by the Creative Director Alessandro Michele, the new High Jewellery collection is showcased in a new campaign shot by Mert & Marcus featuring Oscar-winning actress and film producer Jessica Chastain. Imbued with a poetic and timeless aesthetic, the series of pictures and dedicated film evokes the atmosphere behind the new pieces of Hortus Deliciarum.

Named Hortus Deliciarum, Latin for ‘Garden of Delights’, Gucci’s High Jewellery collection draws on the symbolic motifs that are dear to Alessandro Michele and Gucci, taken from the extensive and multifarious canon of the House’s iconography. 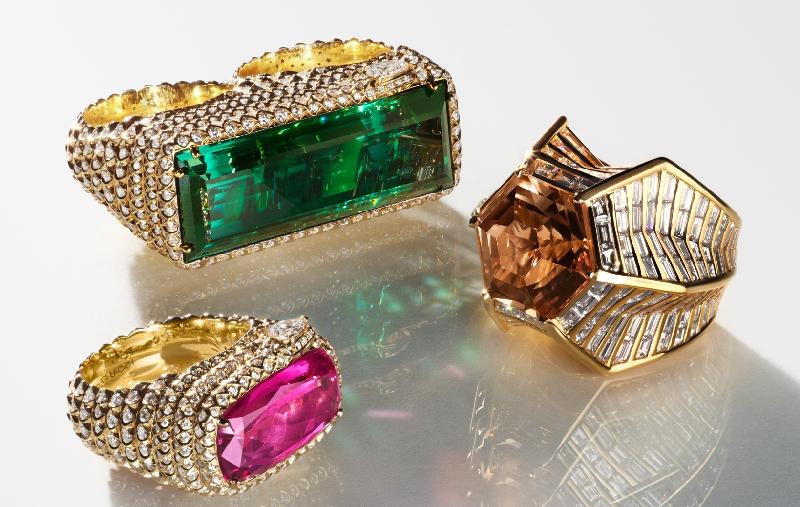 A COLLECTION OF MEMORIES

Made of unique pieces divided into five themes, the new collection is a creative ode to specific historical and architectural eras suspended in time and space. The journey, inspired by the Grand Tour, reveals romantic, maximalist jewels made with mastery. Like a passionate collector, Alessandro Michele writes an allegory that holds within dreams, experiences, stories, and secrets showcased as five chapters of a travel diary in the shape of “souvenirs in the form of a jewel”.

The High Jewellery collection combines Italian craftsmanship with the romantic and poetic narrative of Gucci. Each gemstone has been fastidiously chosen for its quality and uniqueness, speaking to the painstaking attention to detail that Gucci creations are known for.

In a new campaign, Jessica Chastain portrays the stories behind the intricately crafted, maximalist pieces of the third Hortus Deliciarum High Jewelry collection. 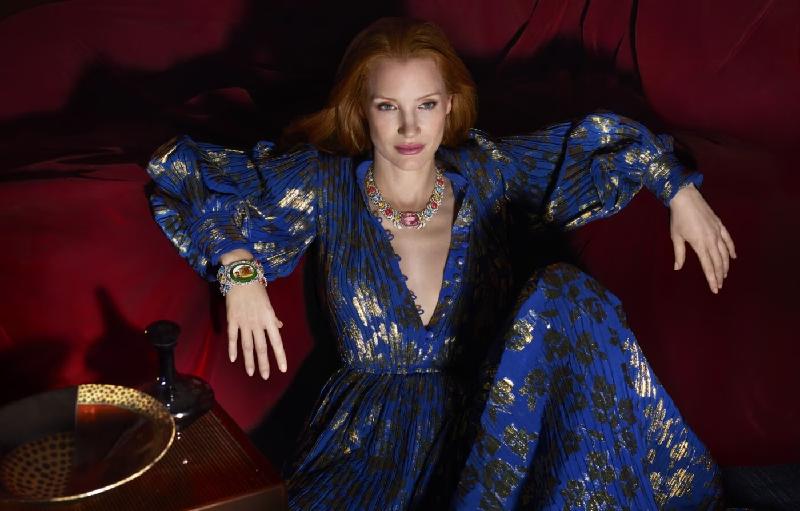 To evoke the narrative behind Alessandro Michele’s third Hortus Deliciarum High Jewelry collection, Oscar-winning American actress and film producer Jessica Chastain plays an eclectic collector of mementos and memories. In the film and photographs, a peek into the protagonist’s home reveals an opulent trove of souvenirs accumulated throughout her life’s travels. Mimicking the splendor of a voyage, these special items, masterfully crafted with precious gemstones including emeralds, aquamarines, opals, and rubellites, tell stories and secrets of faraway places.

In the storytelling of the new collection, Alessandro Michele takes on the role of mythographer. Inspired by the 18th-century Grand Tour trips, he creates a dreamlike map of memories suspended in time and space through 200 poetic pieces. Five destinations and five chapters define this travelogue, with each meticulously made creation containing the magnetic rapture of a place through intricate designs and magnificent gemstones. In the campaign, it is Jessica Chastain’s character who has seemingly taken this transcendent trip to extraordinary lands. 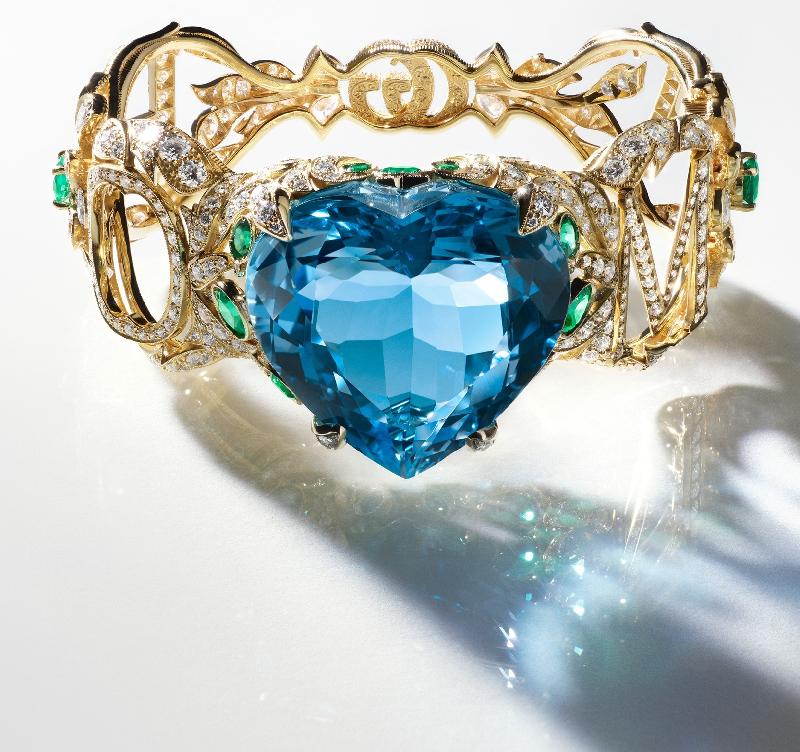 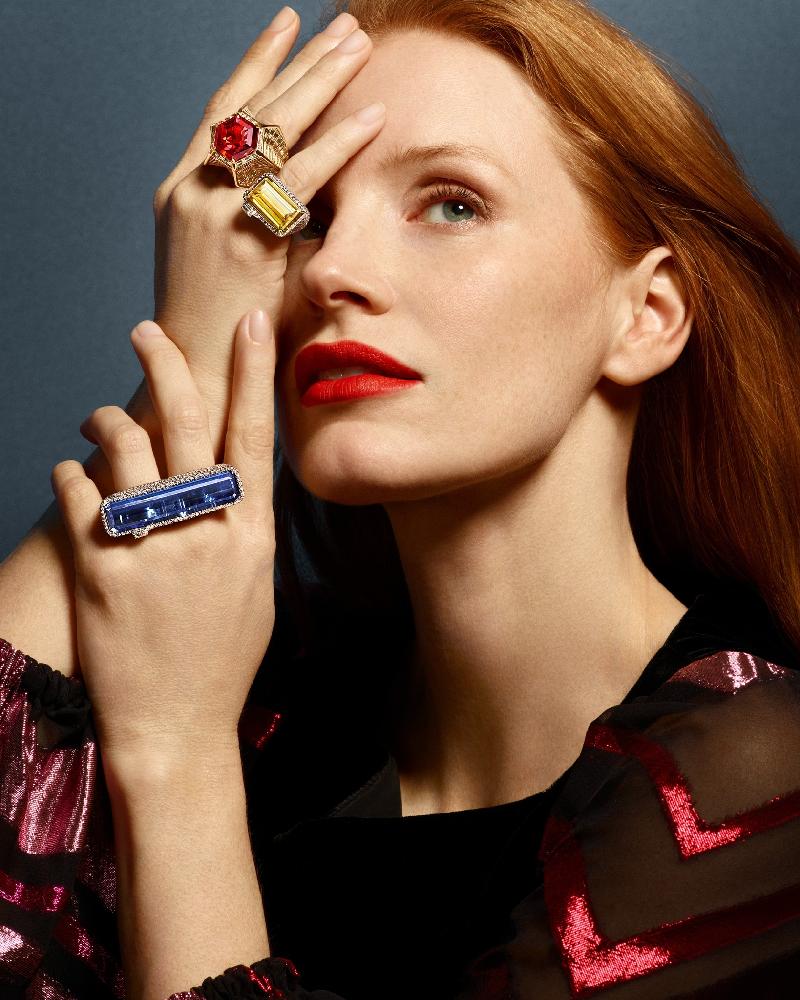 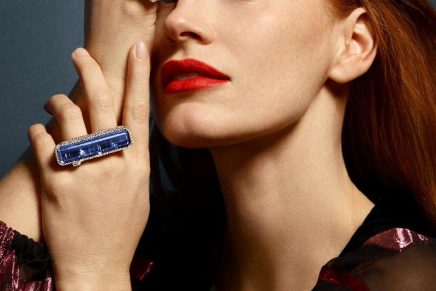 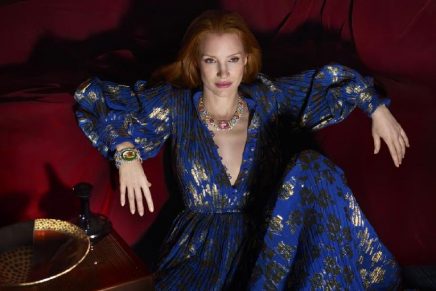 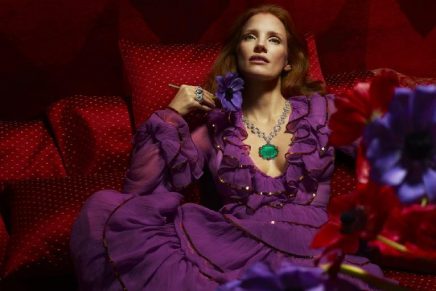 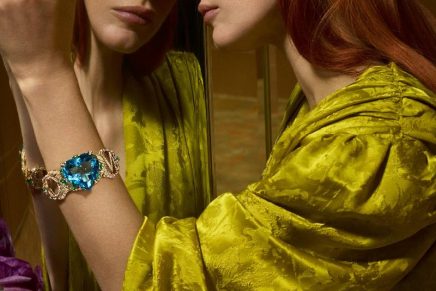 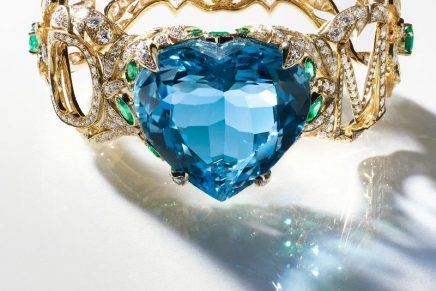 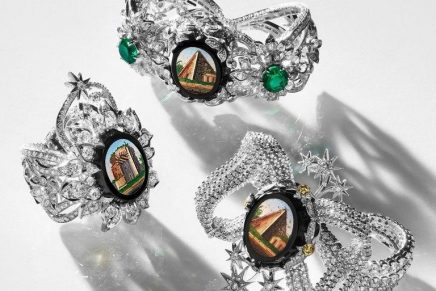 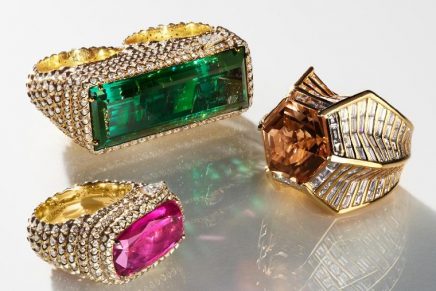