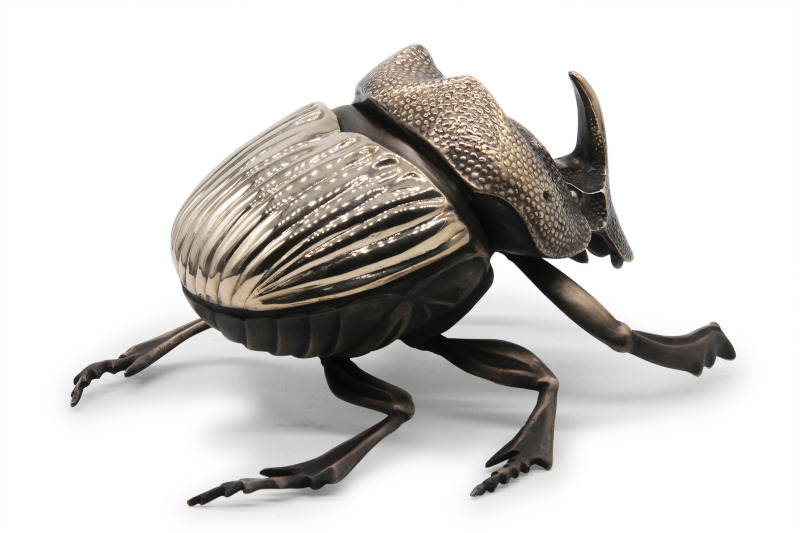 A Tale of Giants and Insectophile Humans.

While Martin Pierce’s fascination with nature may not be news worthy the inventive story line and fantastical bronze sculptures it supports, most certainly is. The new sculpture collection represents a departure from the stricter realism of his hardware and furniture designs. Realism is still focal to his new wasp, cricket, and beetle sculptures for as Pierce puts it “these creatures are inherently beautiful so nothing is to be gained by distorting or obscuring their form.”

Faced with a world “where insects lack the social and environmental importance they deserve and where humans dominate the planet with demands that are contrary to the wellbeing of other species,” Pierce and his wife, Anne, decided to create an alternative narrative. In this fictional world through sculpture and paintings Pierce reverses the relative size of humans to insects making the former diminutive and the latter giants. The fictional scale gives rise to a new relationship and the adversarial human is reinvented as an insect loving humanoid. While the dynamic between these 2 species is evolving, it is based an agrarian lifestyle where both farm together and jointly partake in the fruits of their labors. 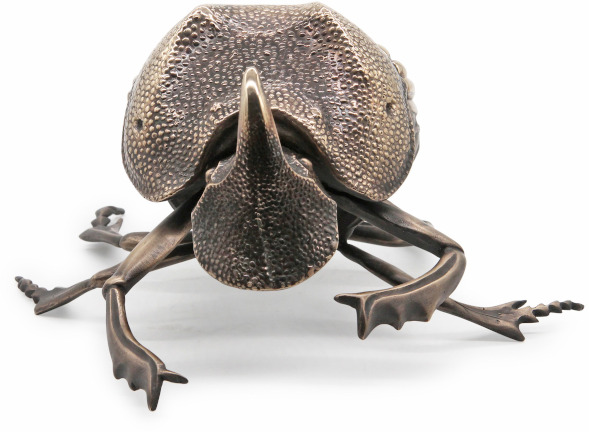 The sculptures are being released carefully to ensure that each creature’s physical characteristics and abilities are accurately depicted in the story line.

The dung beetle is the most recent piece and is first being released as a free-standing giant in a bronze edition of 30 pieces.

As Anne Pierce explains “there will be other dung beetles in the collection that will show these remarkable creatures competing with others in an annual race or as parents rolling the brood ball backwards with portals into the baby dung beetle chambers.” Currently Anne and Martin are designing the dung ball that they visualize as textural and possibly with educational tiles.

To create the pattern for the first dung beetle, Martin studied the blue horned rhinoceros beetle under a magnifying glass “to get a better understanding of how this ½” long beetle extends and bends it’s segmented legs, retracts and conceals it’s antenna and how it’s body parts can be expressively positioned. I felt that I had to understand the anatomical and mechanical function of this beautiful creature if I was to portray it as an athlete, parent and master of rolling dung balls.” As Anne Pierce puts it “you can only think like a fictional dung beetle once you have seen his real-life cousin.” 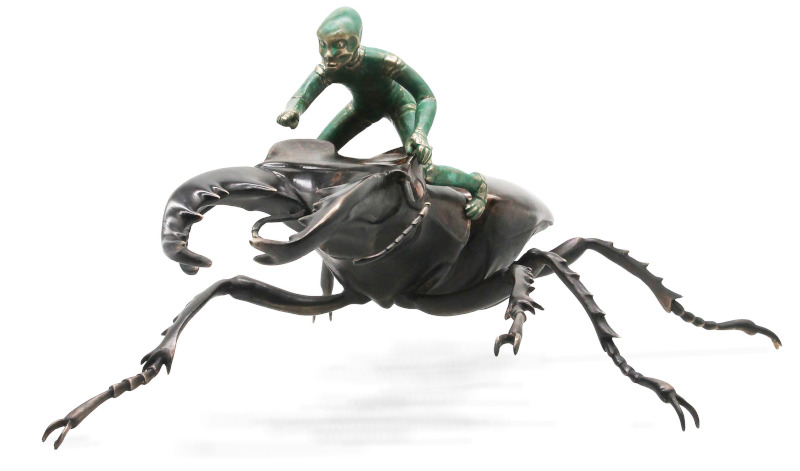 The sculpture collection has been compiled over the last few years but the covid lock down gave Pierce the push needed to finish these first editions. Work priorities and creative passions were re-prioritized so that he could channel his artistic energy into creating a new fictional reality in bronze.

Pierce was born in England, left school at 16 and trained as a wood carver where he learned to carve quickly and 3 dimensionally. Leaving England in 1980 he settled in Los Angeles with his wife, Anne and together they established creative collections of furniture and door hardware. In this new collection of large stag beetles, wasps, and crickets the scale of his insects and humans has been reversed. 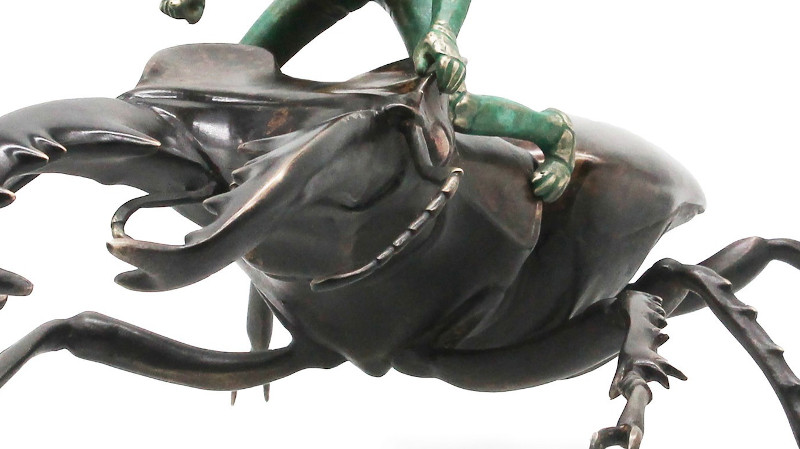 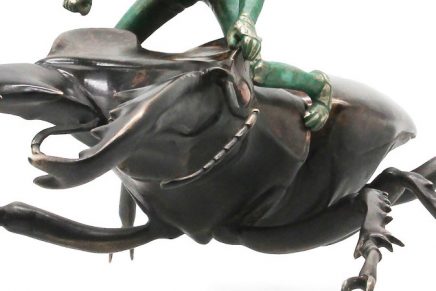 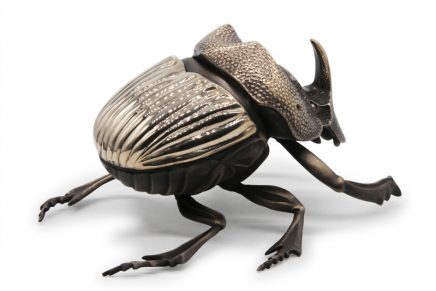 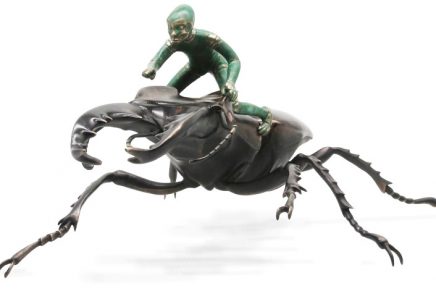 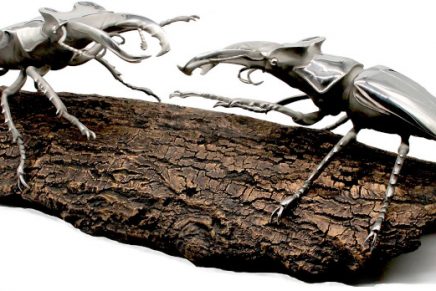 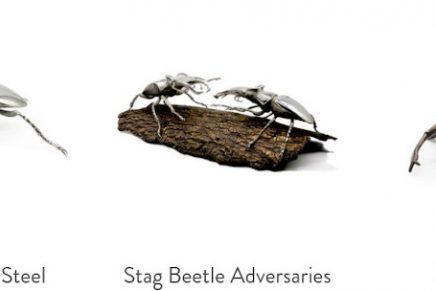 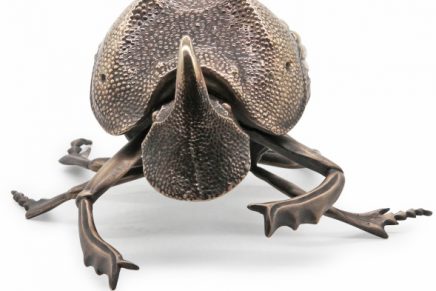