Gucci is Reinterpreting the Gucci Bamboo 1947 and Gucci Diana

Reflective of its era, a bamboo handle tote was first presented by Gucci luxury house in 1991. Speaking to the narrative of evolution and reinvention that runs through Gucci’s designs, the Gucci Diana bag is reimagined by Alessandro Michele in three different sizes with removable, neon leather belts —a nod to the functional bands that once came with the original bag to maintain the shape of the handles.

Bamboo is elastic, environment-friendly, and biodegradable.

Alessandro Michele’s Gucci Bamboo 1947 and Gucci Diana handbag designs appear in videos, images and illustrations created by talented artists and photographers from around the world who were asked to share their personal vision of the renowned style.

Championing self-expression and creativity, the collaborative digital project to celebrate the Gucci Bamboo 1947 handbag style continues with a new series featuring the Gucci Diana tote bag. Cinthia Sifa Mulanga is one of the artists tasked with reinterpreting the design. Her artwork focuses on beauty constructs, as well as their psychological and physical impact on African women.

Nicole McLaughlin is a designer that focuses on sustainability through upcycling. Utilizing used volleyballs, the material was deconstructed and reconstructed to create her version of the Gucci Diana bag designed by Alessandro Michele and part of the Gucci Beloved lines.

Inspired by a bamboo handle tote bag from the ’90s, the Gucci Diana brings timeless elements from the archive to the fore. The medium-sized tote is introduced in a new hue of blue, complemented by the blue and red House Web for the Gucci Love Parade collection. Adding a contemporary note, the shoulder strap can be removed or interchanged with a tonal leather version—allowing the bag to be carried and styled in different ways.

A new Gucci Diana version features bright and colourful geometric motifs that recall the uniforms worn by horse riding jockeys. The collection is inspired by the Parade Ring, or paddock, where horses walk around as a warm-up before the race and to help racegoers pick a winner.

Continuing its 100-year legacy in luggage, Gucci presents a selection of Ophidia travel bags defined by a blue rendering of the GG monogram and Web motif. In a special portfolio of images by GQ in collaboration with the House, the pieces are captured within the Gucci Archive in Florence’s Palazzo Settimanni.

To explore Gucci’s past and present with GQ, Harris Dickinson spent a day in the Gucci Archive discovering the Ophidia travel bags from the Love Parade collection side by side with vintage GG monogram bags colored in the same shade of blue. 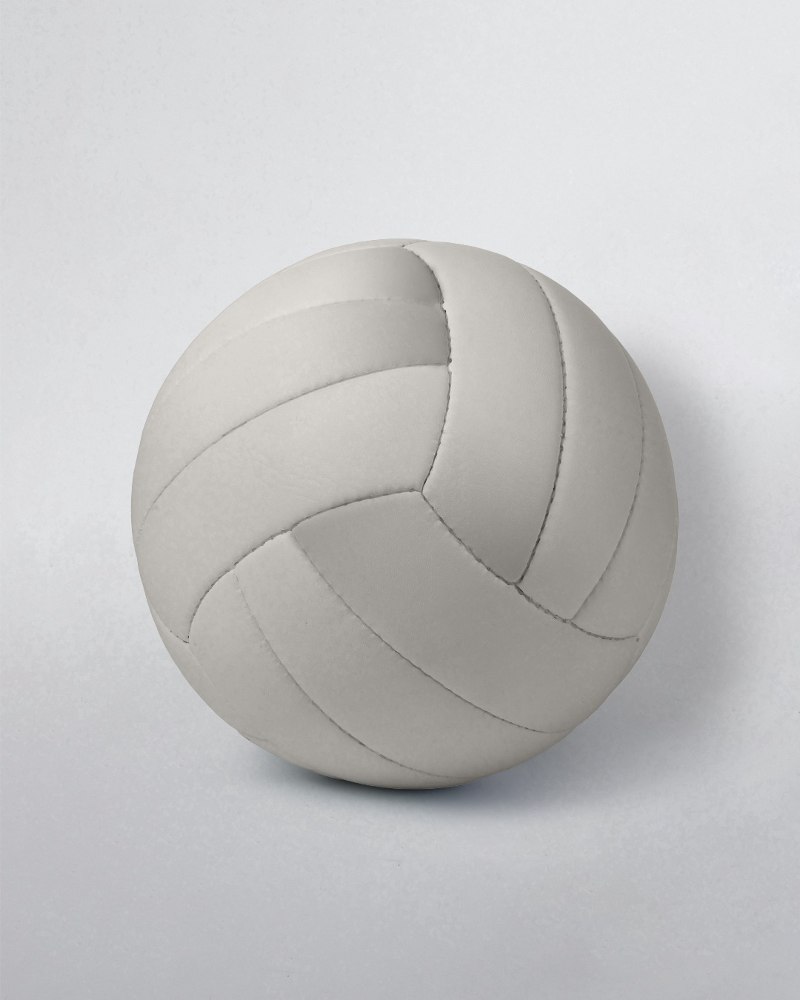 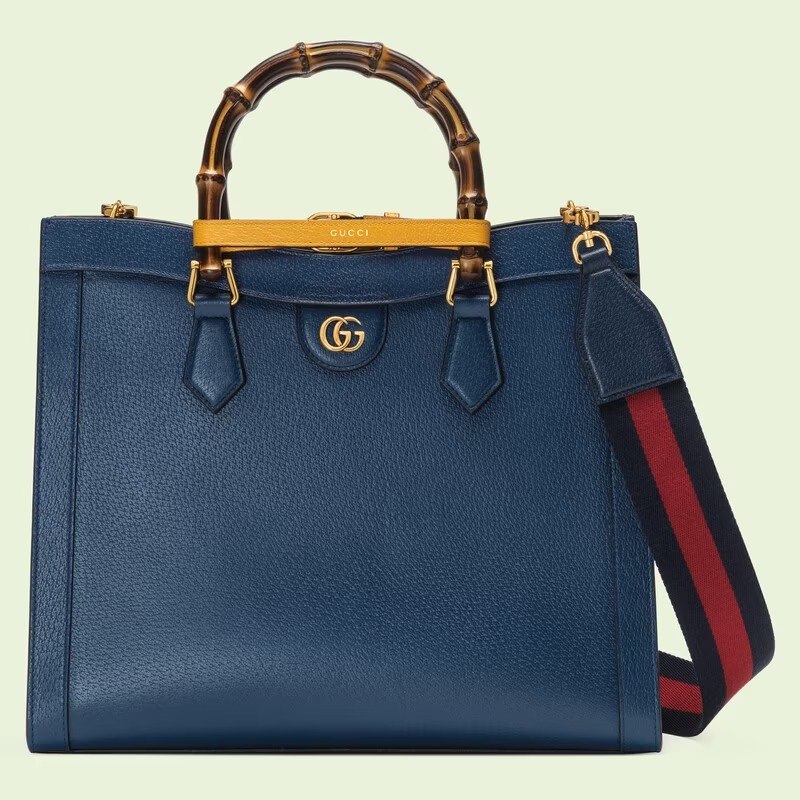 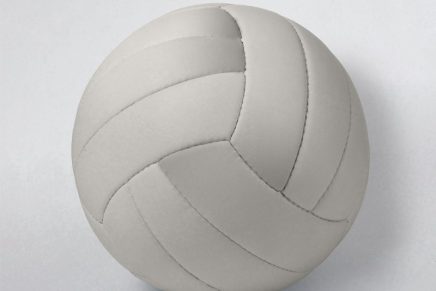 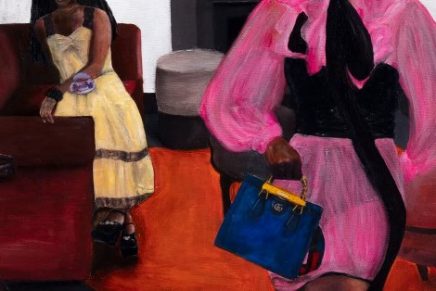 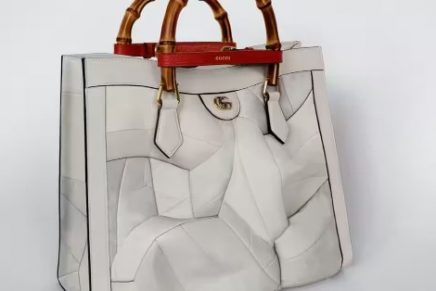 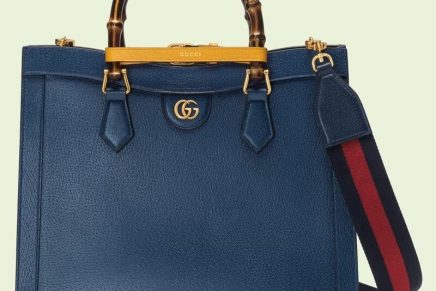