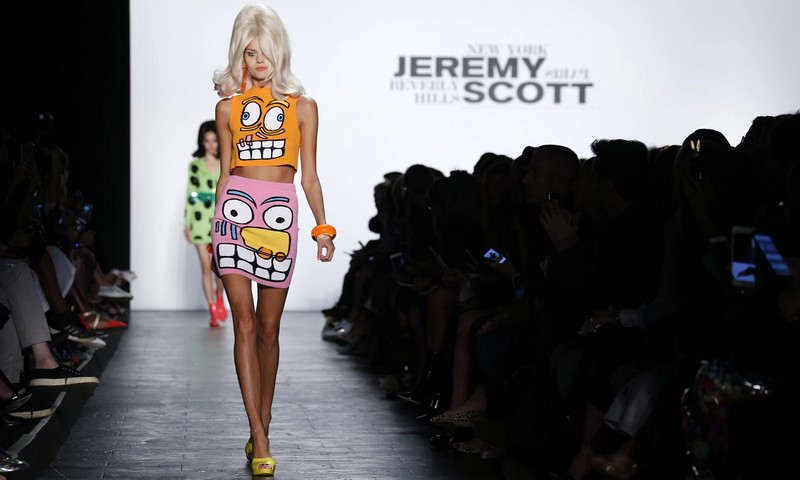 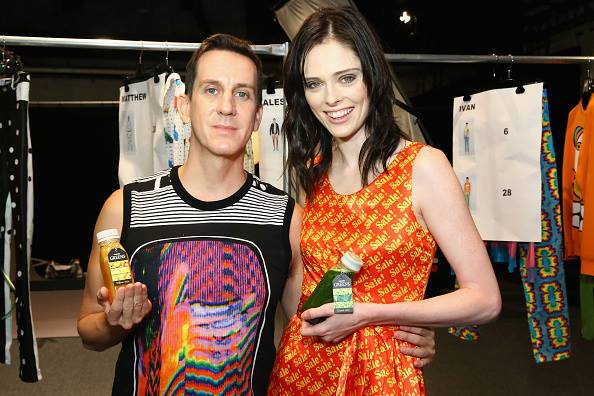 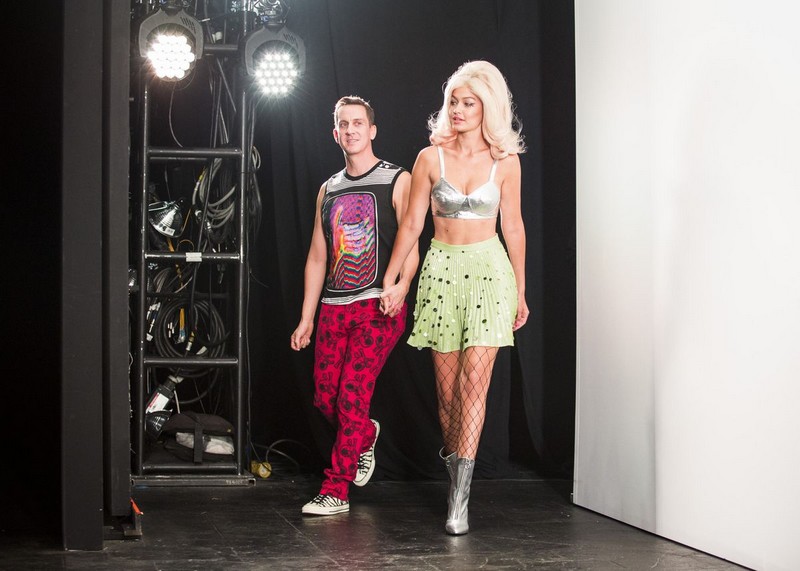 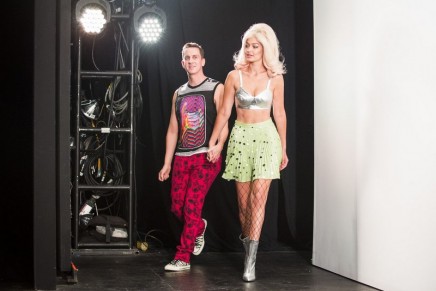 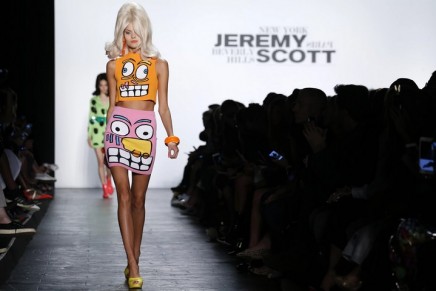 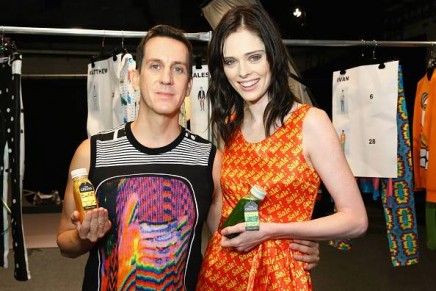 “Plastic is fantastic” was Jeremy’s Scott’s summation of the mood of his spring/summer 2016 show at New York fashion week on Monday afternoon.

Looking at the collection, this wasn’t just a pithy sound bite for the crowds of press backstage. It was a pretty neat description of clothes that combined bright colours, vibrant prints and, yes, plastic in shiny jewellery and dresses made from panels of Perspex. It was all worn by models in wigs that unapologetically resembled cartoon hair like that last seen in the 60s futuristic cartoon series, The Jetsons.

Since he launched his label in the late 90s, Scott has excelled at anything with a pop-art bent – and his references for this are seemingly endless. The designer, who has also worked as creative director for Moschino since 2013, has previously drawn inspiration from fast food to Barbie, telephone wires and the Flintstones.

This time around, it was “the cool girls in the Lower East Side in the 80s, and how they loved John Waters movies, Russ Meyer movies, as well as Startrek. It was about future babes”.

The feeling of mismatched things coming together – 60s pop culture seen through the prism of the 80s – was there from the start of this show. The B-52’s Planet Claire kicked off the soundtrack, and there were nods to Deee-Lite’s Lady Miss Kier (with daisy patterns and op-art) and Tim Burton’s sci-fi spoof, Mars Attacks!

The clothes were suitably out of this world. They included boxy shifts in metallics, co-ords made from chunky knits in totally synthetic colours like Kool-Aid purple, and leather trousers with black and white polka dots for men. Prints included googly-eyed monsters (a specialism from Scott), static TVs and – a sure-fire hit – toy space guns. Not exactly lowkey, but a whole lot of fun.

It was easy to imagine the stars in the front row – Rita Ora, Coco Rocha, Nicky Hilton and cast members from Empire, all clad in Jeremy Scott designs – donning these clothes next season.

If Scott has always had a loyal following of club kids and rising musicians, who like his attention-grabbing clothes, he is now in the pocket of the A-list. He’s even designed clothes for Madonna to wear on her latest tour. Moreover, his reputation is due to increase this month as a documentary about his career “from Missouri to Moschino”, Jeremy Scott: The People’s Designer, is released in cinemas.