The watch engineered for the man who adapts.
The perfect companion for our summer expeditions.

Since 2009, IWC has released a series of Galapagos special editions that are dedicated to research and the protection of the archipelago. The luxury Swiss watch manufacturer has been a partner of the Charles Darwin Foundation since 2009 and actively supports it in its work to preserve the Galapagos Islands. A claim often attributed to Darwin is that it is not the strongest or most intelligent members of a species that survive, but those which are best able to adapt to their environment. For the Aquatimer Chronograph Edition “Galapagos Islands”, we decided that mere survival was not enough, and wanted to ensure that this watch possesses all three of the attributes that Darwin is said to have mentioned.

The watch takes its strength from the robust IWC-manufactured 89365-calibre movement, while the innovative external/internal rotating bezel featuring the SafeDive system provides a highly intelligent mechanism which enables the watch to be used underwater.

Finally, this timepiece demonstrates its ability to adapt perfectly to its surroundings with the jet-black rubber coating on its stainless-steel case, which is reminiscent of the black igneous rock of the Galapagos Islands.

These features make the Aquatimer Chronograph Edition “Galapagos Islands” the perfect companion for your summer expeditions – both above and below the surface. 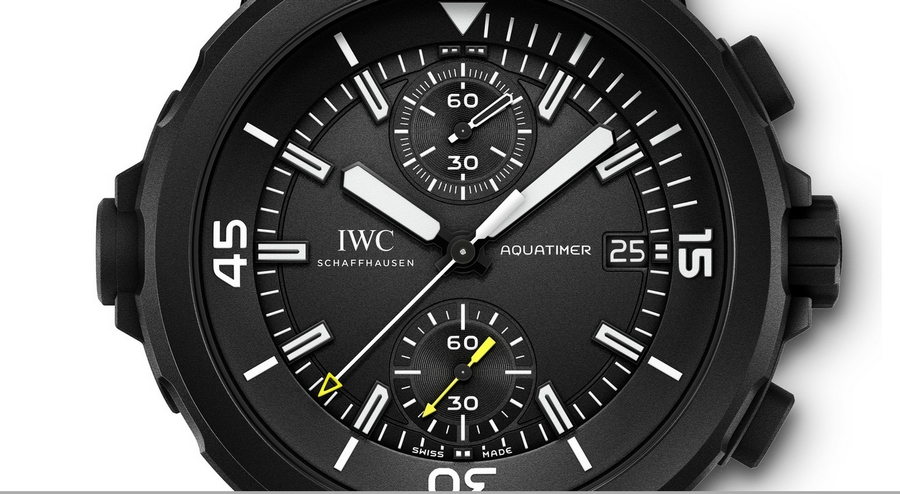 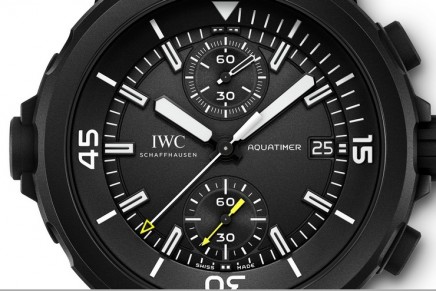