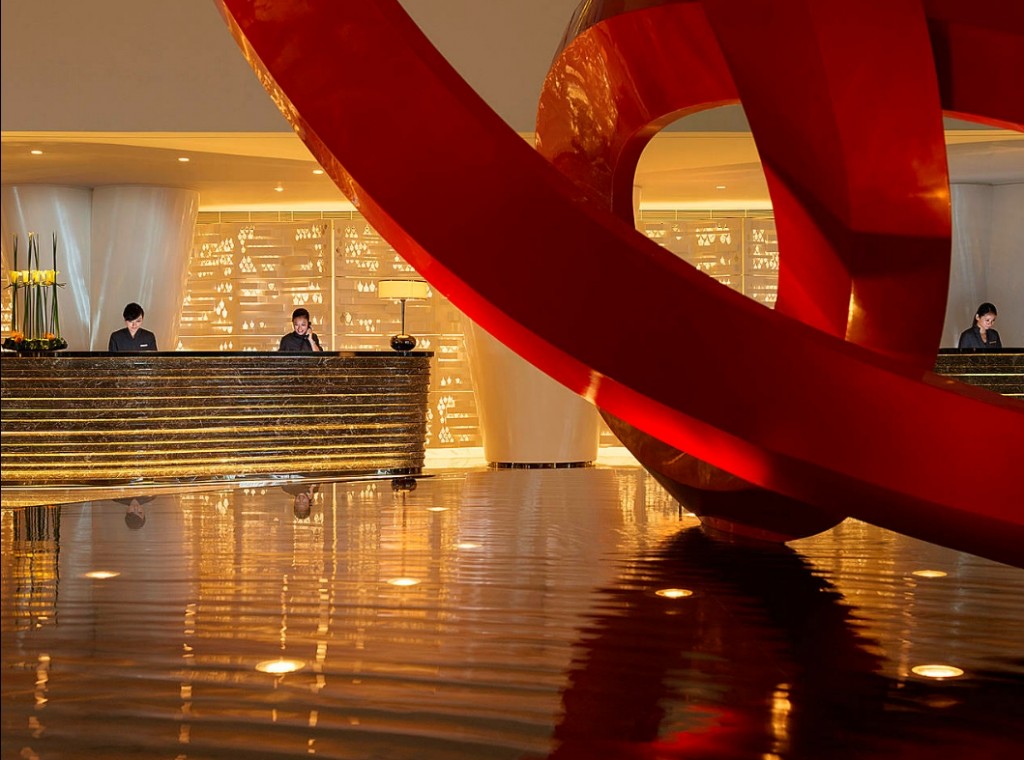 “We are particularly pleased to be the 88th Four Seasons hotel worldwide, doubling our luck for a successful future in Guangzhou,” says Regional Vice President and General Manager Bahram Sepahi.

From the ground floor, guests of Four Seasons Hotel Guangzhou take dedicated express elevators to the 70th floor lobby, where a dramatic three metre red steel sculpture by Australian artist Matthew Harding appears to float on a sea of watery glass, reflecting the astounding ceiling window 30 floors above. The incredible naturally-lit atrium, surrounded by restaurants and rooms above, is higher than the top of St. Paul’s Cathedral in London and New York’s Statue of Liberty.

Throughout the Hotel, a carefully curated collection of paintings, prints and sculptures by contemporary international artists enhances the sleek modern interiors created by HBA/Hirsch Bedner and Associates.

On the 97th floor, the sumptuous Presidential Suite‘s contemporary look is enhanced by original artworks throughout 253 square metres (2,725 square feet) of living space that includes a central living room and dining area with adjacent butler’s pantry and bedrooms on either side. Just below on the 96th floor, the Royal Suite’s design is inspired by a traditional Chinese palette, also accented by original artworks.

Presiding over the kitchen at Yu Yue Heen, the Hotel’s stylish Cantonese restaurant overlooking the 70th floor atrium lobby, is Chinese Executive Chef Law Yiu Choi. More than 50 years of culinary experience was highlighted in 1996, when he became only the second Chinese chef to be named a Chef Rotisseur by the prestigious international gastronomic society Chaine des Rotisseurs, which was founded in Paris in 1950 and traces its origins back to 1248.