Premier League’s matches featuring the 20 teams are available to watch in 880 million households in 188 of the world’s 193 countries recognized by the United Nations. According to research company Nielsen Sports, the Premier League has a cumulative global audience of 3.2 billion, making it the world’s most-watched football league. 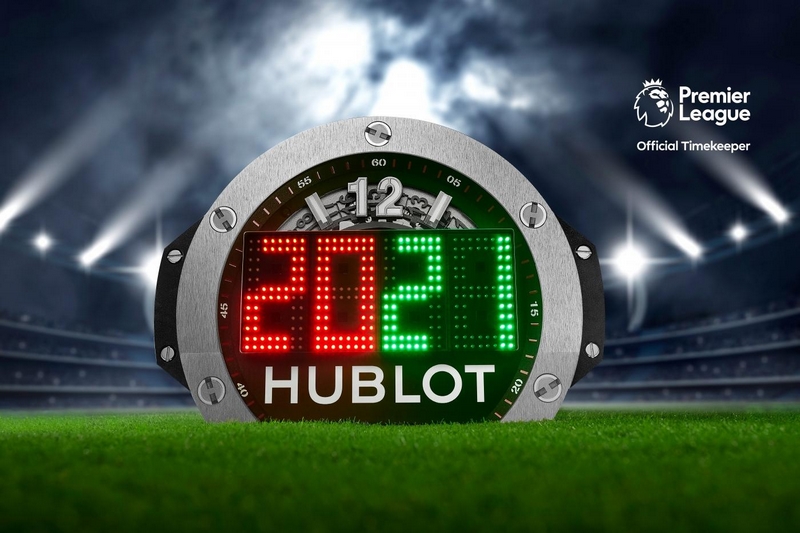 Hublot Loves Football and the luxury watchmaking brand’s partnership with the Premier League is the proof.

Not only was Hublot the first luxury brand to invest in football by partnering with the Swiss National Team in 2006, but now the company has one of the largest portfolios throughout the sport.

Hublot’s historical and now ubiquitous presence in football makes it a perfect partner for the Premier League, which attracts many of the world’s best players and most decorated managers, and is enjoyed by fans around the globe.

As Official Timekeeper for the League, Hublot will time every match pitch-side and on TV screens all over the world.

The Hublot logo will sit alongside the on-screen graphic showing the match score and time. The Swiss luxury watch company will also be represented at every game via the iconic Hublot Big Bang Unico-shaped Referee Board held up by the fourth official to signal extra time and substitutions. Premier League referees will also time matches using a Hublot Big Bang luxury smartwatch, which includes goal-line technology. Between matches, Hublot will feature on all of the Premier League’s digital platforms.

“Following a very successful four-year partnership with the Premier League, TAG Heuer is gradually refocusing its investments on its core areas of sponsorship: motorsports and speed and precision sports. However, the Premier League is a fantastic platform that will further enhance Hublot’s already impressive football portfolio, and we are delighted to be able to retain this important partnership within the LVMH Watchmaking Division,” said Stéphane Bianchi, LVMH Watch and Jewelry CEO. 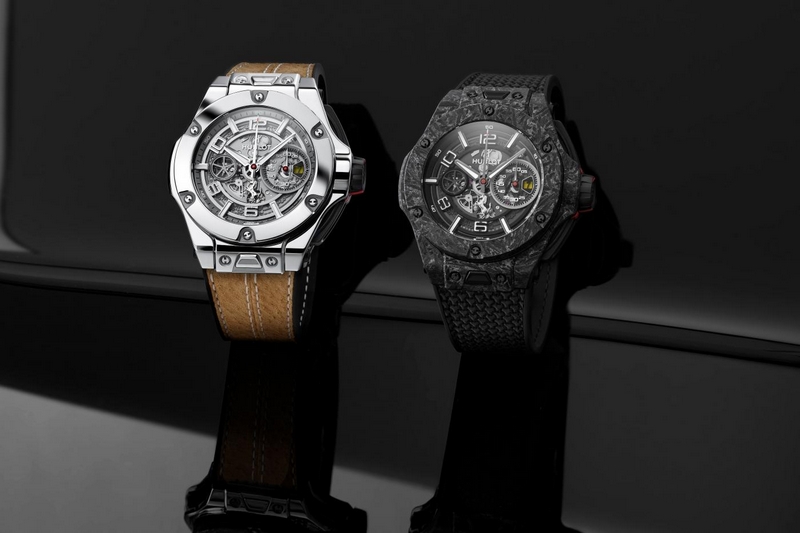 Since 2011, Hublot has worked closely with Scuderia Ferrari, the greatest team in the history of motor sport. On 13 September 2020, Hublot celebrated Scuderia Ferrari 1000th Grand Prix by launching the Hublot Big Bang Ferrari 1000 GP, a model available in two versions, each released in a limited edition of 20 pieces.

Available in two versions, the watch pays tribute to both the glorious history of Scuderia Ferrari and its role at the leading edge of advances in technology. These are released in two limited editions of 20 pieces: 20-20, to reflect the landmark year in which the brand is set to take part in their 1000th race. The first of the two limited editions honours the legend of the prancing horse and represents the brand’s heritage.

The second edition represents the present and the future of Scuderia Ferrari. With a diameter of 45 mm, its case is created from carbon ceramic. This material is both incredibly hard and extremely durable, and there is a reason for this: it is exactly the same as that used for the car brake discs. This cutting-edge technology was developed by Hublot jointly with Scuderia Ferrari. This second version is fitted with a woven strap made from SuperFabric as well as a second leather strap made from embossed black Schedoni leather with black topstitching on a black rubber base. 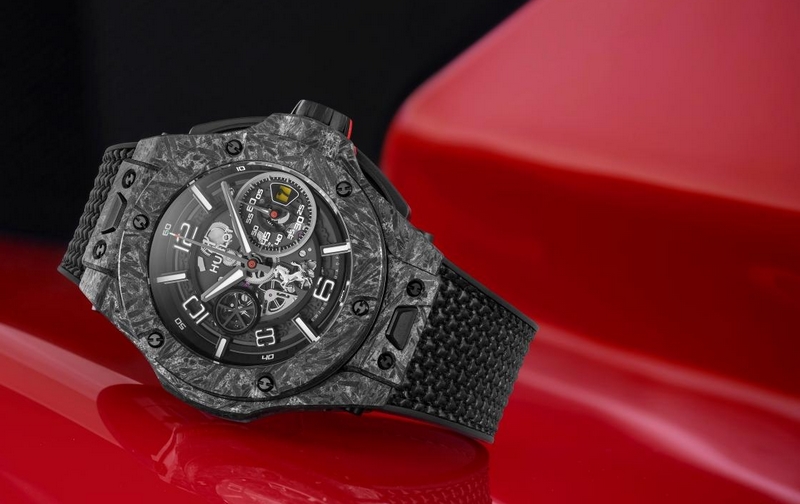 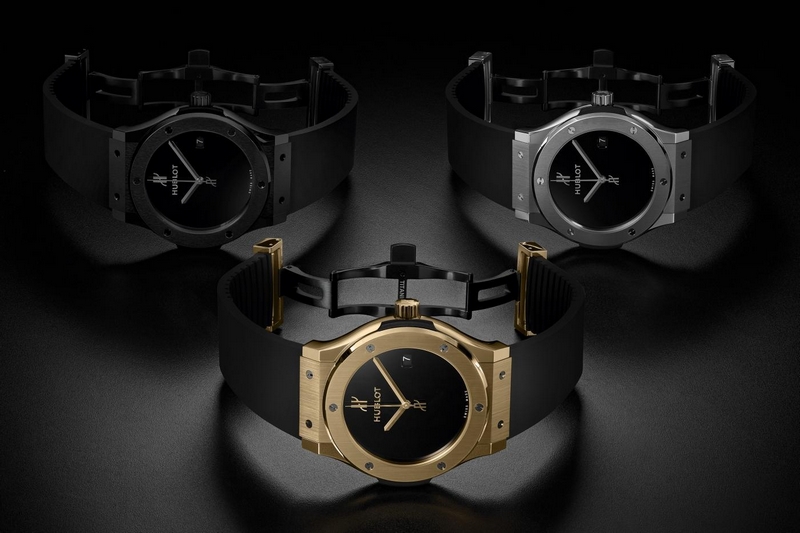 Hublot has always been a fearless and pioneering brand, and this is no less true in 2020. The Brand’s creation of a gold watch on a rubber strap in 1980 broke with conventional codes and laid the foundations for its own vision of Haute Horlogerie. To mark its anniversary, it has reinvented its 1980 Classic Original, an iconic example of its disruptive approach. Straddling past and future, horological tradition and technical innovation, this 2020 edition is available in a mechanical version.

An icon that works a variety of materials, finishes and modern and classic technologies into three collectors’ models to celebrate Hublot’s 40th anniversary. 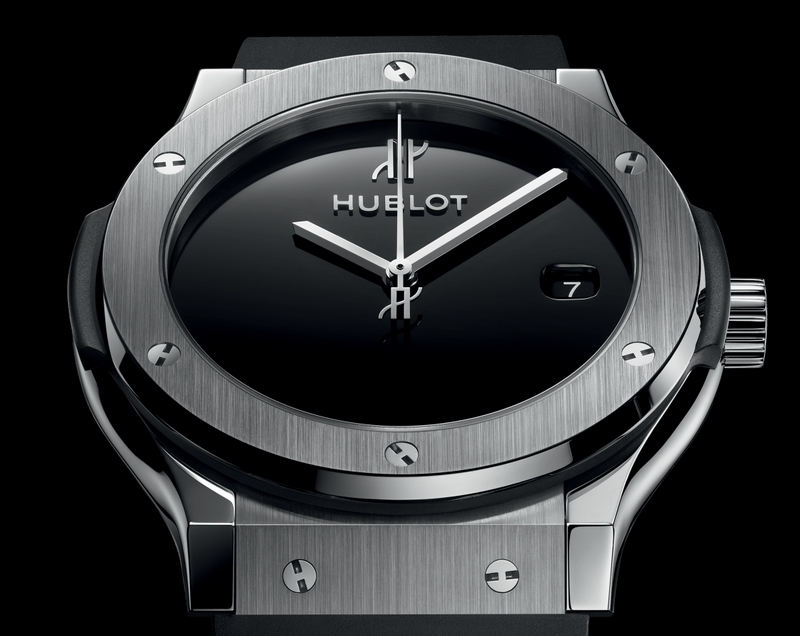 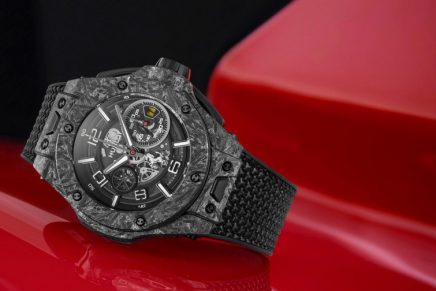 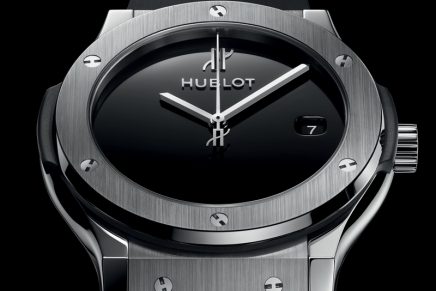 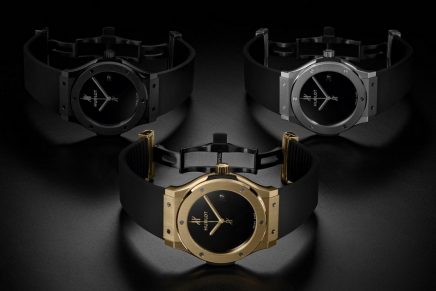 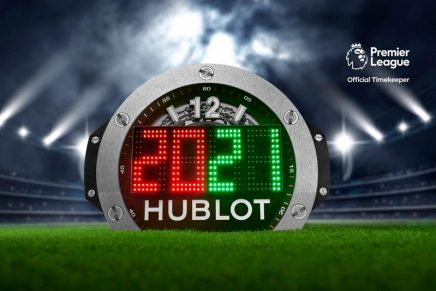