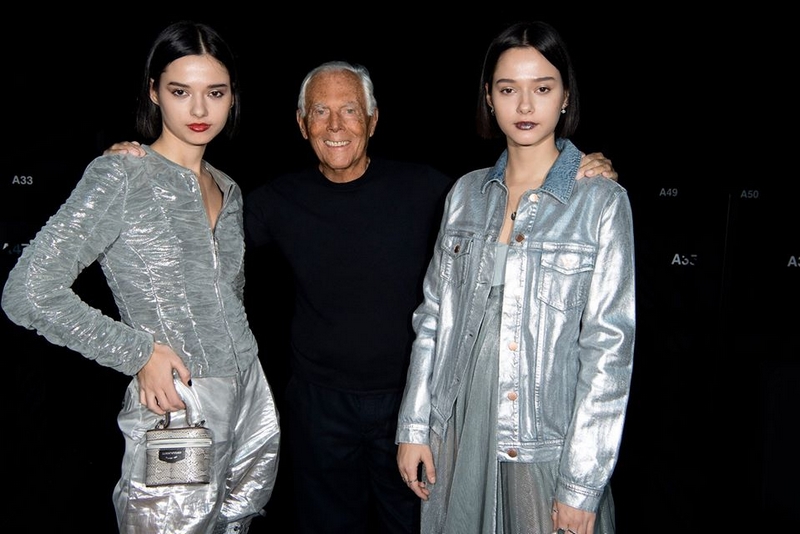 This article titled “Giorgio Armani criticised for comparing fashion trends to rape” was written by Staff and agencies, for The Guardian on Friday 21st February 2020 22.53 UTC

The fashion designer Giorgio Armani has been accused of diminishing sexual violence against women after he claimed the fashion industry was “raping” women with short-lived trends and sex-driven marketing.

Armani’s choice of language was denounced on Friday by critics who felt it amounted to taking the effect of sexual abuse too lightly.

Armani, 85, had told reporters: “I think it’s time for me to say what I think. Women keep getting raped by designers, by us.”

Speaking as he presented his Emporio Armani line at Milan fashion week, he said: “If a lady walks on the street and sees an ad with a woman with her boobs and arse in plain sight and she wants to be like that too, that’s a way of raping her,” Armani said. “You can rape a woman in many ways, either by throwing her in the basement or by suggesting that she dresses in a certain way.”

The designer, known for his sober, elegant outfits, founded his label in 1975 and has built it into a global brand. “In my show, there are short skirts, long skirts, ample and tight trousers. I have given maximum freedom to women who can use all possibilities if they are sensible,” he said.

“I’m sick of hearing the word ‘trend’. We need to try to work for today’s woman. There shouldn’t be trends,” he added.

The designer stayed loyal to his simple and neutral looks in his autumn/winter 2020 Emporio Armani show, keeping silhouettes loose and straight-lined with a new emphasis on recycled materials.

At the beginning, black dominated the catwalk, then it was the turn of shades of green and blue, because “shops need colours to catch customers’ eye,” as Armani remarked.

Models wore lace-trimmed shorts, opaque tights and wide-legged trousers. Dressed were ruffled and cinched at the waist with belts or combined velvet and silk. Jackets, long and flowing or cropped and buttoned, were combined with tiny halter-neck tops. Footwear mainly consisted of laced up boots, and bags and clutches were small. Velvet, a recurring material, was also used in accessories.

“The Emporio Armani woman is strong-willed, eclectic and bold in her decisions. With little regard for mundane rules, she is a young woman that bewilders and astonishes,” show notes read.

Armani will present the autumn/winter 2020 collection for his main Giorgio Armani line on Sunday.