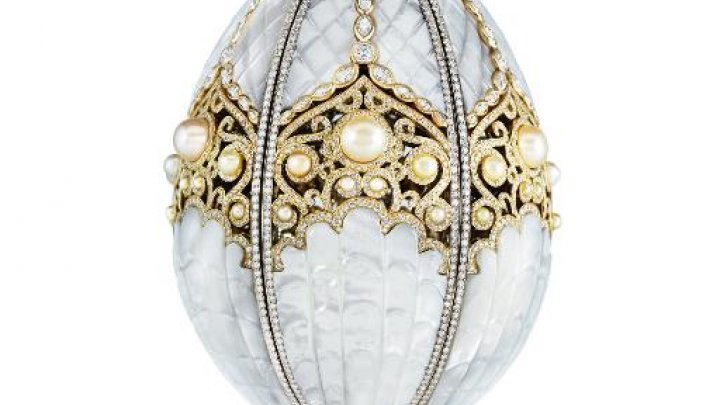 The new egg appraised to be worth around $US2 million features 139 fine hand-picked Qatari white pearls from Hussain Al Fardan’s private collection interspersed with more than 3,300 diamonds and precious gemstones. Faberge’s 2015 egg was commissioned in association with the Al Fardan jewellery group renowned for its unique pearls. 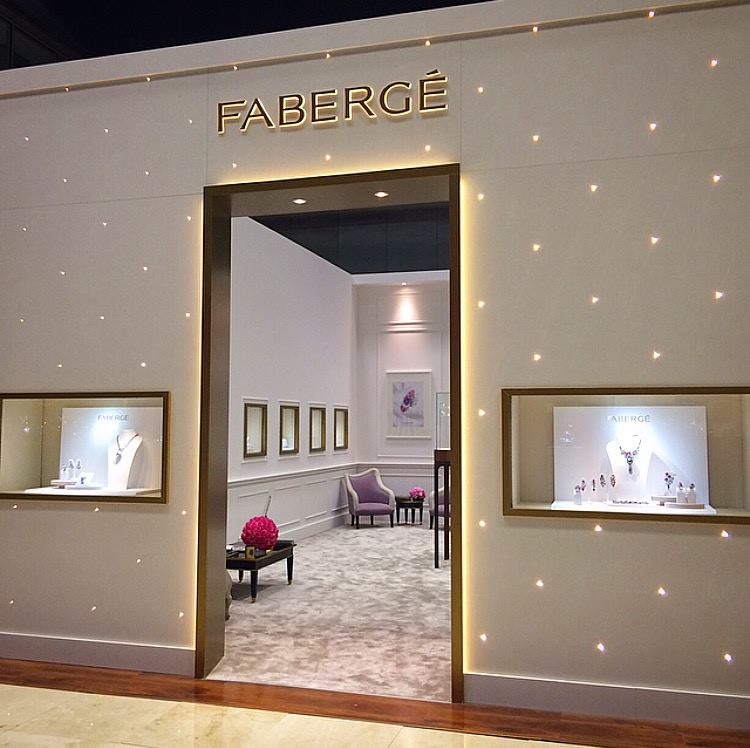 Faberge’s spokeswoman Alize Morand told AFP that the Pearl egg would be the first of several that will soon be unveiled by Faberge.

The Steel Military Egg was Faberge’s last Imperial creation designed months before Tsar Nicholas II was removed from power by the Russian Revolution. 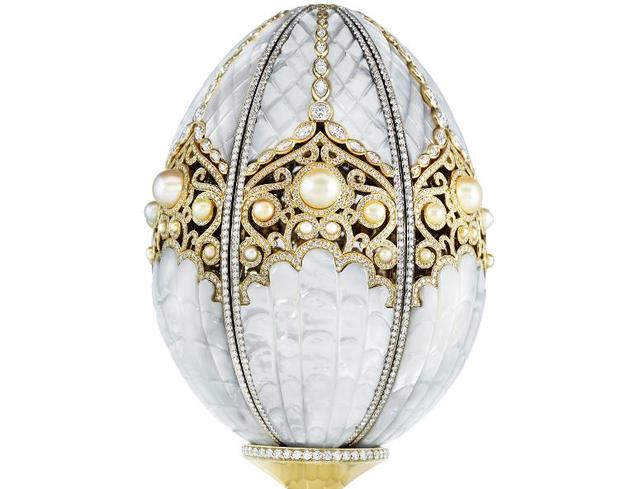 Fabergé showcased its jewels for the very first time in the Middle East in 2012. Taking centre stage at the prestigious Doha Jewellery & Watches Exhibition, Fabergé’s Romanov necklace made its worldwide debut at Doha. The addition to Les Saisons Russes collection, the Romanov was one of Fabergé’s most spectacular pieces. It boasts a dramatic array of 79 emeralds of exceptional quality, totaling 186.85 carats and featuring a single pear-shaped drop of over 30 carats.

Exploring Peter Carl Fabergé’s world in turn-of-the-century Russia, with its compelling mix of nostalgia and joy, its revelry in Old Russian traditions, crafts, fable and
folklore, this poetic collection also draws on the well-defined seasons of the year, each with its own celebrations and rituals, an ode to the rhythms of nature that shaped
the Russian lifestyle, the leisured luxury of country estates, the glittering splendour of winter balls.

Only 50 Fabergé Imperial Eggs are known to have been created and delivered in total. The whereabouts of only 43 are known today, which means seven are still missing, and the mystery surrounding them adds to the romance of the Fabergé story.

An original Fabergé Imperial Easter Egg was discovered in 2014 in the United States. It appeared to have been bought by a scrap metal dealer in the US, who had been intending
on melting it down.

‘The egg is absolutely genuine and fits perfectly into the timeline of the 52 known Imperial eggs. It corresponds to the one line description in the accounts of the
Imperial Cabinet: “Easter egg with clock, decorated with diamonds, sapphires and rose- cut diamonds” and again to a reference in the account books dated 1887 ‘To the jeweller Fabergé for an egg with a clock, 2160 roubles’. It was last listed in a Soviet inventory of 1922 as ‘Gold egg with clock with diamond push-piece on gold pedestal with 3 sapphires and rose-cut diamonds.’ The sapphires are missing today. The egg was known to Fabergé specialists from an illustration in an old Parke Bernet auction catalogue.’

The latest Fabergé Egg to have come on the market was the Fabergé Rothschild Egg, which was sold for £8.98 million by Christie’s in November 2007 in London.