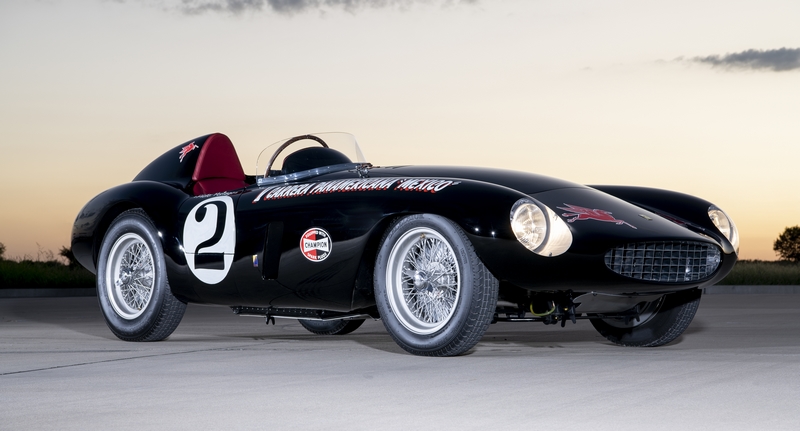 The Peninsula Hotels, whose international hospitality brand has epitomised glamour and luxury for nearly a century, announced the winner of its sixth annual classic car showcase, The Peninsula Classics 2020 Best of the Best Award. The winning car, the 1954 Ferrari 750 Monza, coachwork by Scaglietti, has achieved distinction both for its impressive racing history and its exacting restoration. It became eligible as a Best of the Best Award contender after winning Best of Show at the 2020 Palm Beach Cavallino Classic.

The Best of the Best Award was co-founded in 2015 by The Hon. Sir Michael Kadoorie, Chairman of The Hongkong and Shanghai Hotels, Limited (owner and operator of The Peninsula Hotels), along with William E. (Chip) Connor, Bruce Meyer and Christian Philippsen. The Award celebrates the fine engineering and design of classic cars built by internationally renowned manufacturers, selected from an exceptional short list of winners from the most exclusive concours. This year’s award has a contracted list of nominees due to cancellation or postponement of partner concours in 2020 as a result of the COVID-19.

The winner was selected by The Best of the Best Award’s esteemed panel of judges, including, amongst others, designers Gordon Murray (former Formula 1 designer for Brabham and McLaren) and Anne Asensio (Vice President of Design Experience at Dassault Systèmes), and prominent classic car collectors Laurence Graff and Jay Leno.

“It was a difficult task for our judges to select a winner this year. Our judging procedures had to be carried out remotely and unfortunately the main awards event had to be cancelled, with social distancing measures and safety our top priority,” said The Hon. Sir Michael Kadoorie. “With such a prestigious collection of nominees, choosing one winner was especially challenging. However, it is always a great pleasure to spotlight the remarkable achievements of the automotive industry, and to create a small spark of joy in the current challenging times. These classic vehicles are an enduring testament to human artistry and ingenuity.”

The winning 750 Monza made its original debut with a 2-litre motor at the Inaugural Grand Prix of the Imola Autodrome in June of 1954. After driver Umberto Maglioli secured first place for Scuderia Ferrari with the car, it was subsequently fitted with a 3-litre engine and went on to compete in several other major races that year, including the Monsanto Grand Prix (where it won), and Nassau Race Week – where it was driven by its original owner, Alfonso de Portago, and secured a 1st and two 2nd places.

The car’s next owner, Sterling Edwards, raced the 750 Monza over the next two years mainly in California, including the Pebble Beach Road Races (an event he founded) in 1955 and 1956 – garnering four 1st-place and two first-in-class wins in the car. After the tragic death of his friend Ernie McAfee prompted Edwards to stop racing altogether, he sold the car to his engineer Bob Whitmer, who replaced its engine with a Chevy V8 and continued to successfully race it through the early 1960s.

The car spent most of the ensuing 50 years disassembled, though its chassis, body, engine, and gearbox were all carefully preserved in a small San Francisco-area warehouse. In 2016, a complete restoration of the car was initiated under the direction of Bob Smith Coachworks, located in Gainesville, Texas, a process that took new owners Tom and Jill Peck of southern California over two years to complete.

The refurbishment was guided by several noted Ferrari historians: Marcel Massini of Switzerland, Alan Boe of Braselton, Georgia, David Seielstad of Hawaii, as well as past owners Sterling Edwards’ son Hammond and Bob Whitmer, both from northern California. The vintage certification team at Ferrari Classiche in Maranello, Italy, was also helpful in piecing together the early racing career of the car while campaigned by Ferrari. Bringing their combined wealth of knowledge to the project, these experts employed many of the vehicle’s preserved original documents and instruments, including the original owners’ manual, toolboxes, build sheets, and a treasure trove of original photographs of the car. Computer modelling of these photos was employed to repair flaws in the body from the car’s racing days, and 3-D printing technology was utilised to duplicate some parts that were irreparable. The vehicle’s livery was restored to that which it sported in its first Carrera Panamericana race in 1954.

Once fully restored, the 1954 Ferrari 750 Monza won the Enzo Ferrari Award at the 2019 Pebble Beach Concours d’Elegance and 2020 Best of Show at the Cavallino Classic, before being named winner of The Peninsula Classics 2020 Best of the Best Award. 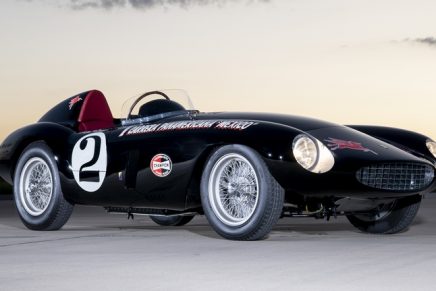 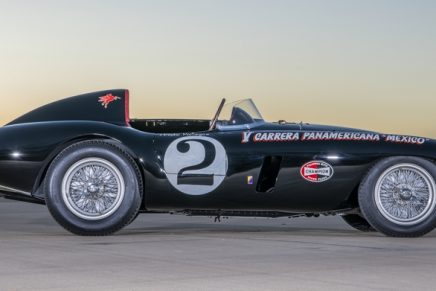