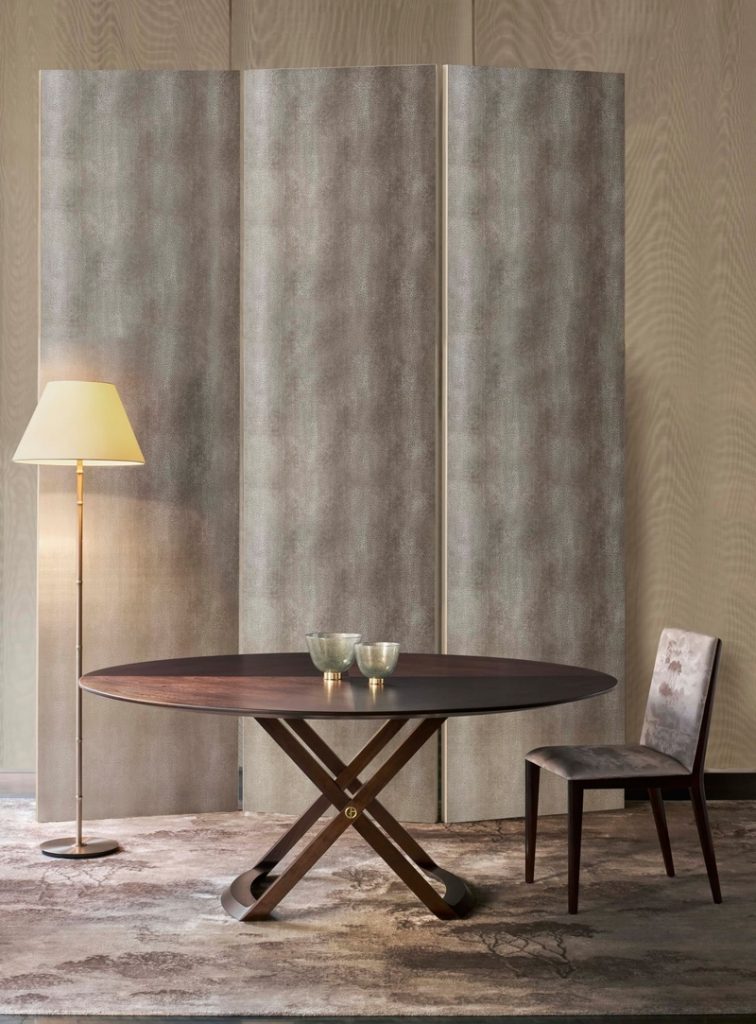 Armani luxury house found inspiration in famous operas and ballets. The result is a new collection of Armani Casa wallpapers.

Named after the last opera by Giacomo Puccini, the Armani Casa Turandot wallpaper texture in relief is obtained
thanks an accurate screen printing process directly on silk fibers that uses 3D-expanding inks, an absolute novelty
for the homeware brand.

The Armani Casa Turandot wallpaper is inspired by the eponymous operas’ setting: the Chinese imperial court.
The taste for exotic and the richness of the court are tributed by the design of the wallcovering with the same name,
which presents a shagreen motif – a classic of Giorgio Armani’s aesthetics, but also a symbol of prestige and
refinement in Eastern countries since the most ancient times – on a silk and lurex background. 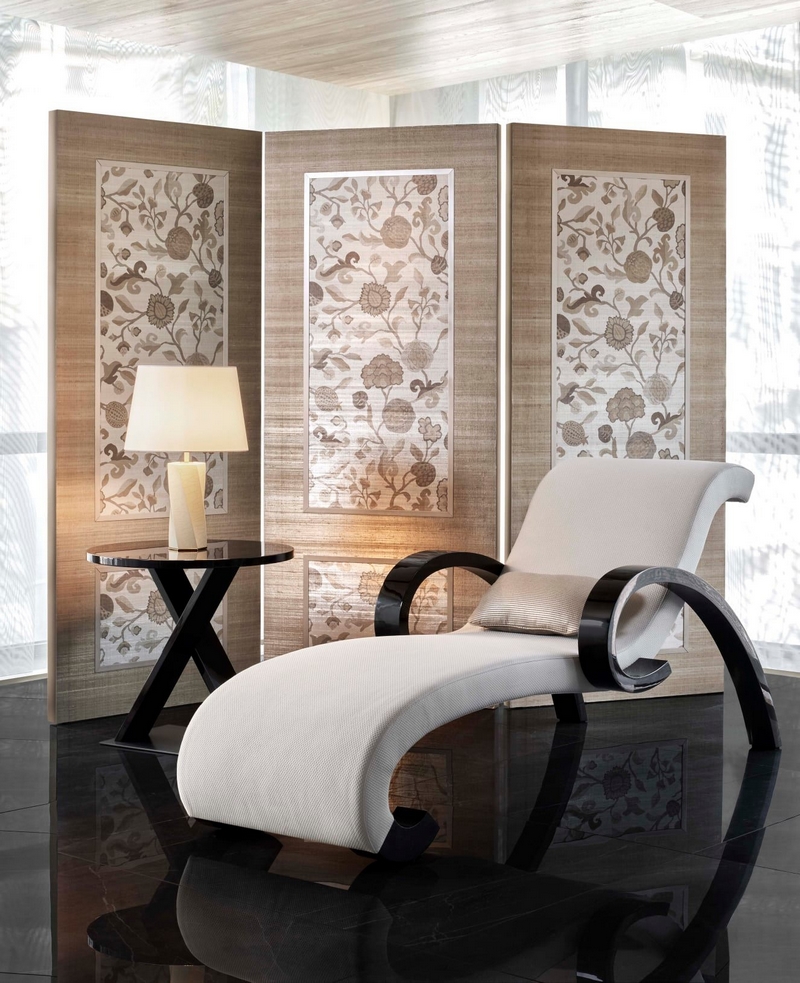 The Bayadère wall covering is a typical folklore pattern reinterpreted with a contemporary feel. The pattern, printed
on precious Indian silk echoes the famous ballet by Marius Petipa “La Bayadère” (1877), which narrates the story
of a young Indian dancer. The exotic atmosphere of the Bayadère is also revived with a contemporary pattern in a
range of bold hues.

The Armani Casa Excelsior wallpaper’s design, given by the juxtaposition of multicolored geometric shapes, recalls the reflections and the symmetry created by a kaleidoscope. The meeting between natural light and human invention recalls the theme of the great ballet “Excelsior” (1881) based on the music by Romualdo Marenco: an allegorical journey where Light guides Civilization towards progress, revealing all inventions and scientific conquests that characterized the XIX century. 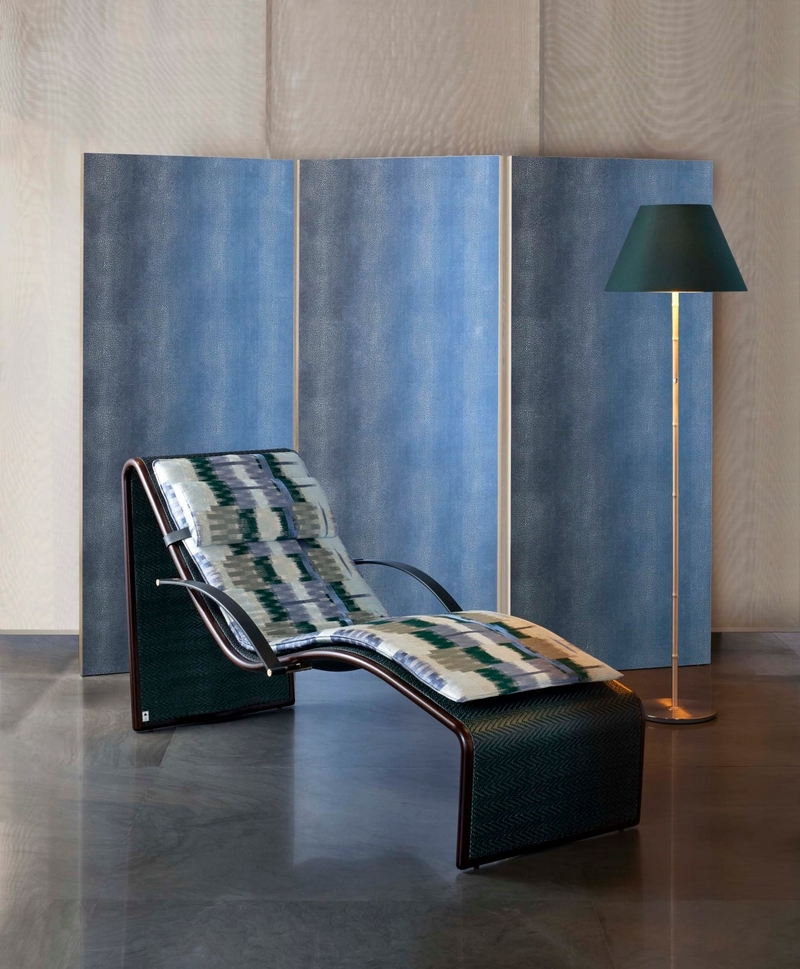 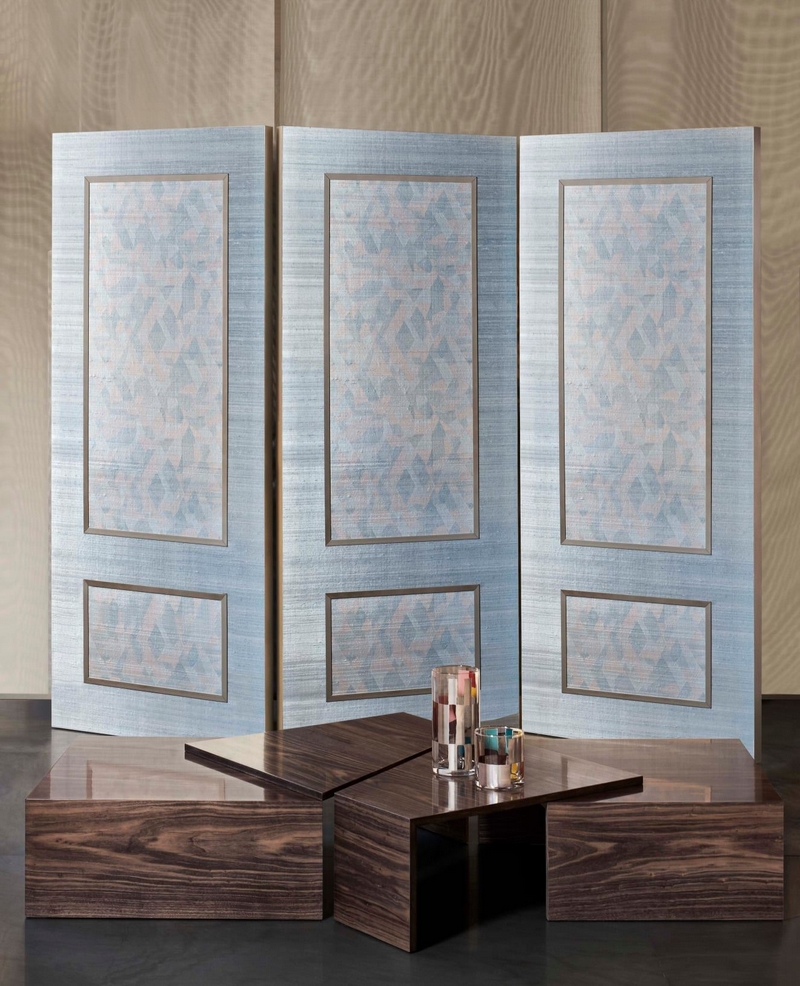 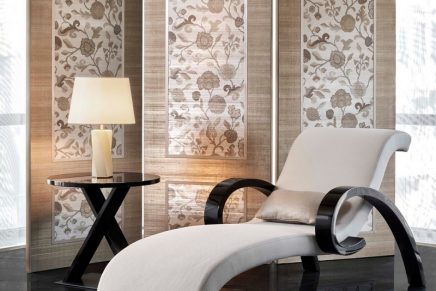 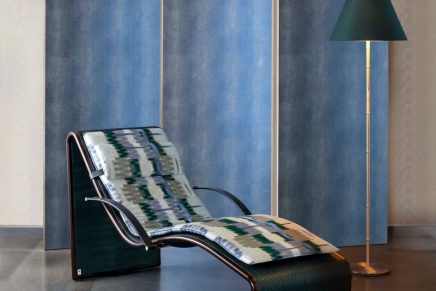 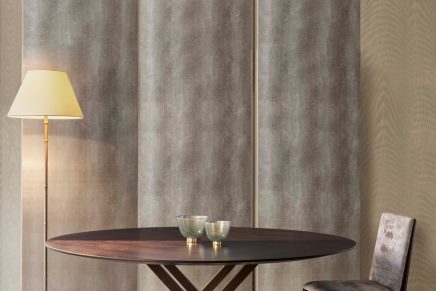 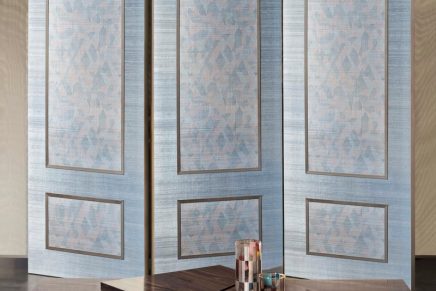