Pasadena’s Norton Simon Museum presents “Duchamp to Pop,” an exhibition that examines Marcel Duchamp’s potent influence on Pop Art and its leading artists, among them Andy Warhol, Jim Dine and Ed Ruscha. Featuring 40 artworks from the Museum’s exceptional collection of 20th-century art, along with a handful of loans, the exhibition pays tribute to the creative genius of Duchamp and demonstrates his resounding impact on a select group of artists born half a century later. 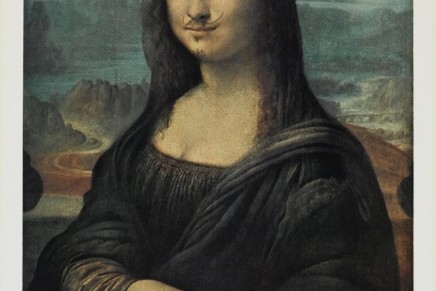 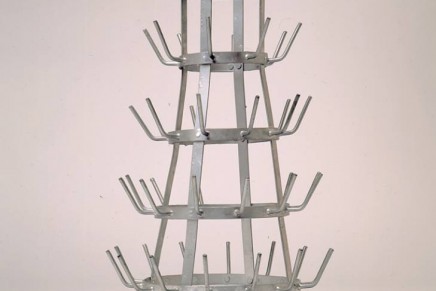 This article titled “Ed Ruscha on Marcel Duchamp: ‘He was a guiding light'” was written by Jordan Riefe in Los Angeles, for theguardian.com on Monday 14th March 2016 15.59 UTC

In typically singular fashion, Marcel Duchamp was 76 years old when he had his first career retrospective. The artist chose to present it in the unlikely location of Pasadena, a quiet, upscale Los Angeles suburb. The 1963 show was a coup for the visionary young gallerist Walter Hopps, whose Ferus Gallery formed the nexus of an emerging LA art scene. The opening night party at the Hotel Green drew people like Andy Warhol, who a year earlier had exhibited his soup cans at Ferus, as well as young and eager local artists like Ed Moses, Larry Bell, Ed Ruscha and Joe Goode. Most had had work in Hopps’ previous show, New Painting of Common Objects, in 1962, commonly considered the first exhibit dedicated to pop art.

Those two shows combine to form Duchamp to Pop at Pasadena’s Norton Simon Museum, formerly the Pasadena Art Museum. It’s one of a trio of shows in LA on the artist this month. There’s also Duchamp in Pasadena at the Robert Berman Gallery, featuring photographer Julian Wasser’s images from the event, and A Marcel Duchamp Collection at LA Louver, a rare assortment of objects, prints, designs, readymades and other ephemera amassed by a single collector over 40 years.

The inventor of the readymade and godfather of conceptual art, Duchamp is one of the most influential artists of all time. The new show features 13 of his works, mostly from the original show’s 114, in addition to art culled from the Norton Simon’s permanent collection. There is also a large-scale sculpture by Roy Lichtenstein as well as Andy Warhol’s Brillo Boxes, a logical extension of Duchamp’s readymades. Found objects that became art merely by changing their context and being labelled as such, readymades like Fountain (a public urinal) and Bottle Rack, both in the exhibit, continue to resonate 40 years later.

“He was a very singular type of person,” recalls Ruscha, an artist whose career was just beginning at the time of the first retrospective. “He was very mysterious. And compared to other artists, like the abstract expressionists who were two-fisted tough guys, suddenly Duchamp comes along and he is a more suave continental answer to aesthetic questions. Anyway, he proved to be a real guiding light. All of his works, they kind of went counter to what we learned in school. The fact that all of these works finally got together in this very unlikely little museum in Pasadena was a surprise and also a real jewel.”

Ruscha saw in Warhol the same sort of stylish, anti-macho profile he recognized in Duchamp. At the time of his death, Warhol owned 30 pieces by Duchamp, and the French master’s influence can be seen in works like Two Golden Mona Lisas or 13 Most Wanted Men, and even Warhol’s occasional penchant for cross-dressing.

By the late 50s and early 60s, Ruscha was still in college studying abstract expressionism. “Finally, I could see the thing was so well wrapped up, and so well stated and so firmly established that there was hardly any wiggle room,” he says of his transition toward pop art at the time. His first sale came from the New Painting of Common Objects show, and works like his Large Trademark With Eight Spotlights (the 20th Century Fox logo), made around the same time, helped usher in a new era. “It was very direct,” he says of Duchamp’s influence, particularly his landmark canvas Nude Descending a Staircase (No 2). “It seemed like every one of his works had a slight controversial edge to them. A lot was given to chance and a lot was linked to his observations of common things on the street that most people would not even look at.”

Artist Larry Bell, part of California’s minimalist Light and Space school, was working in his studio one day in November 1963 when a knock came at his door. Outside were three nattily dressed gentlemen. One spoke in an English accent, and the eldest of the trio spoke French. They introduced themselves but Bell, on account of a congenital hearing defect, didn’t catch their names. Halfway through their awkward conversation, he heard them refer the older man as Marcel. “It was then I knew who it was and I didn’t know what to say to this very famous person in my studio,” he said of Duchamp, whom he remembers as softly spoken and polite. The men with him were pop artist and Duchamp devotee Richard Hamilton and artist William Copley. “It made me feel good that they came to the studio. It made me feel good that I was invited to this great party.”

The party was at Hotel Green, where even the Ferus guys managed to dress for the occasion – Dennis Hopper and Ruscha in tuxedos, Larry Bell as his alter ego Ben Luxe (Latin and Hebrew for “son of light”), wearing glasses and a Groucho Marx moustache. Hopps, in formal black tie, was with his wife that night, much to the consternation of his girlfriend, Eve Babitz.

On assignment from Time magazine, Wasser’s black and white photos of the party capture the excitement and spontaneity of the event. But one image in particular became indelible – Duchamp, natty as always, playing chess opposite a nude Babitz, in a picture taken a week later at the museum on a frigid morning. Babitz was reportedly angry with Hopps and thought the nude photos would be the perfect way to exact her revenge.

Some have drawn parallels between her image and Nude Descending a Staircase while others have compared it to Manet’s monumental Le Dejeuner sur l’herbe, with its casual approach to nudity. “It’s nothing like that,” Wasser sets the record straight. “It’s Hollywood. Girls got naked, man. It was not artistic, it was sexual.” As for Duchamp’s reaction to the beauty before him: “He was very cool.”

The last time Bell saw Duchamp was a year later at a party given by art dealer Sidney Janis in New York. A few days earlier, he had been invited to Duchamp’s apartment for tea. They sat in the parlor and made awkward conversation over milk and cookies. “I was sort of tongue-tied, but he was very gracious, very friendly and very funny,” recalls Bell. “I asked if he was doing any more shows. He said he was working on a selection of early drawings. I asked him from what period. He says, oh, when I was six and seven. He had an ironic, funny twist to his humour.”