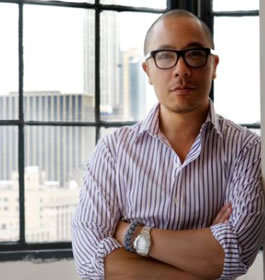 American designer Derek Lam (born San Francisco, 1967) has parted ways with Tod’s, where he was in charge as creative director since 2006. Derek Lam was responsible with the brand’s pret-à-porter and accessories collections.

An official announcement will follow as it is assumed that Derek Lam wants to concentrate on his own fashion line.

In 2003, Lam launched his own label. He debuted at the New York Fashion Week in September 2003. In 2005, Lam won the CFDA Perry Ellis Swarovski Award for new designers and started his own line of clothes. In addition to clothes, Derek Lam also has a line of shoes and jewelry. In February 2010, Derek Lam launched an e-commerce website selling an edited collection of ready-to-wear and accessories.