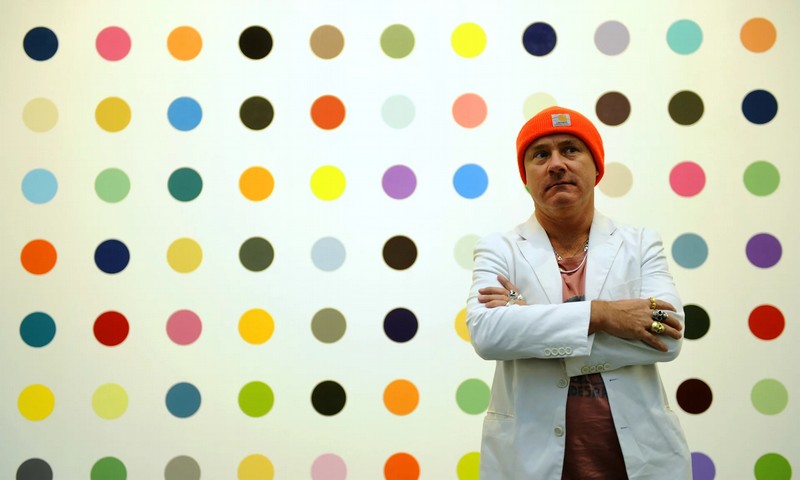 This article titled “Damien Hirst and Picasso: coming soon to a National Gallery near you?” was written by Jonathan Jones, for theguardian.com on Friday 4th March 2016 14.46 UTC

The Metropolitan Museum of Art, in New York, is arguably the world’s greatest gallery. It is definitely the most complete. You can look at art by El Greco and Rembrandt and then, for comparison, see paintings by Jackson Pollock and Jasper Johns. You can admire ancient Egyptian architecture and the work of Frank Lloyd Wright, medieval armour and modern photography.

This open-minded collection of world art has no equivalent in the UK, where big museums are more specialised. The British Museum, National Gallery and Tate have different “areas”, as if they are pedantic scholars fussing over little intellectual empires. Tate even divides its central collection into two, with Tate Modern covering a different remit from Tate Britain. Not to mention its sister galleries in Liverpool and St Ives. Only that visionary 19th-century creation the V&A has some of the Met’s expansiveness.

But the silliest specialisation of all is the contractual agreement between Tate and the National Gallery not to poach from their respective “territories”. According to this deal, the National Gallery collects art up to 1900, while everything from the 20th century on belongs to Tate.

Gabriele Finaldi, the director of the National Gallery, is questioning this arrangement – and rightly so. In an interview with the Art Newspaper, Finaldisaid he is interested in collecting art to the second world war for his institution. The turn of the 20th century no longer looks like any kind of real historical dividing line, he said. “It is slightly frustrating to reach 1900 and then not go on.”

Of all the arguments you can have about art, the ones ‘I hate modern art’ or ‘old art is boring’ are the most closed off

It’s hard to argue against his point. There is no reason for Picasso’s cubism, Max Ernst’s surrealism or Mark Rothko’s abstract expressionism not to hang in the National Gallery. But the current agreement allows only for temporary exhibitions or the acquisition of artists whose work falls mainly in the appropriate century for each institution’s remit. “It is not and has never been the case that 1900 is an absolute cutoff date,” a Tate spokesperson told the Telegraph, playing down any suggestion of a spat.

There is something philistine and crass about this territorial treaty between two great art galleries. It encourages an ignorant and destructive attitude that puts modern art in opposition to the art of the past. This superficial dichotomy diminishes our culture. It encourages the notion that you need to take sides – that liking Martin Creed means you can’t like Andrea Mantegna, or loving John Constable means you won’t see anything in Gerhard Richter.

Of all the arguments you can have about art, ones that start “I hate modern art …” or “old art is boring …” are the least likely to open up new ways of viewing it. Dismissing everything new is daft, and so is a disdain for anything from an earlier age. These cliches are mental prisons.

Yet in the 1980s and 90s, British cultural debates were, pathetically, expressed in these ways. The young fogeys of the Thatcherite years thought it clever to dismiss the likes of Picasso. Then Damien Hirst led a cultural revolution that mirrored Tony Blair’s political one. In the 90s it was New Labour, new art.

I think we’ve outgrown such simplistic battles. Today, surely, contemporary art is secure enough in Britain for its defenders to admit that some of the paintings in the National Gallery are quite good. The hugely successful Tate Modern, meanwhile, is soon to open a new wing. It does not need to hog every work of art since 1900 to prove its worth. With its attention-grabbing Turbine Hall commissions, many visitors will associate Tate Modern more with the 21st century than the 20th, anyway.

Last year, I saw 10 paintings by Picasso displayed in the heart of the Prado Museum, in Madrid, among all of its Titians and El Grecos. They looked majestic. Picasso took his natural place among the greatest artists of all time. I want to have that same kind of encounter in the National Gallery. I also want to see Manet and Goya in Tate Modern. Break the barriers. Open our minds.