There are antique wheellock pistols and percussion pepperbox derringers and revolvers dating to as early as 1620. American long arms are exemplified by the classic frontiersmen’s gun, a circa-1850 .45 caliber percussion. Plains rifle attributed to Jacob Hawken of St. Louis, Missouri. A book example, it is expected to reach $4,000-$6,000 at auction. Similarly estimated, a scarce US Model 1814 flintlock rifle is attributed to R. Johnston of Middletown, Connecticut.

One of many prized Colts in the sale, a National Match Government Model 1911 pistol shipped in 1937 is listed by its serial number in Timothy J. Mullin’s reference American Beauty, the definitive book about this type of gun. In fine condition, it has a $3,000-$6,000 estimate.

A high-condition Model 1900 Luger manufactured by DWM under contract for Switzerland bears a Swiss cross and proofs, plus an intertwined DWM monogram. Its Swiss serial number “2049” confirms it was made within the Swiss military-contract range. Together with a proper J Scheidegger Bern Model 1900 leather holster, it is estimated at $2,600-$3,600.

An extremely rare 9mm German pistol was manufactured and logo’d by Walther for use in the 1939 Wehrmacht troop test trials, which resulted in the acceptance of the P.38 for WWII military issue. It is one of only 1,000 of Walther’s first-variation zero series and displays matching numbers throughout. Estimate: $5,000-$8,000.

300+ lots of militaria will be auctioned, including flags, armor, field gear and equipment; medals and decorations; uniforms, clothing and helmets. An authentic German Luftwaffe M35 tri-color-spray Normandy-style “chicken wire” camouflage helmet is marked ET68 for the maker Eisenhuttenwerk/Herz. Decals showing a Luftwaffe eagle and national colors are visible beneath the helmet’s camo paint. This rare relic authenticated by Willi Z

An outstanding array of sporting arms will be presented, including a lot consisting of two consecutively serial-numbered Winslow Arms Co. (Osprey, Fla.) Crown Grade bolt-action rifles built between 1962-1983. Both have eccentric stocks and are ornately carved and inlaid with images of striding and trotting deer, respectively. Estimate: $7,000-$10,000. 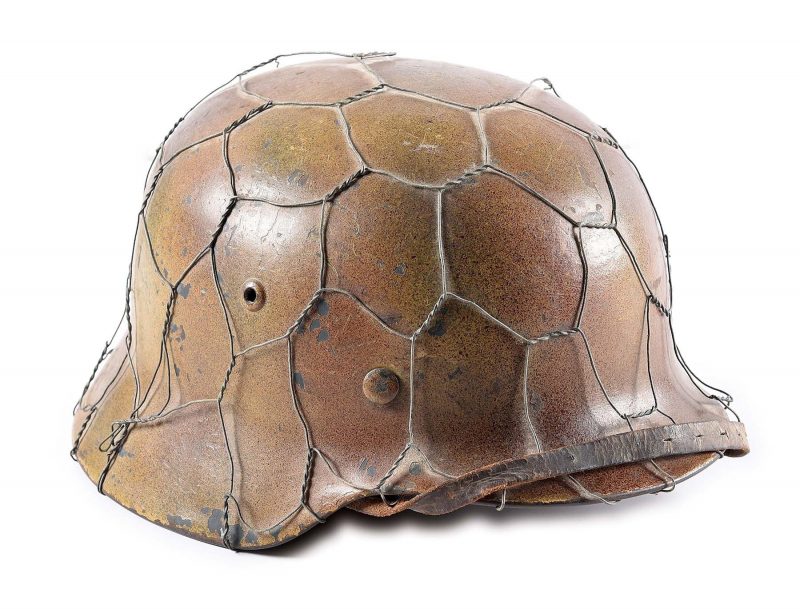 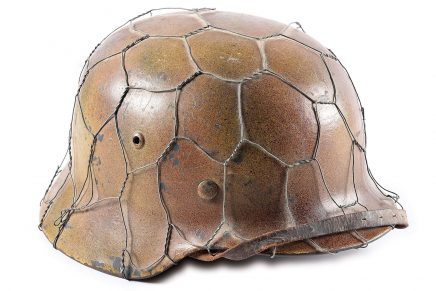 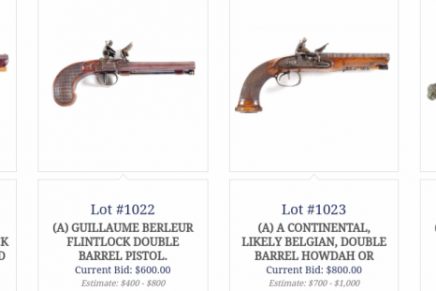 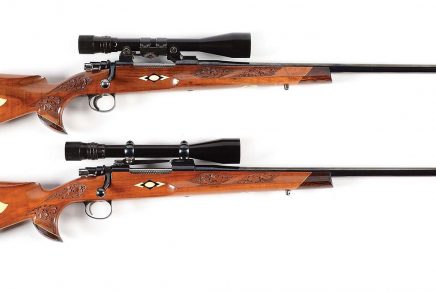