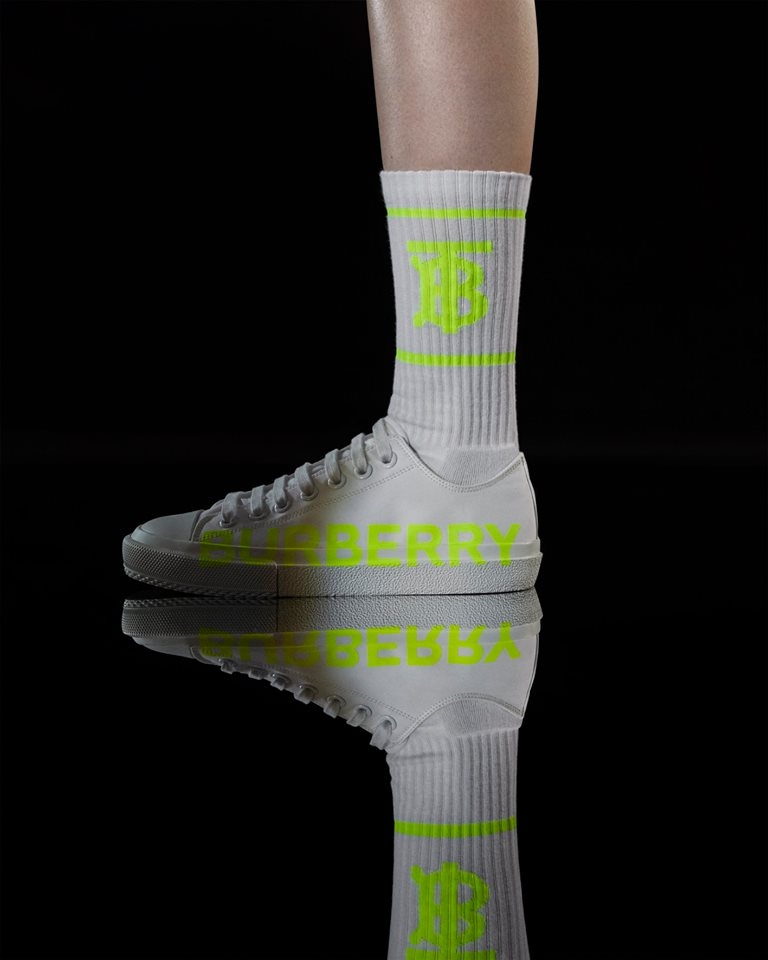 This article titled “Burberry flies high thanks to bomber jackets and bumbags” was written by Zoe Wood, for The Guardian on Tuesday 16th July 2019 18.26 UTC

Burberry is back in fashion with investors after consumers clamoured to get their hands on bomber jackets and bumbags emblazoned with a new logo.

On Tuesday its shares surged 14% making it the biggest riser in the FTSE 100 after a positive response to the latest designs from the new creative head, Riccardo Tisci. It has been interpreted as a sign that a business revamp, intended to propel the British brand into the same orbit as Gucci and Dior, is working.

Burberry replaced its longstanding creative supremo, Christopher Bailey, with Tisci in 2018 and the former Givenchy designer has been overhauling the British label best known for its trenchcoats and signature check.

Tisci’s output to date includes the Monogram range with products covered in a new pattern of interlocking Ts and Bs, after the initials of the company’s founder, Thomas Burberry. Items include a £300 baseball cap and £500 canvas bumbag.

The company said the first dedicated Monogram collection, which launched in May with a campaign featuring the model Gigi Hadid, had been snapped up by young shoppers, particularly in China.

Its strong performance contributed to a 4% increase in sales at stores open for more than a year in the three months to 29 June – double the outcome expected by some City analysts. The shares closed up 287p at £22.77, a surge that bolstered Burberry’s stock market value by more than £1bn to £9.4bn.

Last year the Burberry chief executive, Marco Gobbetti, set out a plan to move the brand upmarket and he said consumers had responded positively to Tisci. “This was the first quarter where the proportion of new product in our stores was meaningful and the response from consumers was very promising,” he said. “New collections delivered strong double-digit percentage growth, with all regions ahead of prior year equivalent collections.”

This year Burberry announced plans to close 38 stores – about a 10th of its global network – as part of a plan to tighten up distribution of its handbags and trenchcoats that also involves pulling out of non-luxury department stores. Instead it is investing millions in turning its flagship stores into luxury destinations.

Sales in China, which account for two-fifths of Burberry’s £2.7bn turnover, were up in the “mid-teens” during the period. The recent street protests in Hong Kong meant some stores there were closed for five days but the lost trade “did not have a material effect at group level”, Burberry said.

The GlobalData analyst Chloe Collins suggested the company’s transformation under Gobbetti was starting to pay off but that credit should be given to Tisci, as his collections offered a “fresh and edgy revamp of the brand’s classic and neutral designs”.

Like other luxury brands, Burberry is having to move with the times and win over younger shoppers. The company is experimenting with monthly product launches on platforms such as Instagram, with one of these “drops” – of black leather pull-on sleeves – selling out in 20 minutes.

Tisci’s designs make up half of what is on sale in Burberry’s stores and the company said its performance was being held back by slower moving lines from previous collections, with sales of products such as handbags declining. Tisci will be behind 75% of its range by the end of its financial year in March, it said.

The Citi analyst Thomas Chauvet said: “It remains to be seen whether the commercial success of Burberry’s new brand identity can be sustained into the remainder of the year on a much larger share of the offering.”