The fifth edition of Boat Builder Awards has seen a record number of entries from across the globe. 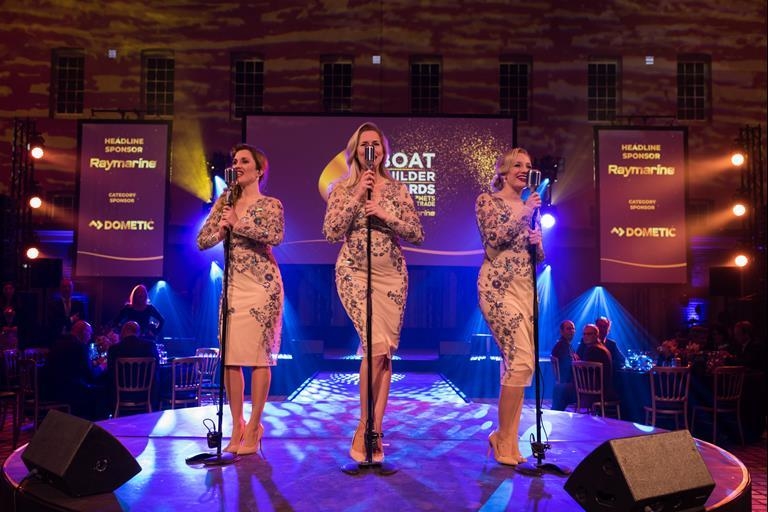 Biggest night yet under the stars for Boat Builder Awards; @ibinews.com

The fifth edition of the Boat Builder Awards, jointly organised by IBI and METSTRADE, received a record total of 82 nominations this year, with strong entries in every category. 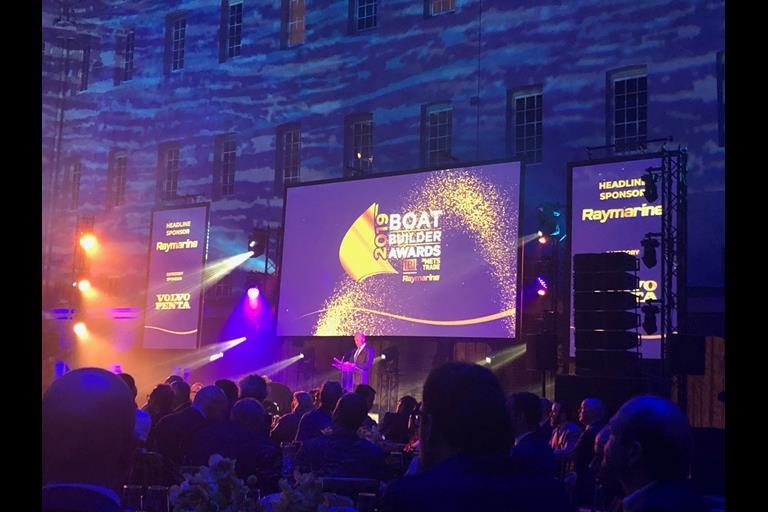 Riva’s branded Lounges, Privées and Decks located in Venice, Monte Carlo, Palm Beach, Paris and other aspirational destinations was named winner for providing fully immersive brand experiences for guest users and Riva owners. Azimut received an Honourable Mention for a bold initiative bringing its brand and design values to the attention of a wider US audience by placing an 18m Azimut S6 in New York’s Times Square.

Galeon took the International Dealer or Distributor Development category award for its very focused regional expansion plans that resulted in sales growth of nearly one-third in 2019.

Motor Corporation were named as winners for their partnership on the LY 650 motoryacht in the Collaborative Solution Between a Production Boat Builder and its Supply Chain Partner category, sponsored by Ultraflex. Hallberg-Rassy and Lewmar received an Honourary Mention for their innovative work on a cassette-style drop-in steering system for the Hallberg-Rassy 340.

The Innovative Onboard Design Solution category, sponsored by Fusion, was awarded to Benetti for its very advanced 100m FB272 that offers up to 12-hour engineless operation thanks to a very advanced hybrid propulsion system. Equally forward thinking, Grand Banks’ use of a robotic 8-axis mill was the winner in the Innovation in a Production Process category, sponsored by Dometic.

The Environmental Initiative, sponsored by UCINA, drew a broad range of entries highlighting many of the boat building industry’s recent responses to sustainable production. Spirit Yachts’ win recognised its environmental efforts not with the recently launched Spirit 111 superyacht but also with manufacturing and business processes. 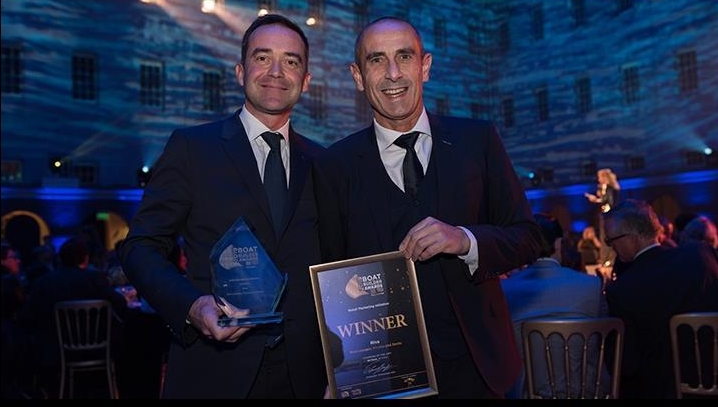 The Best Apprenticeship or Training Scheme category, sponsored by Marine Resources, recognised Princess Yachts for its apprenticeship scheme and leadership pathway which trains its new recruits holistically and nurtures them through the business. The positive effects of encouraging and retaining talent were also perfectly illustrated by the presentation of two Rising Star awards, sponsored by Gurit – to Angela Pernsteiner, the dynamic CEO of Dominator Yachts and Kyle Davison, who progressed in a decade from the ground floor to appointment as the Supply, Planning and Production Director of Riviera Australia. 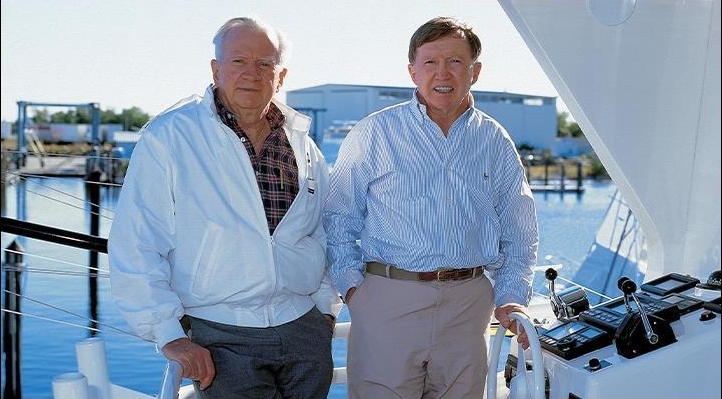 The evening’s finalé honoured the nearly six decades of remarkable service of Robert T Healey, Sr. and William J Healey. Bill and Bob built Viking Yachts into the world’s largest manufacturer of high-end sportfishing and motoryachts by following their mantra of building a better boat every day. They also both made a significant and selfless contribution to the general well-being of the boating industry. The Lifetime Achievement Award, sponsored by Side-Power, was presented to Bob’s son, Robert Healey Jr, Executive Co-Chairman of the Viking Group. 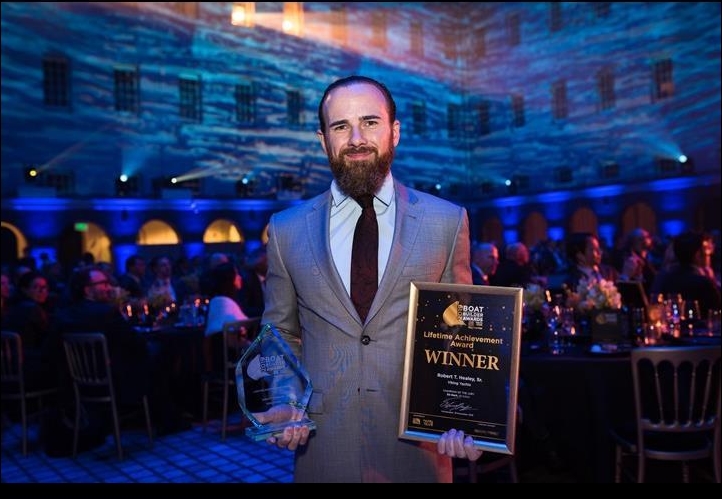 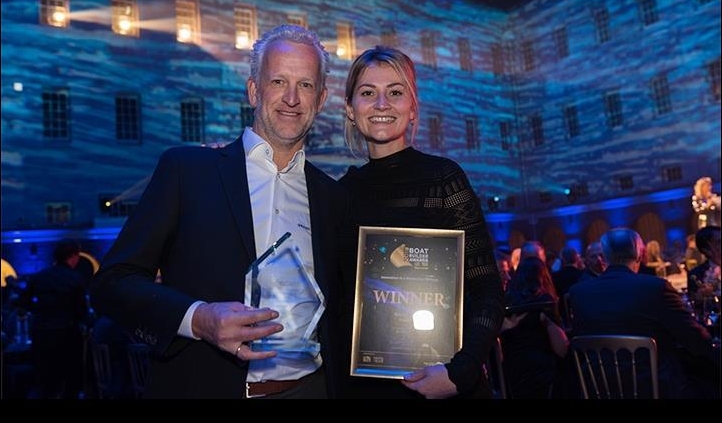 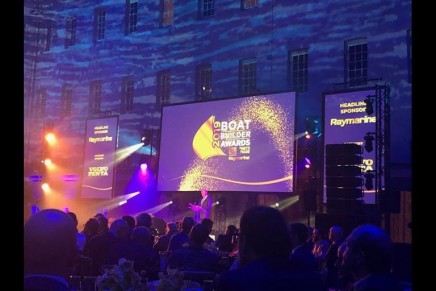 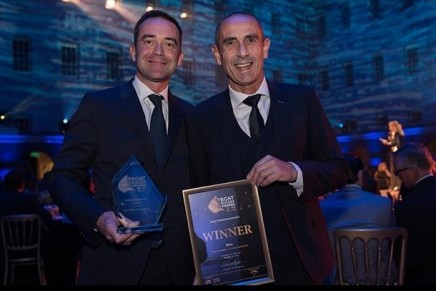 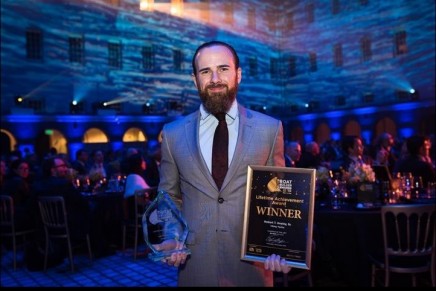 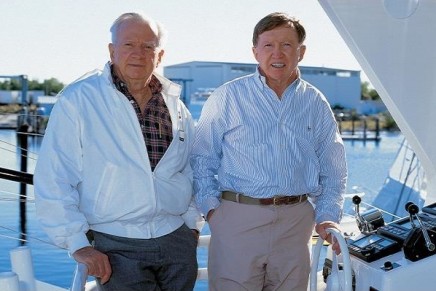 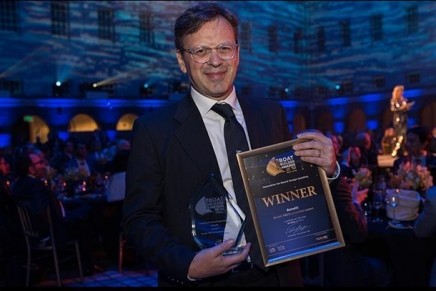 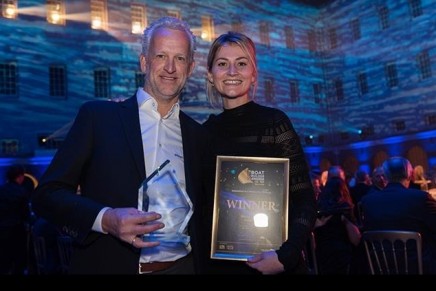 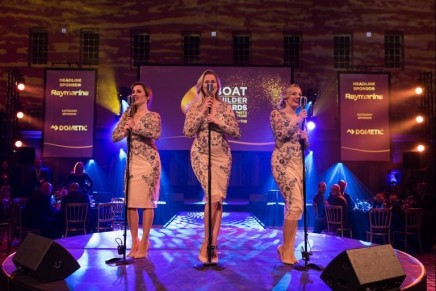