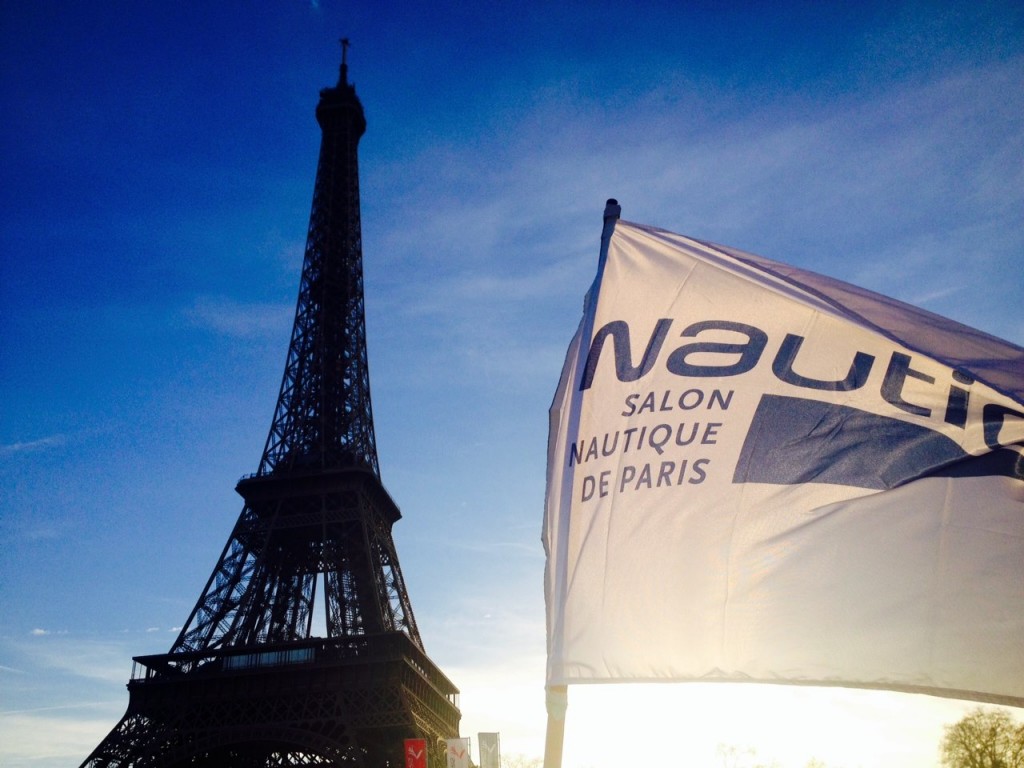 The 2014 Nautic – The International Paris Boat Show has always been synonymous with hundreds of boats on exhibition, in all manner of styles and sizes. And the latest new features were in
abundance this year: the little Albatros, which aims to get all the different generations out on the water; the new flying catamarans that are the Nacra and the Phantom, because flying is clearly the latest way to sail; the brand new RM10.70 and Océanis 35, the new age cruisers; the Dufour 350, the most recent craft to come out of the famous La Rochelle yard; the new Bali from Catana, a veritable home on the water. 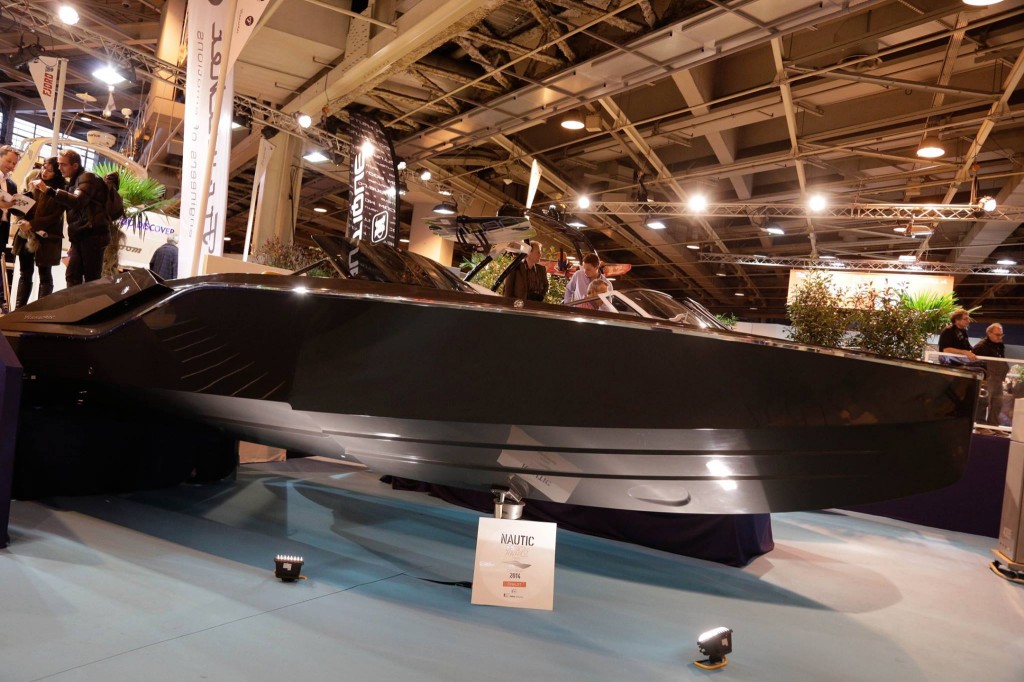 Then Nautic 2014 had the new Flyer from Bénéteau, the spruce White Shark,the impressive Nuova Jolly Prince (including the massive 43 with its 3 x 300 hp engines) and Lomac Adrenalina, the all new Prestige and Monte Carlo… It was hard not to marvel at all these jewels, whatever their size. And amidst these newbies,the 54th Nautic presented hundreds of kayaks, kites, small dinghies and all manner of machines.

At the Spot Nautic, the champions were putting on a real show with wakeboard demonstrations between two trial sessions of stand up paddle, whilst the kids burnt off some energy in the Accrovoile mast climbing exercises… and the parents hesitated over Croatia and the Balearics after getting a tour of the boat they’ve reserved for their next holiday.

Nautic‘s visitors had a chance to meet Yvan Bourgnon, who came to present the final stage of his solo round the world adventure on a sports catamaran, as well as Armel Le Cleac’h, who was
signing autographs for a guide on sea safety. However, one of the main highlights was the prize-giving for L’Express-Nautic Maritime Book, the Nautic Start-Up Contest and the Nautic
Design Awards in the presence of some prestigious juries.

The winners of this edition of Nautic Design Awards are: The Frauscher 747 Mirage, in the Day Boat Category, winner of the “special Sport&Style prize” “Sport & Style” and the Prestige 420 Fly in the Cruiser Category. The award was open to all boats launched after September 2013 in all categories and all price ranges. The shortlist included all forms of boating practices in Europe, including, offshore runabouts, open boats, trawlers, inflatable boats or fishing boats. 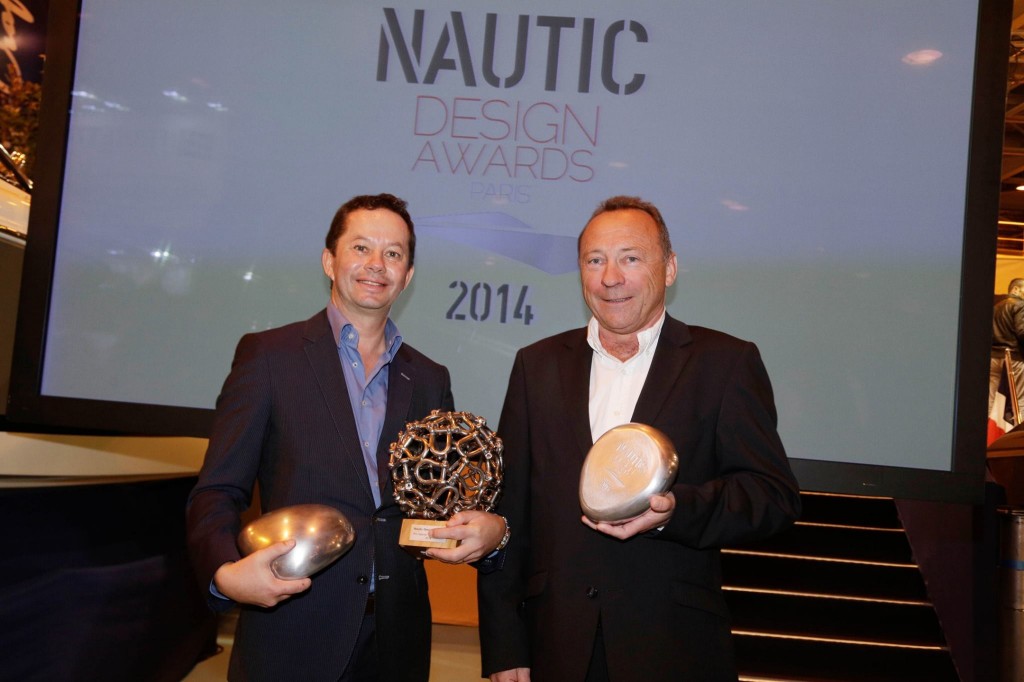 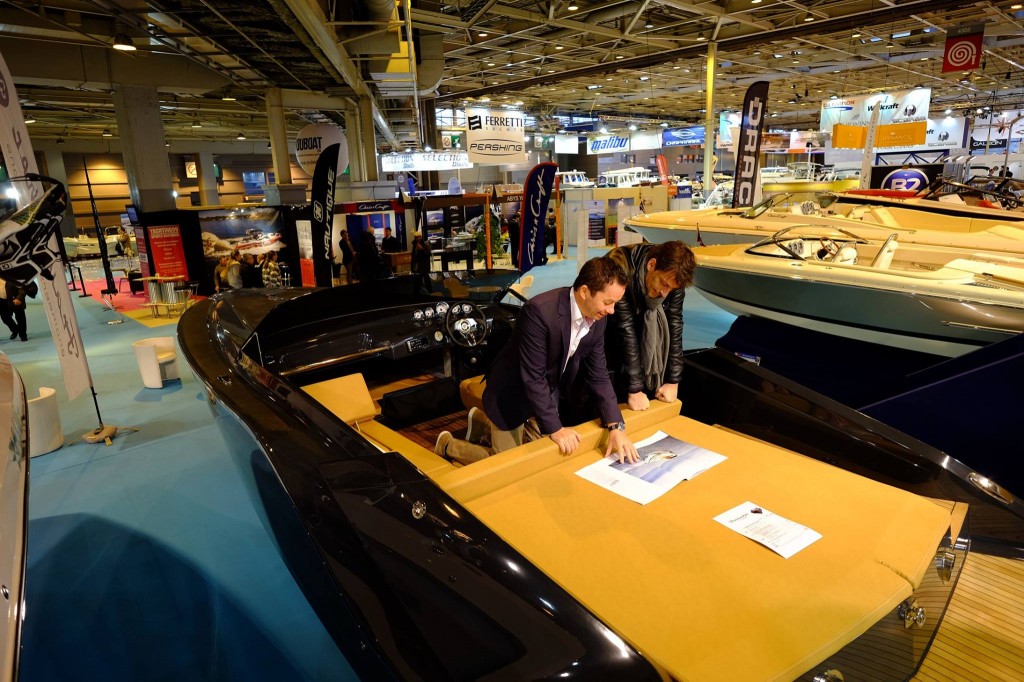 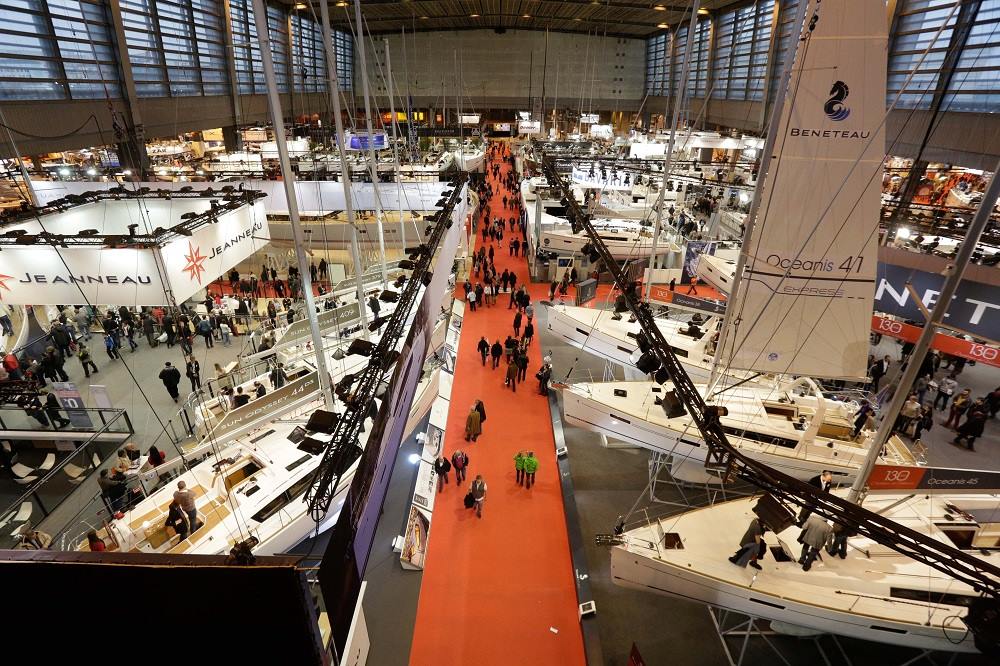 Entre Terre & Mer 2015 welcomed the Extreme Waterman
During the Nautic, the organisers of the Entre Terre & Mer agricultural and marine extravaganza, the third edition of which will take place from 2 to 5 July, announced that they will be playing host to an all-new sporting event: Extrem Waterman, the only triathlon in France created by and for festivals, which is set to bring together over 100 participants. This event will be an opportunity for the local farmers to renew their bond with sailors and together reaffirm the values of their common identity. The principle? A half-marathon on the Ile de Batz (21.1km), a maritime trail (5km) and a huge SUP Race (25km) on the Morlaix River.
The Breton Success Stories at the Nautic
Four of Brittany’s marine protagonists were in attendance this Monday morning on the Bretagne Tendances & Innovations stand (Breton Trends & Innovations -1M52) to discuss their successes and ambitions. In this way, Vianney Ancellin from the ADH Inotec yard described the successes of the Diam 24, which has been selected by the organisers of the Tour de France à la Voile to be the event’s newcraft. Denis Bourbigot, CEO of IDB Marine was present to discuss the Mojito 888,a boat named Yacht of the Year 2015 by Voile Magazine. Michel Chenon, founder of Pontos, the company that perfected the ultra-fast Pontos winch and Thibault Reinhart and Julien Barnet, who developed the textile Ino-Block 3.6, also showcased their products. 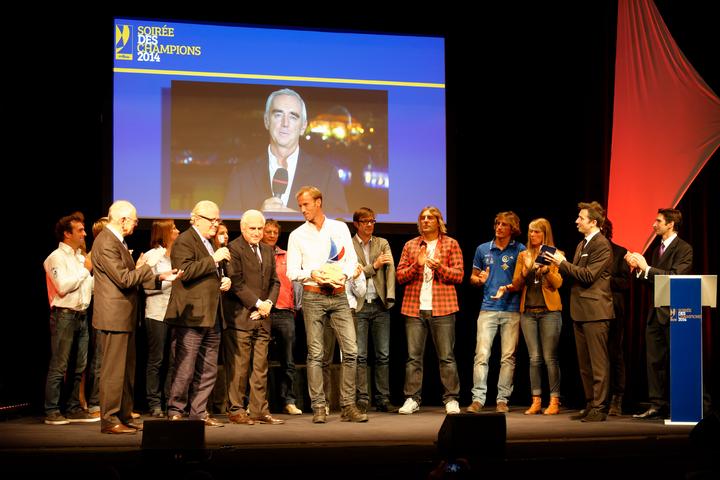 Sailing within sight of the coast, accessing the discreet Breton rias or the exclusive Mediterranean calanques (limestone inlets), such is the dream which carries craft kitted out with an appendage of shallow (bilge keel, catamaran) or variable draught(lifting centerboard/ keel) and made a sterling comeback this year on the main aisle of the Nautic.

Such craft are capable of cruising offshore and anchoring right up close to the shore or pulling up on the beach between tides. In this way, the 2014 edition of the Nautic ranked highly with the presentation of several high performance yachts equipped with a swing keel. A concept notably perfected on the highly seaworthy yachts from the Structures yard, it is repeated on the Pogo 36 and also the atypical Mojito 888 from IDB Marine, the classic Sun Odyssey 349 from the Jeanneau yards and the aesthetically pleasing RM1070 from Fora Marine. With a moveable appendage as high performance as a fixed keel, these craft can sail fast, without in anyway prohibiting access to some of the most beautiful stretches of coast. Somewhat more classic, the ballasted centreboard is the solution adopted by the Dufour 310 and the Bénéteau Océanis 35, which enables their future owners to enjoy the unique experience of beaching on the foreshore.

The CNB 76, the French Exception
The largest yacht ever to be exhibited along the main aisle of the Porte de Versailles venue, she dominates French and international production. A pertinent association of industrial expertise for the structure and the prowess of the top craftsmanship for the fit-out, the CNB 76 designed by Philippe Briand offers a semi-custom luxury craft. Boasting a deck saloon, an owner’s suite, a tender
garage and a technical zone comprising a galley reserved exclusively for the crew, everything aboard has been designed to satisfy even the most demanding clientele in the utmost luxury, with a very competitive quality/price ratio on the flourishing short and long-distance cruising market. 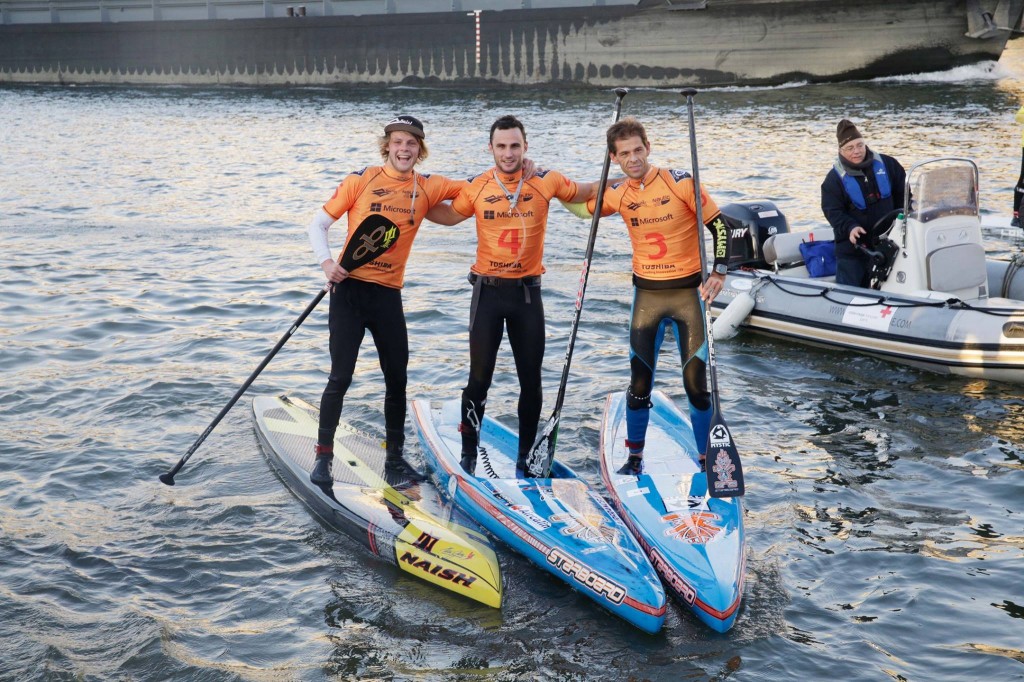 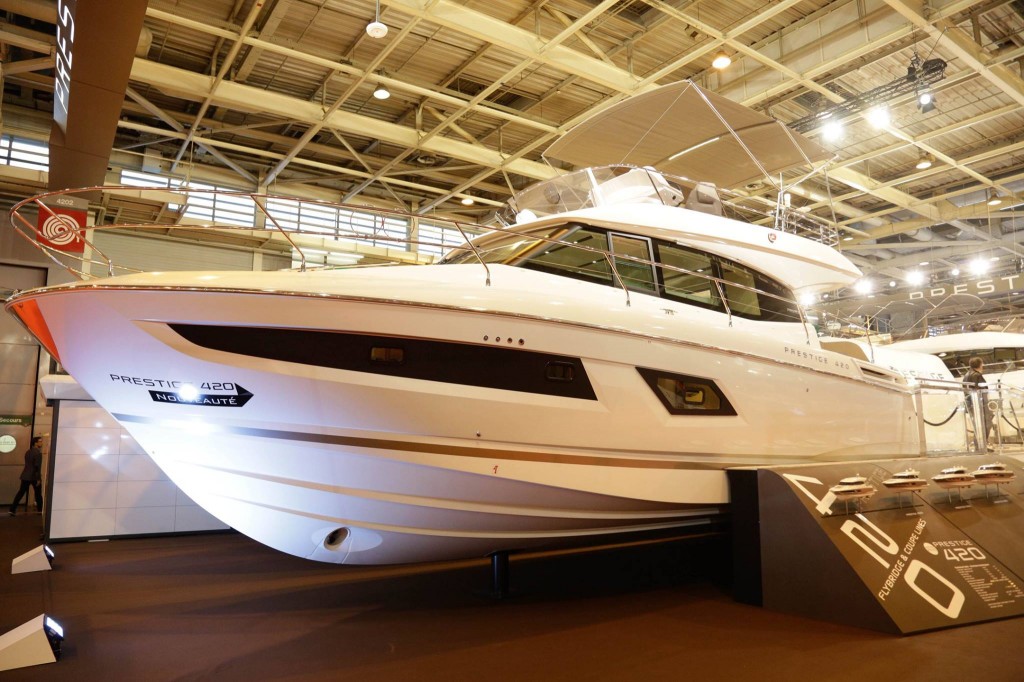 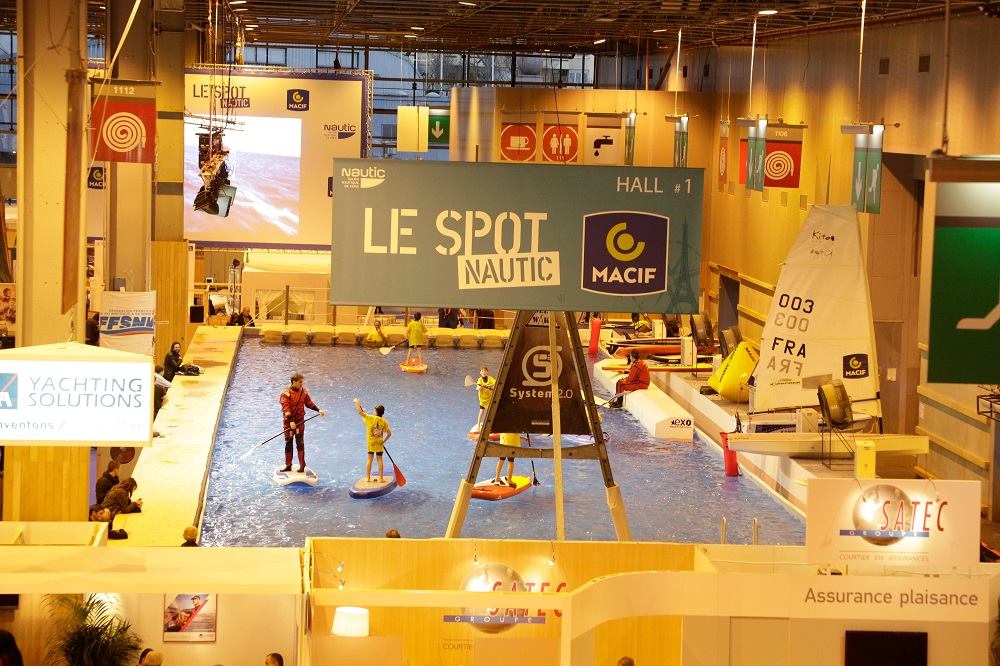