Viasat is recognised internationally for having managed 14 million WiFi hotspots; for having operated a managed hotspot network in nearly 30 countries; and for bringing satellite-enabled in-flight WiFi to major commercial and government aircraft worldwide.

When using the Bentley Advanced Connectivity WiFi system while traveling at speeds of 110 km/h (70 mph), a passenger is able to access a number of simultaneous entertainment and business applications – including high- definition video streaming across multiple devices – with uninterrupted service quality.

Bentley customers simply access the Bentley Advanced Connectivity system via a dedicated app on their smartphone.

Users will benefit from Bentley Skype for Business and significant virtual office applications, such as the ability to access and edit files on the go, hold vital video conferences, conduct multiple meetings and be present for crucial discussions, all in a secure virtual environment.

Bentley Advanced Connectivity is a multi-channel virtual private network (VPN), which can aggregate up to three mobile network operators on one super-fast signal. The connectivity system is placed discreetly inside the Bentley’s boot lid, with the router connected to the on-board DC power supply.

The WiFi router links to a broadband connected hub located at a static site. This hub then links the Bentley system to the broadband connection at the host site, for unparalleled connectivity, reliability and security. 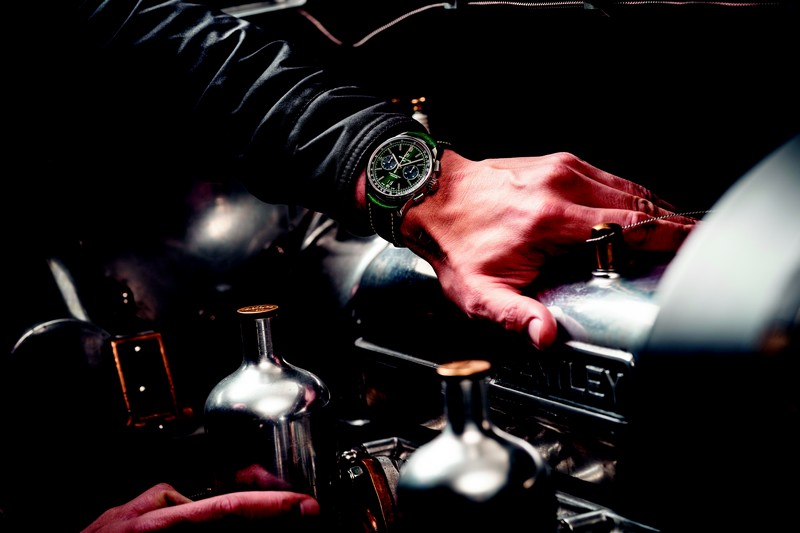 Bentley announced also the renewal of another long-standing collaboration.

Bentley announced the renewal of its long-standing partnership with Breitling, which will see a new generation of  watches which combine purpose with style, dedicated to everyday elegance.

In 2003 Breitling became the first watchmaker entrusted to design an onboard clock for Bentley’s flagship model, the Continental GT. The partnership will see Breitling in­tegrating special Bentley editions into its core product offering rather than in a separate Breitling for Bentley collection. The first of these extraordinary watches is the Premier B01 Chronograph 42 Bentley British Rac­ing Green. Powered by Breitling’s flagship Manufacture Caliber 01 in-house mechanical movement, which is visible through a unique transparent caseback with a metalised Bentley logo, the watch has an impressive 70-hour power reserve.

These timepieces also have an engraved plate with a “Bentley” inscription. Inspi­ration for the design of the plate was taken from the dashboard of the historic supercharged 1929 “Blower” Bentley.

The watch is distinguished by its striking British racing green dial and is available with a choice of a stainless-steel bracelet or a British racing green leather strap that matches the dial. Contrasting subdials are posi­tioned at 3 and 9 o’clock, and a date window is located at 6 o’clock.

When Bentley Motors celebrates its centenary next year, Breitling will launch a dedicated limited-edition time­piece to celebrate 100 years of luxury motoring excel­lence. 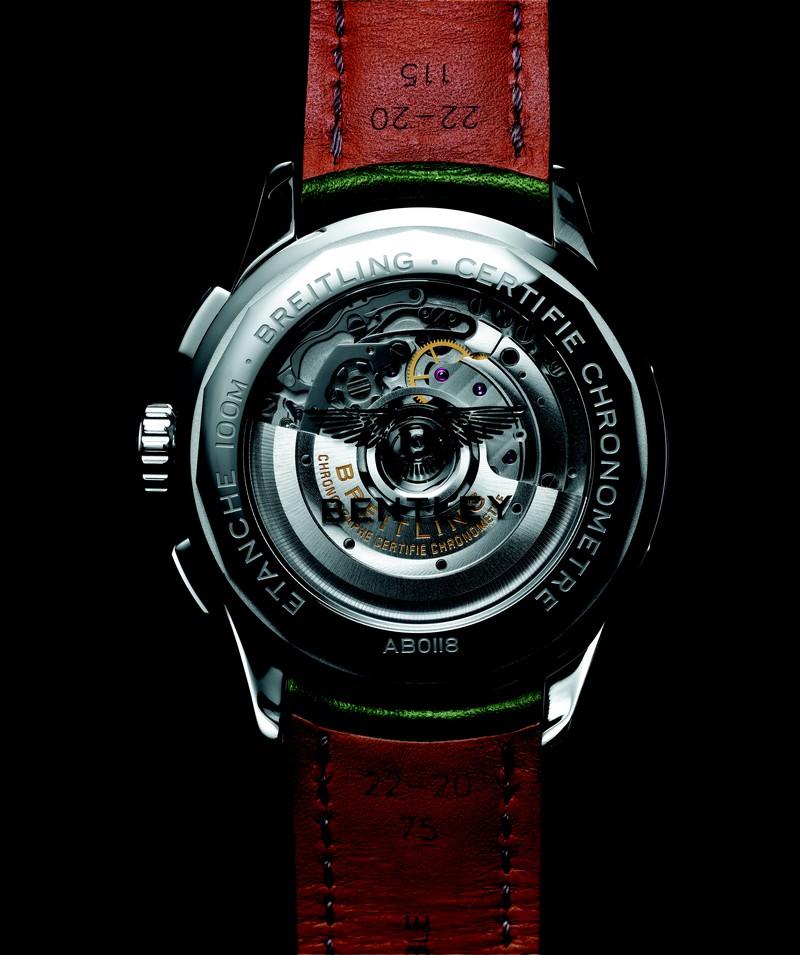 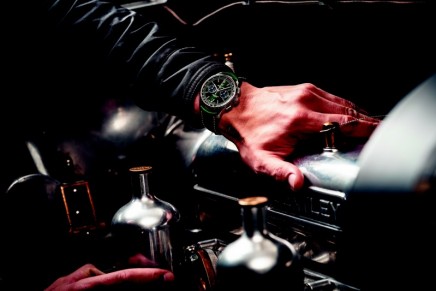 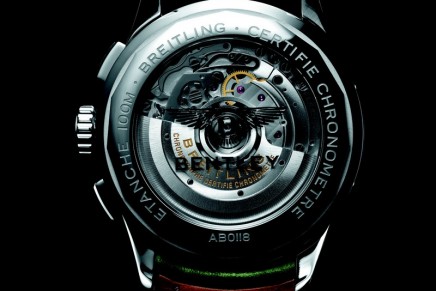