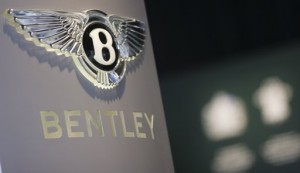 Bentley, which is headquartered in Crewe, northwestern England, said sales rocketed by 69 percent in December alone to 1,059 cars, compared with the same month in 2010.

The United States remained the group’s number one market with a total of 2,021 car sales in 2011 — 32 percent higher than in 2010. But demand was also particularly strong in China, where sales almost doubled to a record 1,839 — making it the company’s second-largest market.