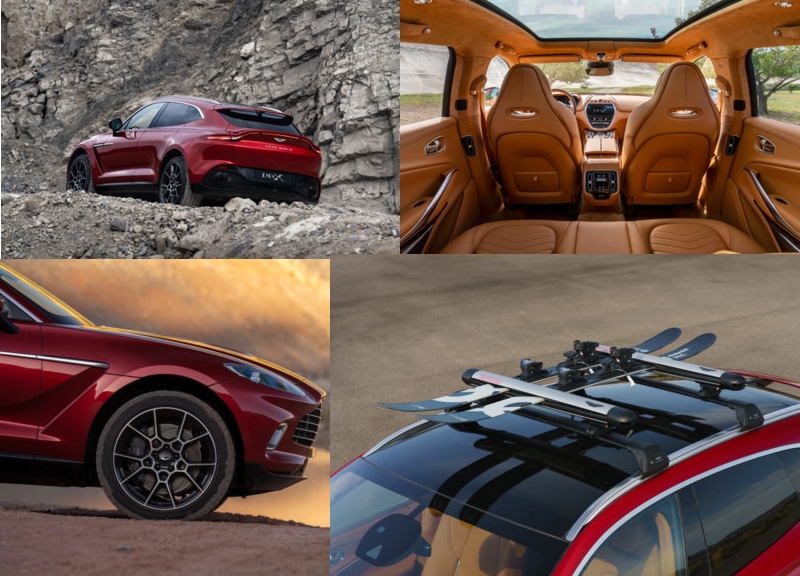 Aston Martin Lagonda has unveiled its first sports utility vehicle in an attempt to compete in the fast growing luxury SUV car market and reverse the 75% slide in its share price since the company floated last year.

The British company, which supplies cars to James Bond in the 007 films, said it hoped the long-awaited £158,000 DBX model would widen its appeal to wealthy women, as almost all of its current customers are men.

The new car, which has a top speed of 181mph and goes from 0-62mph in 4.5 seconds, will emit more than three times as much carbon dioxide as a Ford Fiesta. The DBX travels 19.7 miles per gallon of petrol, compared with an average of 51.7mpg for new cars in the UK.

“I can’t emphasise enough how incredibly exciting and significant DBX is for Aston Martin,” said Andy Palmer, its chief executive. “We have both delivered this model through our expertise, but also by garnering invaluable experience and knowledge from external counsel, including our female advisory board. This is a real landmark for this great British brand and I promise that DBX will reward all who experience it in their everyday lives.”

Palmer did not address the car’s carbon footprint or poor fuel efficiency. In the small print of the car’s particulars, the company said it “targeted” 269g of CO2 emissions per kilometre. This compares with an average of 120.4g/km of new cars registered in the EU, according to the European Environment Agency.

Aston Martin hopes the car, which will built in St Athan, south Wales, on the site where the RAF used to house Vulcan bombers, will help the firm halt a decline in sales and the steep drop in its share price since it floated on the stock market in October 2018.

Shares in Aston Martin, which has gone bankrupt seven times in its 106-year history, have dropped from its initial public offering price of £18 a share to 430p. The shares slid a further 2.6% on Wednesday despite the launch of the DBX, which the company hopes will start rolling-off its production line in spring 2020.

At the launch event held simultaneously in Los Angeles and Beijing, Aston Martin said the DBX had been “very deliberately created with instant familiarity and ease of use from the start”.

“Each button and dial has been carefully positioned following extensive testing from external counsel, including the brand’s female advisory board and multiple customer clinics with HNWIs [high net worth individuals] of mixed demographic, ensuring the cabin develops a feeling of instant familiarity,” the company said.

A spokesman added: “We do intend to make this car much more female-friendly. Until now our customer base has been predominantly male. Except for China where it is 50-50. We want to broaden that out. We’re not talking about making cars only for women, but rather to make our cars more practical for women and families, as well as men.”

Aston Martin set up its female advisory board in 2015. In an interview with Yahoo Finance this year, Carlee Hardaker, Aston Martin’s senior manager of global customer and market intelligence, said the aim was to bring women “into the inner sanctum of Aston Martin, to understand what drives them at emotional level and understand how we can better engage with that growing group of global customers”.

Hardaker, who said that 94% of Aston Martin’s customers are male, added: “It might be that their husband, boyfriend, or son, comes home and says, ‘I’m going to buy myself a supercar’ or’ ‘I’m going to buy a Ferrari or a Lamborghini.’ And the woman says, ‘No, you’re not, it looks like you’re having a mid-life crisis, but you can have an Aston’.”

Some cities across the world are considering banning SUVs because of pedestrian safety and environmental concerns. The mayor of central Berlin has called for them to be prohibited from entering the city centre after the death of four people – including a three-year-old boy and his 64-year-old grandmother – who were hit by a Porsche Macan SUV when it mounted the pavement.