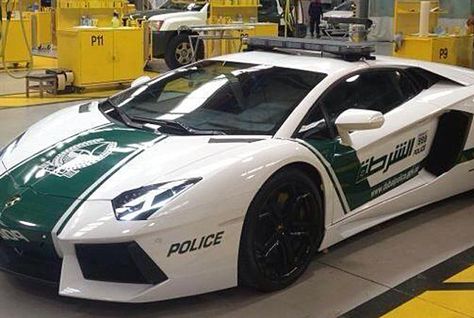 Dubai Police’s, those current fleet includes the Toyota Land Cruiser and the Kia Mohave, has a new surprising and incomprehensible addition. Emirate cops revealed via Twitter their new AED2m ($500,000) Lamborghini. The two-door roadster built the Italian supercar maker, first unveiled by Lamborghini at the Geneva Motor Show in 2011, boasts a 6.5 litre V12 engine with 690 hp.

According to arabianbusiness, Dubai Police tweeted about the announcement: “Latest #Dubai_Police patrols, now at your service”, before adding an online link to the picture of the car, complete with police livery, parked in front of a crowd of tourists in Downtown Dubai.