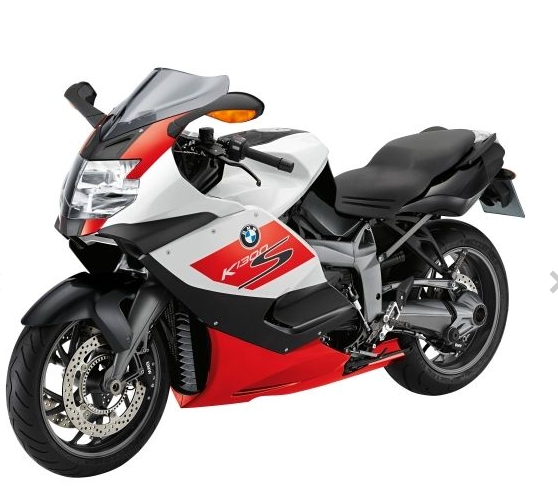 BMW Motorrad’ K 100 launched in 1983 was the first ever BMW fitted with a liquid-cooled 4-cylinder in-line engine and also featuring a completely distinct and – for its time – pioneering technological concept: the BMW Compact Drive System with longitudinally mounted crankshaft and horizontal cylinder bank. This first generation of the K models also ushered in technological innovations such as the first electronic fuel injection system.

The special model K 1300 S “30 Jahre K-Modelle” celebrates the success story of the K series with an extensive range of options and a special colour concept in Alpine white / Sapphire black metallic and Racing red in conjunction with a tinted windshield.

Electronic suspension adjustment ESA II and the Safety Package including RDC and Automatic Stability Control ASC ensure that the K 1300 S “30 Jahre K-Modelle” has a comprehensive set of safety systems in addition to the standard ABS.

The K 1300 S special model “30 Jahre K-Modelle” can be individually supplemented with special accessories and options from the extensive BMW Motorrad range.