Founded in 1907, the traditional international St. Moritz horse races on ice are counted, for good reason, among the official ‘Top Events of Switzerland’. Every year, 35,000 spectators stream onto the frozen lake of St. Moritz on the three race Sundays in order to witness the enthralling scenes and entertaining events against the backdrop of the snow-covered Engadine mountains.

Once again in 2016, with half a million Swiss Francs as prize money, the White Turf will surpass all customary winning sums in Swiss racing sports. With a fabulous prize purse of 111,111 Swiss Francs, the ‘Gübelin – 77th Grand Prix of St. Moritz’, the European Championship on snow, taking place on the third race Sunday, 21st February 2016, occupies an outstanding position. Accordingly, the response from the international equestrian sports’ scene has been excellent, as confirmed by the 25 entry applications received from renowned stables. Just after the official registration finished, a horse from Germany was registered with a late entry. It was purchased at an auction especially for the ‘Gübelin – 77th Grand Prix of St. Moritz’. Currently, 11 horses are registered from Switzerland, 10 from Germany (including the late entry), two from France and three from England.

Hurdle summit – ‘World Snow Hurdle Championship Final’
Besides the equally highly remunerated BMW Trotting races, the ‘World Snow Hurdle Championship Final’ on the second race Sunday, 14th February 2016, will once again be a sporty highlight among the racing events on the frozen lake of St. Moritz, after the successful revival of the hurdle races at last year’s White Turf! The hurdle race, with a prize of 20,000 Swiss Francs, is the race on snow with the highest prize money in the world. It will take place as the final race after two previous hurdle races held on the frozen Obersee (upper lake) in Arosa on 24th and 31st January 2016. The innovative partnership of the two racing organisations offers an additional opportunity for the horses on the starting line in Arosa. 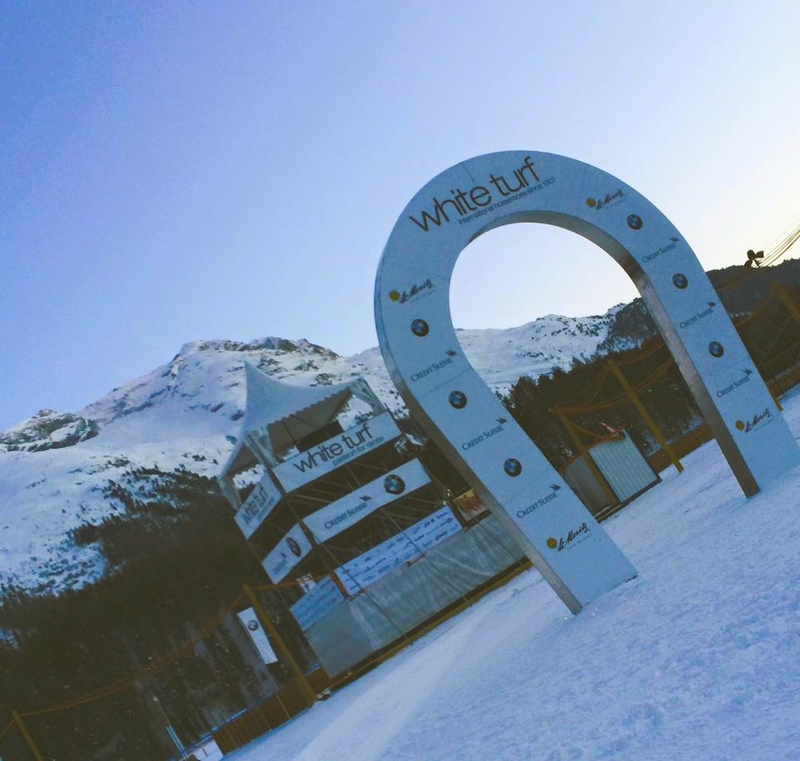 Exclusive Arabian races
The White Turf 2016 will benefit for the fourth time from an exceptional commitment from the Arabian racing stables. They make the long journey in order to compete for victory in thrilling races with the best-thoroughbred Arabians at the ‘H.H. Sheikh Zayed Bin Sultan Al Nahyan Listed Cup’ on the frozen lake of St. Moritz, on the first race Sunday, 7th February 2016. The ‘H.H. Sheikha Fatima Bint Mubarak Ladies World Championship (IFAHR)’ on the third race Sunday, 21st February 2016, will be the most important race, and with a purse of 33,000 Swiss Francs, it is the title race with the highest prize money for ladies in the saddles of noble thoroughbreds at the White Turf.

“The international great importance of the meeting is demonstrated by the extraordinary performance of Astrid Wullschleger, winner of the 2015 White Turf race. This Swiss lady qualified at the White Turf for participation last autumn at the world championships of Arabian races for ladies in Abu Dhabi, where, in addition, she won brilliantly!” explained 2016 White Turf St. Moritz team.

Credit Suisse King’s Cup’
One of the annual major attractions is the world exclusive ‘Credit Suisse Skikjöring’ races. Again in 2016, daredevil drivers on skis will be pulled over a distance of 2,700m by riderless thoroughbreds galloping across the crunchy ice cover at speeds up to 50km/h. Courageous skills, excellent physical condition and skiing proficiency decide who will gather most points on the three race Sundays, and be designated for one year as ‘King of the Engadine’. In addition to the prize money, the day’s winner and, of course, the ‘King of the Engadine’ will each be honoured for the first time in 2016 with an anniversary cup, the so-called ‘Credit Suisse King’s Cup’, created especially for the occasion by the young Swiss artist duo ‘Aubry Broquard’ on behalf of Credit Suisse. 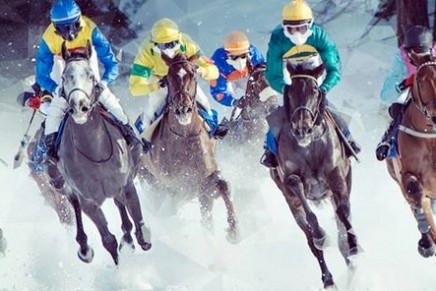 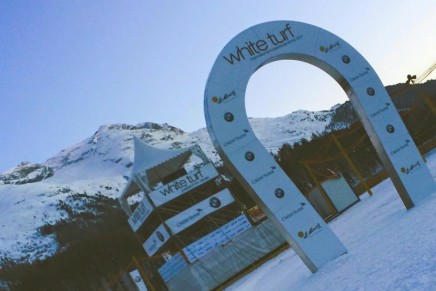 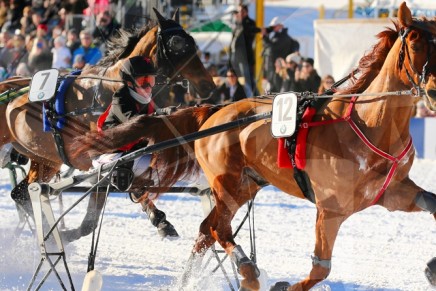 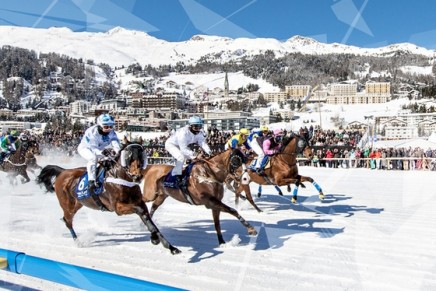 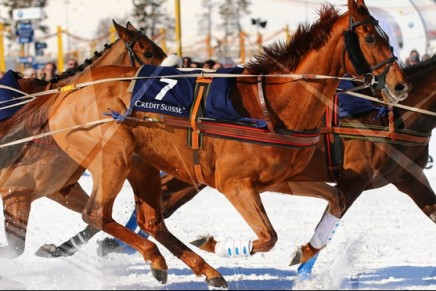 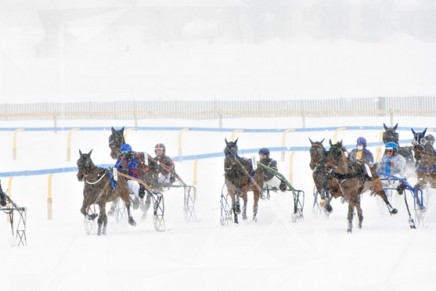 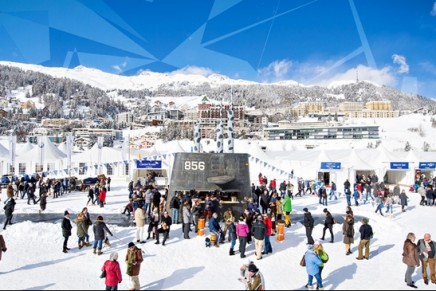